Interview with José Quintero, member of the INVEVAL Factory Committee, by El Militante, newspaper of the Revolutionary Marxist Current (CMR). Read the original in Spanish here. 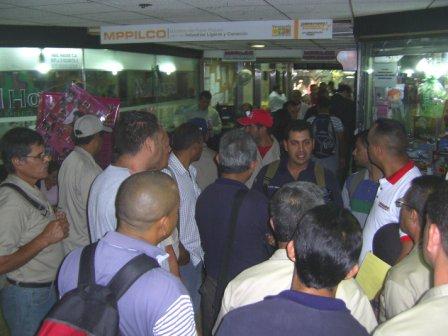 El Militante: José, can you tell us about the reasons for the protests you have organised over the last month?

Jose Quintero: The workers of Inveval and Freteco went to MILCO (Ministry of Light Industry and Commerce) and to several media outlets on November 5th, to demand an immediate and effective reply to our demands. We have been fighting for the expropriation of Inaf, Acerven, Transportes MDS, Gotcha, and for the budget that was promised to Inveval. We did this so that these demands are met. The revolution needs quick answers not bureaucratic delays, and we are falling into the trap of the bureaucracy, which is like a spiders' web. The workers are tired of the bureaucracy, which does not give any answers to the just demands of the workers.

El Militante: It is said that Inveval is not producing and that this shows the failure of workers' management. What is the reason why the plant is not working?

Jose Quintero: We are being sabotaged by the El Palito refinery and the other refineries [which are part of state-owned oil company PDVSA]. They do not want to give us orders. The valves that we have in stock, they are not buying them, and in fact they are importing valves from the United States. We cannot understand that a state-owned company, like Inveval, cannot sell its high quality products because they are being imported from abroad. There is talk of endogenous development, but valves are being imported. Instead of promoting the state-owned companies, they are bringing products from abroad. 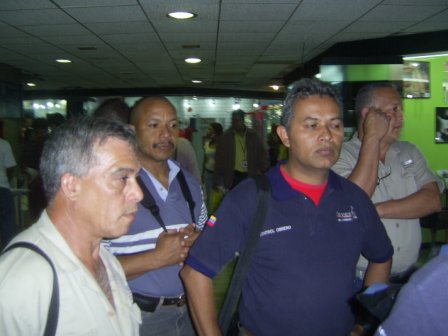 El Militante: Then what you are saying is that the news about the factory not working because of the workers is false.

Jose Quintero: Precisely. This is a concerted campaign of sabotage against workers' control at Inveval. The aim is to discredit workers' management and go back to bureaucratic management. They say that a bureaucratic model, with a directors' board and so on is more efficient than workers' management. Workers' control, in fact, is much more efficient, and this has been proven in practice. At the CAEZ sugar mill one thousand million bolivars went missing, under the supervision of a directors' board. At Inveval, we have efficiently managed a budget of six thousand million and our accounts are open for anyone to check them.

El Militante: If you haven't yet received your 2008 budget in full, how can you survive?

Jose Quintero: Well, right now we have managed to sell some valves, and the ministry gave us the money to pay wages, and we had a balance left over from the previous year. What we want is to be able to run the factory ourselves, generating our own income. We do not want to be a burden on the state, on the contrary, we are capable of fully operating the factory. 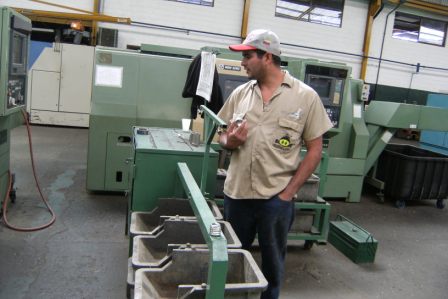 El Militante: Right now, what is the wage of an Inveval worker?

Jose Quintero: One million two hundred thousand [old bolivares], plus the food tickets. We are all receiving the same wage. The social benefits that were owed to us by [the old owner] Sosa Pietri, we still have not received them, because the issue of his compensation payment has not yet been settled. We are also fighting for these social benefits to be paid to us, because if Sosa Pietri is paid in the year 3000, let's say, then we will all be dead and we'll never see this money. We are making a revolutionary proposal, so that these social benefits are paid and deducted from the cost of acquiring Inveval assets.

El Militante: Finally, what is your appeal to other workers in struggle?

Jose Quintero: The appeal to the rest of the workers is this: the financial crisis that the US is experiencing will affect Venezuela. We already have a series of companies, Transporte MDS, Gotcha, Acerven, which have been taken over by the workers and should be expropriated. But from now on, as a result of the crisis of capitalism, more companies will be closed, workers are going to lose their jobs, and the only way, in our opinion, to overcome this capitalist crisis is through workers' control, occupying the factories and putting them under collective management, so that we can have decent living conditions. This is the only way forward. Capitalism is based on the enrichment of a small group, but we are fighting for socialism so that the needs of the majority can be fulfilled, and this is only possible through collective ownership and workers' control.