Details
In Defence of Marxism
01 February 2008

Share
Tweet
This interview with Claudio Bellotti, Editor of FalceMartello and Partito della Rifondazione Comunista National Executive Committee member, was released two weeks ago, before the fall of Prodi's government. It gives a general outlook of why the coalition failed and the general significance of these developments.

What is the general political situation in Italy after the Prodi government came to power in 2006?

The centre-left coalition came to power after five years of Berlusconi. There were some expectations that things could change. But after almost 2 years the balance sheet is absolutely negative. There is huge disillusionment with this government. None of the anti-labour laws made by Berlusconi, regarding for example the job market, have been repealed. Two budget laws were passed, giving huge amounts of money to the companies and the bosses, and introducing tax cuts for them. But the government did nothing for the ordinary people and the working class. They only increased the lowest pensions by 30 Euros per month, which is almost nothing. Actually, there has been a counter-reform of pensions, which was presented as an improvement to a previous counter-reform made by Berlusconi. In fact the reform increased the retirement age. They are trying to reduce public pensions to a minimum level in order to introduce private schemes for pensions. And even worse, the trade union bureaucracy is also involved in these schemes, and therefore it is a sort of general conspiracy of the bosses, the government and of the trade union bureaucracy. 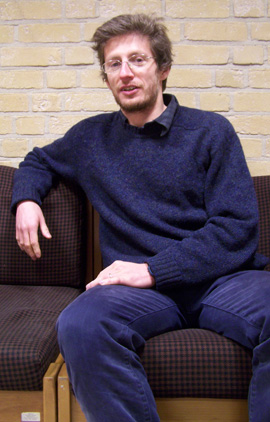 What is the position of the working class?

The social condition of the working class has been worsening for some years. Trade unions commissioned a study, which shows that in the last five years - since the Euro was introduced - the average worker lost 1,900 Euros per year in real terms. About 7 million workers earn less than 1,000 Euros per month.

There are a lot of safety defects in workplaces all over Italy. In the year 2006 1,300 people died at their workplaces. The figure for 2007 is still being worked out, but it seems to be very similar. This issue was brought to the surface last December when there was a big accident in a ThyssenKrupp steel plant in Turin. A fire broke out and seven workers died in that fire, some of them after a very long agony. The mood of the workers was clearly shown the day after that fire when a protest strike broke out. Some leaders of the trade unions and the left who went there and spoke were verbally attacked and booed. The attitude of these workers is that everybody left them alone and nobody really cares about the real problems they are facing. There is a gap between these workers and the official leaders of the trade unions.

During the five years of Berlusconi in power, huge struggles erupted against his policies. The mighty movement was dispersed because of the ineptitude of the leaders of the trade unions and left parties. In the last elections the workers sought an electoral way to get rid of Berlusconi. This opportunity was nearly lost because of the arrogant attitude of the centre-left leaders, whose program could be described as anything but left wing. Nevertheless the workers and youth gave their vote to the left wing and expected changes from the new government. But none of the attacks suffered from the right wing has been reversed by the left parties once in government. For this reason the left wing forces are now discredited, and the general mood is one that you cannot trust anybody. This also led to confusion and crisis amongst all left wing organisations, particularly in the PRC.

There is no fundamental change. They had to withdraw from Nassirya, South Iraq, but did so in close coordination with the US command, and within the frame of a general deal where the government accepted to substantially reinforce the contingent of troops in Afghanistan. On top of that, last summer they sent 3,000 Italian troops to Lebanon. They are involved in a mess in Kosovo, which is the consequence of the previous war in 1999, where the former centre-left coalition participated. They are also slavishly tailing US foreign policy. Prodi's government accepted they join the anti-missile scheme which the US is trying to build. This was decided without any public debate, not even a parliamentary one. On the other hand there is also conflict about building an important US airbase in Vicenza, which led to massive protests and demonstrations, and the movement against it is still going on.

In the last weeks Italy was in the news mainly because of the garbage crisis in Naples. Can you explain a bit of the background of this crisis?

This topic is not new. For many years now there had been connections between companies, criminal organisations and some of the local governments in this region. They used this region as a deposit for all the toxic waste from all over Italy. The criminal organisations offered industries all over Italy to collect their toxic waste, which should be treated properly. For 14 years all the processing of the garbage collection was controlled by special commissioners sent by the national government. But none of them could solve this problem. The general plan was to build waste incinerating plants run by private companies. These plants would be quite polluting and there are well-founded fears that they would spread dioxins and other toxic waste in a rural area where the main resource is agriculture. The same companies who are responsible for organising the recycling, have been simply stocking it, waiting for those incinerators to be built. All this generated an enormous amount of profit for both legal and illegal companies.

After 14 years nobody believes these companies will solve the problem. And nobody has confidence in the centre-left administration which has been in power in this region for 12 years. This is also an indicator of the crisis of the left, because of their inability to address the problems of ordinary working people. Our position is that we first of all kick out all these private companies and begin to organise a serious garbage collection and recycling under workers' control.

What tasks did the bourgeois set themselves?

For the last 15 years the Italian ruling class tried to solve one key problem: they didn't have a single strong reliable bourgeois party to implement their policies. After the dissolution of the Christian Democracy in 1992 they had to rely on different coalitions and different parties which were very unstable. They had Berlusconi's party - which is a bourgeois party, but is a personal property of one particular bourgeois - and that created contradictions. They also had the left wing forces which they utilised in the 1990s.

The main change in Italian politics is the dissolution of the Left Democrats (DS) and the formation of the Democratic Party (PD). This has not been a mere change of name. The formation of the PD could represent the rise of a strong bourgeois party for the first time since decades, and the main tool in coming years to implement the policies of the ruling class. They now managed to gain support from all the main sectors of Italian big business, for example the banks. They are also trying - quite successfully I have to say - to get full control of the trade union movement, expelling the left wing or marginalising it. This is not just another party like we have seen before so many times in Italy, a party that appears for one year and then disappears. This is a strong formation and it will take time to exhaust their control of a vast social basis.

What about the right wing?

All the policies of the centre-left government gave room for the right wing and extreme right wing to manoeuvre, and galvanised their ability to mobilise their supporters. The extreme right wing groups of a neo-fascist type are still weak in parliament. They managed to enter parliament because of an alliance with Berlusconi's party, who provided them places in its own lists, but they are increasingly active and gain ground in society with their anti-immigrant demagogy - even breaking through amongst some layers of the working class. This is clearly a by-product of this government. The right wingers say: "Look at these communists in the government. They are doing nothing for you. We are the only people defending you."

We could face a far more vicious type of right wing in the future. Berlusconi was a nightmare, but after him there could be an even worse right wing. This is not on the agenda tomorrow, but cannot be ruled out as a long or middle term perspective. But it depends mainly on the growth of an alternative from the left. However, the vacuum which has opened between the left wing and working class can also be filled under certain conditions by these sort of parties and forces.

What is the perspective of the left wing and the PRC?

After the next elections - which will probably not take place in 2011, but maybe next year or even this year - the left wing in the PRC will be faced with the alternative between Berlusconi and the new Democratic Party. Both are bourgeois parties, but they are not identical and have differences. A serious left wing party must inevitable set itself the task of being in opposition to both these forces. Should we stand for another centre-left coalition? No! In our opinion this will be a disaster. We think there is no possibility of building an important left wing force without being in competition and in conflict with this new party. We need a clear point of reference on the left, as a clear independent alternative - even if we should risk a sharp fall in parliamentary representation for a period of time. But that's the only way to regain authority and to link with the masses and the workers. We have to defend the idea of class independence within the PRC, the left wing and the trade unions. This will be one of the main debates in the PRC and the left in the future where, as Marxists, we are sure to play an important role.

Thanks for the interview.