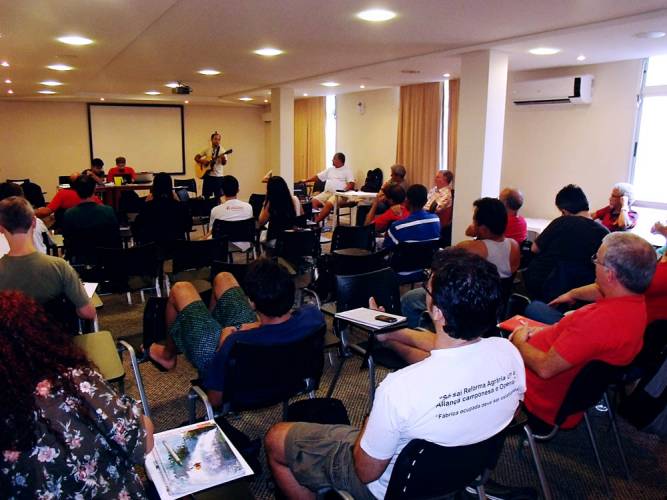 From 15 to 19 March the second Pan American School of the International Marxist Tendency (IMT) was held in Florianópolis, Brazil. Amid the greatest economic, social and political instability of the world capitalist system in decades, the American Marxists have come together to participate in a series of discussions on topical issues on the class struggle and the socialist revolution internationally. 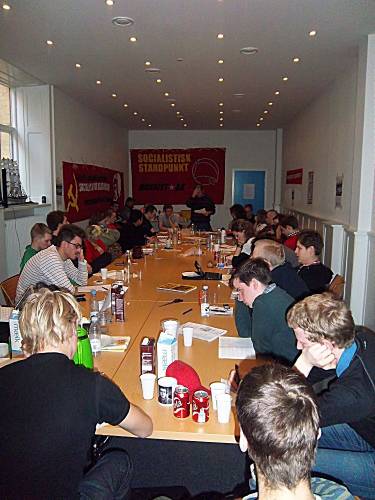 Details
In Defence of Marxism
07 February 2011

The last weekend of January 40 Marxists from Sweden, Britain and Denmark gathered in Copenhagen for the Northern European Marxist Winter School. Even though it was freezing cold outside, the mood at the school was excellent as news from the revolutionary development in the Arab world kept coming in. 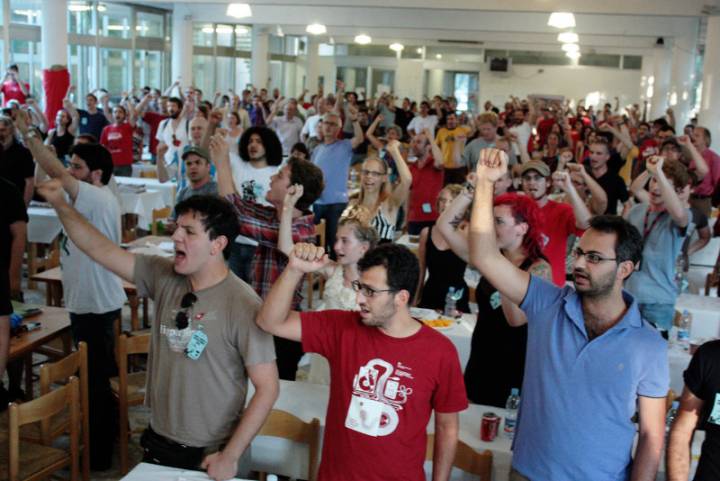 Details
In Defence of Marxism
01 September 2010

The 2010 World Congress of the International Marxist Tendency, which took place in Marina di Massa a seaside town in Tuscany, Italy, from 1 to 8 of August, represented a great step forward for the International.

Details
In Defence of Marxism
04 September 2008

The World Congress of the International Marxist Tendency met in Barcelona at the end of July. The 350 delegates and visitors could feel that after decades of preparation, of defending the ideas of Marxism against the attacks of the bourgeois, the reformists and revisionists, these are now being vindicated by events. The affiliation of four new sections from Brazil, Iran, El Salvador and Switzerland added to this feeling.

Details
In Defence of Marxism
06 September 2007

Every year the IMT organises a Congress, a Conference or a World School. This year’s event was a School and it followed on from the successes of previous years. More countries were represented, new areas have been opened up, and the general feeling is one of a tendency that is going forward, growing in numbers and sections.

Details
In Defence of Marxism
14 September 2006

In July the International Marxist Tendency organised its 2006 World Congress, with comrades attending from over 30 countries. Here we provide a report on the main discussions held, in particular World Perspectives, China and Organisational tasks. It was by far the biggest attended and most successful congress of the Tendency. In the coming period we will also be publishing the documents voted by the Congress.

The International Marxist Tendency organised an international school in Barcelona this summer. Around 250 comrades gathered from all over the world. There were key discussions on Venezuela, Cuba, China and many other questions. Victor Rios, a veteran of the Spanish communist movement and now an advisor to Chavez spoke. The mood was one of enthusiasm and optimism for the future.