India
Share
Tweet
The news that a manager at Graziano, an Italian multinational company, had been lynched recently made the rounds of the world media. Here we provide the facts as provided by the workers in India themselves, which shows that the workers were not responsible. They are being blamed as a tactic to break the workers’ struggle. They need the support and solidarity of workers of all countries. 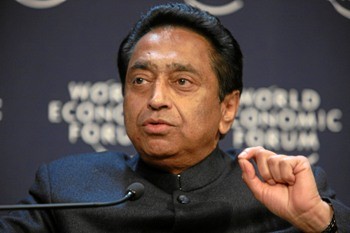 Soon after Monday, 22nd September the news that Lalit Kishore Choudhary, CEO (chief executive officer) and India-head of the multinational Orlion Graziano Trasmissioni, had been killed by furious workers spread throughout the Indian media. All this happened during a meeting which was decisive for the fate of nearly 300 locked-out and 15 dismissed workers.

The whole story of what had happened came out quite a few days later: For the very same day goons were hired by the management to repress the workers by violent means. There was a gunshot of a “security guard” which created panic. As the situation escalated Choudhary was killed, and two other senior managers and at least 10 workers were hurt. The police came to arrest 136 of the workers, 63 were charged with murder and 73 with breach of the peace; 81 are still in jail. On Friday, 17th October the trial started for those who were claimed to be responsible for the death of Choudhary.

So far not a single manager has been imprisoned, in spite of the fact that the workers were physically threatened with arms and even beaten up even for small reasons on a regular base, and they were threatening them with dismissal. Completely ignoring any legal standards or considering the workers’ rights was common practice at Graziano. CCTV cameras were installed at the workplace preventing them from taking even a moment of rest and fans were switched off which lead to terrible heat in the hall. Overtime work – twelve hours a day, seven days a week – was made compulsory. In May of this year there was a complaint to the police against the workers for disturbances caused by the local muscleman of the contractor.

The employers and local authorities were working hand in hand – and the workers were asked to pay 100,000 Rs., a huge amount of money, as bail. Regular workers were sacked and contract workers were employed in their place. The bosses were simply seeking to employ workers with no rights who could be paid less and who were in deep need of some form of income – most of the workers come from very far to find a job in one of the SEZs on the outskirts of Delhi.

Assuming that the employment of local workers may be more problematic, while the workers from other states would remain without support and thus find it difficult to organise, the employers at Graziano used to employ workers mostly from the Eastern parts of Uttar Pradesh, Uttarakhand and Bihar. Local people were employed only as musclemen and contractors to confront and hold back the workers from putting up resistance. According to the company, only 150 of the 650 were contract workers; the workers have explained that in the past three months 400 of them were working on contract.

The conflict at Graziano had been going on since December 2007, when the workers first came up with the demand of higher wages. The second main issue was the unionisation of the plant which the registrar of unions refused them thrice. This summer the management started to lock out workers from the factory after they tried to defend their rights by the means of strike action.

Management finally agreed to take back all the locked out contract workers (except for those 15 who had played a key role in the struggle) under one condition: each of them was to sign an individual apology and an undertaking letter to maintain discipline and productivity, i.e. not to wage any strikes. The deadline to sign or to accept dismissal was the fateful day of 22nd September. Some were about to sign while some others wanted to refuse. One of the workers, Avdesh, was quoted in The Hindustan Times: “The company asked us to write an apology letter saying we had caused violence in the past which forced the lockout. This made me furious and the gathered workers started protesting. However, we did not kill the CEO.” Other workers have been reporting that they went into the office in twos and there were goons inside, beating a man who did not want to apologize.”

The bourgeoisie loudly claimed that they were under threat and that the state had to intervene to protect them. Union Commerce and Industry Minister Kamal Nath stated: “This stray tragic occurrence would not be allowed to mar India’s position as an investment-friendly destination.” Two police officers were sent to fulfil that demand. Still the question of who murdered Choudhary is still to be answered. Also, according to the statements of Samajwadi Party general secretary, Amar Singh, and Choudhary's widow, it is possible that some business rivals sent the killers disguised as workers or as security guards to commit the murder. What is needed now is a stop to repression against the workers, the release of those imprisoned and an immediate investigation to discover the facts.

After all we must not forget that the terrible conditions of the workers at Graziano and the repression they are facing now are not the exception, but the rule in the industrial areas around Delhi, not just in Greater Noida where multinationals like LG, Samsung, Yamaha and Honda have their plants. Honda in Gurgaon became infamous for repressing and brutally beating up their workers in 2005 for the very same reason as happened at Graziano: Their crime was the attempt to build a union. While workers are not only subjected to terrible living conditions and also to physical threats, the capitalists who grab the peasants’ land in Greater Noida, receive support from the state authorities and can pay private security companies – not even to talk about the tax system which is indeed very favourable for them. So, if one compares the situation of the workers and peasants in that region to that of the big businesses, the following question posed by Sarbjit Singh, chairman and managing director of Noble group, manufacturing at Noida, appears as complete cynicism: “If a private business is not doing well, the government does not foot the bill or take care of the losses. Who will support industry during a bad cycle?”

In fact, during the last five years the company had increased its capital from less than 200 million rupees, which grew over to more than 2,400 million. This extraordinary accumulation of wealth is the result of super-exploitation of the workers employed at this establishment. The question we have to ask is the following: Who will support them during a bad cycle that the bourgeoisie wants to unload on to their backs? To support these workers, the Graziano Workers' Solidarity Forum was set up by twelve labour organisations and individuals on 28th September in Delhi. Two workers’ delegates were present at the meeting.

The Forum has already set up a fact-finding team; it provides the workers with legal and financial aid. Last but not least it spreads the truth about the case amongst workers and the wider public. On Monday, 13th September, the text of a leaflet which is to be distributed in Hindi and in English was democratically discussed. For the printing of 8000 copies every organisation present gave Rs. 200, and for its distribution each of them provided between 3 and 25 people. On Thursday, 16th October an impressive demonstration took place on Jantar Manter, the road where all the political assemblies in Delhi take place. 120-130 people took part. The Forum put forward a red transparent saying “Workers of the world unite!” Finally two full sheets of signatures were given to the minister of labour as a sign of protest – with every signature being from a representative of a political group in solidarity with the Graziano workers.

We support the demands of the Forum which are the following: