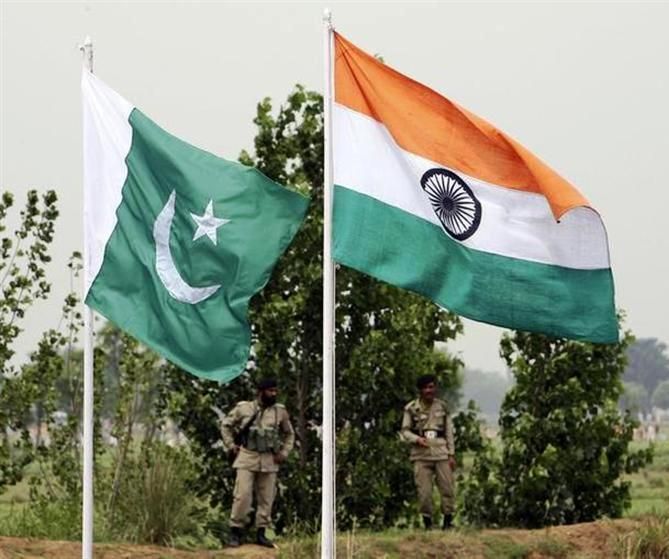 Pakistan and India announced on Wednesday in Islamabad that they were resuming the dialogue on outstanding issues, ending a two-year-long stalemate. The “Comprehensive Bilateral Dialogue,” as it has been named, will include all elements covered under previous versions of the talks: peace and security, confidence-building measures, Jammu and Kashmir, Siachen, Sir Creek, Wullar Barrage, Tulbul Navigation Project, economic and commercial cooperation, counter-terrorism, narcotics control and humanitarian issues, people-to-people exchanges, and religious tourism.

The revival of yet another new round of peace negotiations was announced by Indian External Affairs Minister Sushma Swaraj, who was here to attend the Heart of Asia ministerial conference, after her meetings with Prime Minister Nawaz Sharif and Adviser on Foreign Affairs Sartaj Aziz.

Ever since the reactionary and bloody partition of the subcontinent, the masses have witnessed love and hate, friendship, hostilities, three and a half wars, countless treaties, numerous UN resolutions, and rounds of peace talks between the two capitalist states; but alas, to no avail. In the current epoch of devastating war technology, and in particular being “proud” possessors of deadly nuclear arsenals, the perspective of a full-fledged war is remote. However, it’s very often the case that relations are intentionally strained to extremes, and their paid hirelings in the policy think tanks and corporate media can only resort to whipping up hatred and war hysteria, creating warlike conditions without an actual war, to serve the interests of the ruling elites. Similarly, as the effects of this fabricated enmity and hatred start to wane, they resort to the pretences of peace “initiatives” and “people to people” contacts to dupe the minds of the teeming millions that are being coerced, exploited, and agonised by the rule of capital. In the last analysis, the inference one can draw from the experiences of the last seven decades is that these ruling classes have reached a state of inertia where they can neither go to war nor sustain a durable peace.

This week’s visit of India’s External Affairs Minister Sushma Swaraj is yet another episode of these mockeries of war-and-peace successions. Ever since the BJP government came to power in May last year there has been an accentuated activity of this enmity and friendship theatrics. There was initiation and cancellation of talks, accusations and counter-accusations, and the cycle of this rhetoric accelerated on and on. However, the handshake between Nawaz Sharif and Narindera Modi on the sidelines at the World Climate Summit in Paris was no coincidence at all. It has been subsequently revealed that it was orchestrated and perhaps choreographed by top US and British diplomats who, for their own interests, are desperate to keep these hostilities at a certain sustained and controlled level, without ever abolishing them.

The “adversary” regimes needed a breakthrough to come out of the diplomatic cul-de-sac and plan two high-level visits of Indian leaders to Pakistan. 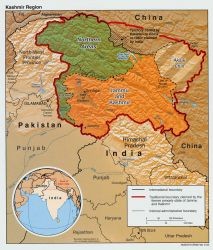 The talks between the National Security Advisors of the two countries in Bangkok, away from the gaze of the nationalistic media outlets of the two countries, provided this much-needed alibi. The appointment of Lt-Gen Nasir Khan Janjua as Pakistan’s NSA also motivated India to go ahead with peace talks. Lt-Gen Janjua represents the Pakistani military that actually is the power in the present democratic façade and calls the shots on most vital issues. It actually determines the decision-making in Islamabad. Ms Swaraj needed a ready platform to announce the resumption of peace talks in Islamabad, and the successful negotiations between the two NSAs in Bangkok gave her that. Delhi and Islamabad gave up their tough positions on two key issues to achieve this result. India agreed to keep Kashmir on the agenda, and Pakistan promised to speed up the trial of those India blames for the 2008 Mumbai attacks.

On the other hand, sections of the Pakistani and Indian capitalist class who are facing a daunting economic decline are desperate to exploit adjacent markets to overcome this burgeoning crisis of the fall in the rate of profit. These vested trade interests of the rotten elites were clearly evident in Sushma Sawaraj’s address to the “Heart of Asia” conference in Islamabad on Wednesday. She said, “Let me take this opportunity to extend our hand to Pakistan as well. It is time the two countries display maturity and self-confidence to do business with each other and strengthen regional trade and cooperation. Similarly, if Afghan trucks could carry Indian products to markets in Afghanistan and Central Asia, that would be the best way to make trucking from Afghanistan cost-effective and viable, and bestow benefits to the whole region.” Here she was, in fact, emphasising the Indian bourgeois’ aspiration to have an overland trade access through Pakistan to Afghanistan and Central Asia. Referring to the pressures of imperialism, Sawaraj said, “The entire world is waiting and rooting for a change. Let us not disappoint them . . . for its part, India is prepared to move our cooperation at a pace which Pakistan is comfortable with . . . The 'Heart of Asia' cannot function if arteries are clogged.” She also announced that Indian Prime Minister Narendra Modi will visit Pakistan next year to participate in South Asian Association for Regional Cooperation (SAARC), and that she would also accompany Narendra Modi during his visit to Pakistan next year.

The more than one-fifth of the human race that resides in this South Asian subcontinent would be more than happy if durable peace and tranquillity comes to this ancient land, particularly since some sections of their leadership never stops repeating that ongoing conflict and hostility hinders growth, development, and poverty alleviation. Yet these very leaders and their reactionary religious bigots incite the violence and hatred that give rise to this climate of enmity and hostility. The imperialist military-industrial complex has a crushing domination over the Congress, Senate, and the Presidency in the US, and needs this hostility to ensure arms sales, at astronomical prices and profits. The states and the military red tapes have their own needs for this conflict to keep on simmering. The massive military expenditures would have no justification if peace and friendship prevailed. The bosses of the nuclear arsenals and the geopolitical strategists of the states, with their hegemonic designs in the region, ensure that such aggressive notions are periodically inflamed to justify their jobs, incomes, and perks.

Let us not forget the real reason for the restoration of aggressive stances, terrorist attacks, bloodletting, and the war hysteria across the borders is the fear of a revolt from below. The ruling elites on both sides have failed to deliver, and have brought misery and destitution for the teeming millions, and have turned this subcontinent which, during ancient times, was a beacon, into a dark pit of misery with the biggest concentration of poverty in the world. With these ruling classes and state bosses in power, chances of any permanent peace and friendship between the two neighbours remains a mirage.

The scars of partition have not disappeared. Rather, they are periodically scratched to keep the wounds of this religiously cleaved incision festering. This partition not only gave birth to Pakistan on the basis of religion, but it also transformed what was left of India. As years passed and socio-economic crisis in the system imposed by imperialism deepened, its political and cultural ramifications on both sides of the Radcliffe Line have become more and more tormenting for the ordinary souls of the region. Pakistan has been for decades submerging into the abyss of Islamic fundamentalist reaction perpetuated by the vicious Zia dictatorship. Now the Hindu bigots, who are slavishly liable and subservient to the reactionary RSS, are ruling India, the largest democracy in the world. The so-called secular and democratic India has been systematically plunging into this reactionary condition with the failure of Indian capitalism to build an evenly modern society. India has rather become a living museum of historical materialism. But this phase of a certain degree of terror and reaction blanketing the region is temporary and superfluous. This is the result of the failure of the left-populists and Stalinists to give a lead and destination to the revolutionary movements that have erupted time and again in this South Asian subcontinent. Capitalism has spurned and debased the working classes and the youth. There is a simmering hatred and revulsion in these societies. This lava is bound to erupt. Once this class struggle explodes, this gimmickry of war and peace and its perpetrators, the ruling elites on both sides of the border, will be swept away by the rising tide of revolutionary socialism.