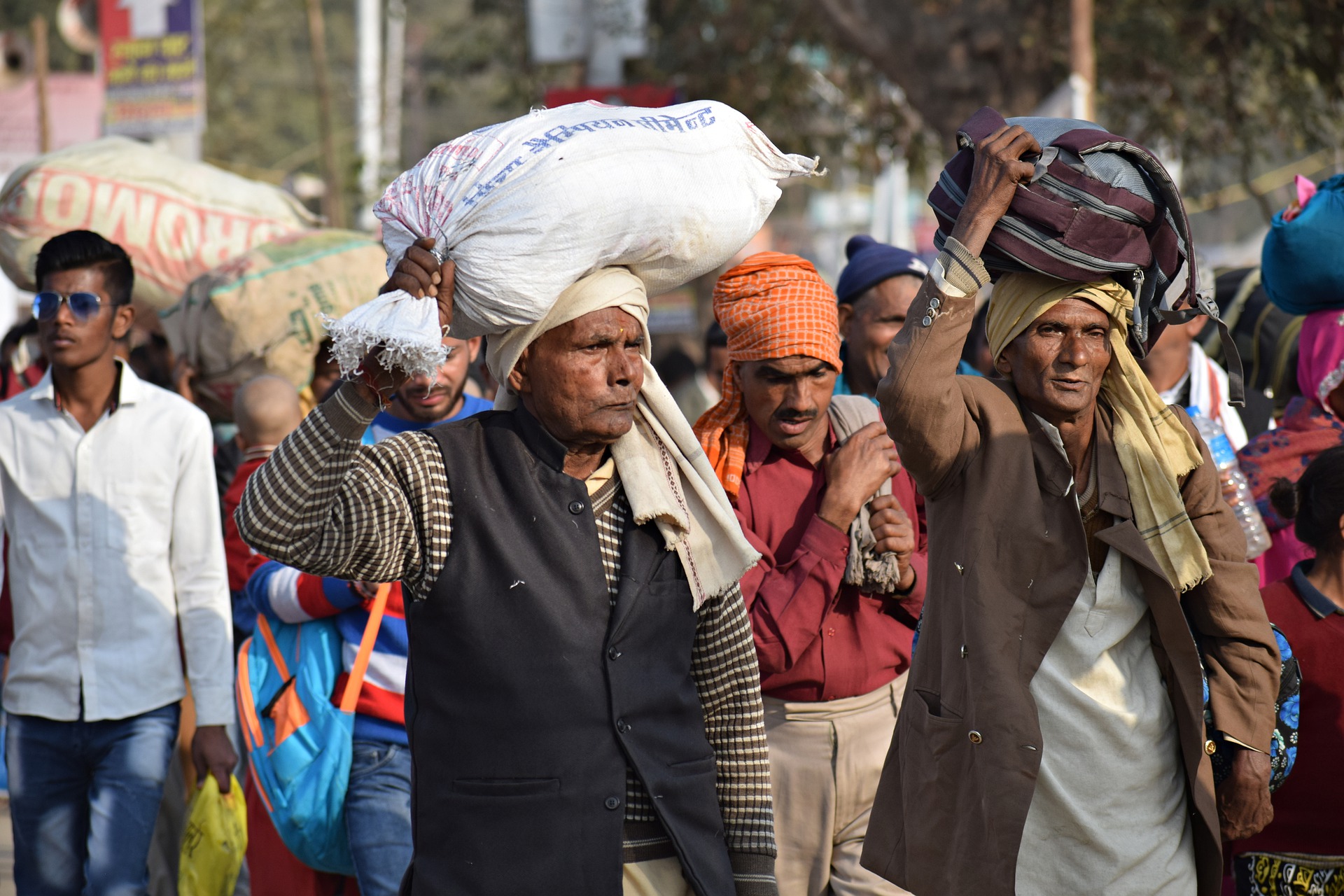 The COVID-19 pandemic has laid bare the contradictions of capitalist society for everyone to see. It has brought to surface the glaring class divide in India. While the wealthy minority enjoy conditions of comfort and privilege, the poor are struggling for their survival.

Indian Prime Minister Narendra Modi is consciously hiding the invisible majority of destitute workers, including migrant labourers. For example, before the lockdown started, Modi arranged a grand reception for the visiting US president called 'Namaste Trump', at a time when COVID-19 cases had already started escalating in India. Modi built a wall to conceal the slums near the venue of the event, home to 2,500 inhabitants and 500 kacha houses (mud houses), sweeping the ugly reality facing millions in India under the rug.

The nationwide lockdown Modi announced on 24 March, with just four-hours’ notice, affected billions of people. A full month after the lockdown was announced, a massive wave of migrant labourers was still seen walking thousands of kilometres back to their homes. This disaster was totally ignored by the bootlicking media barons who serve merely to promote the propaganda and Hindutva agenda of the ruling party.

Migrant workers have faced multiple hardships and were the most-affected by the lockdown. According to an article in the Royal Geographical Society, the workers who have been treated worst are from areas like Odisha, Jharkhand and Chhattisgarh, in which the natural resources have already been extracted by outsiders. Further, workers paid the least for the hardest work belong to the most backward classes, mainly from Dalit and the Adivasi communities. 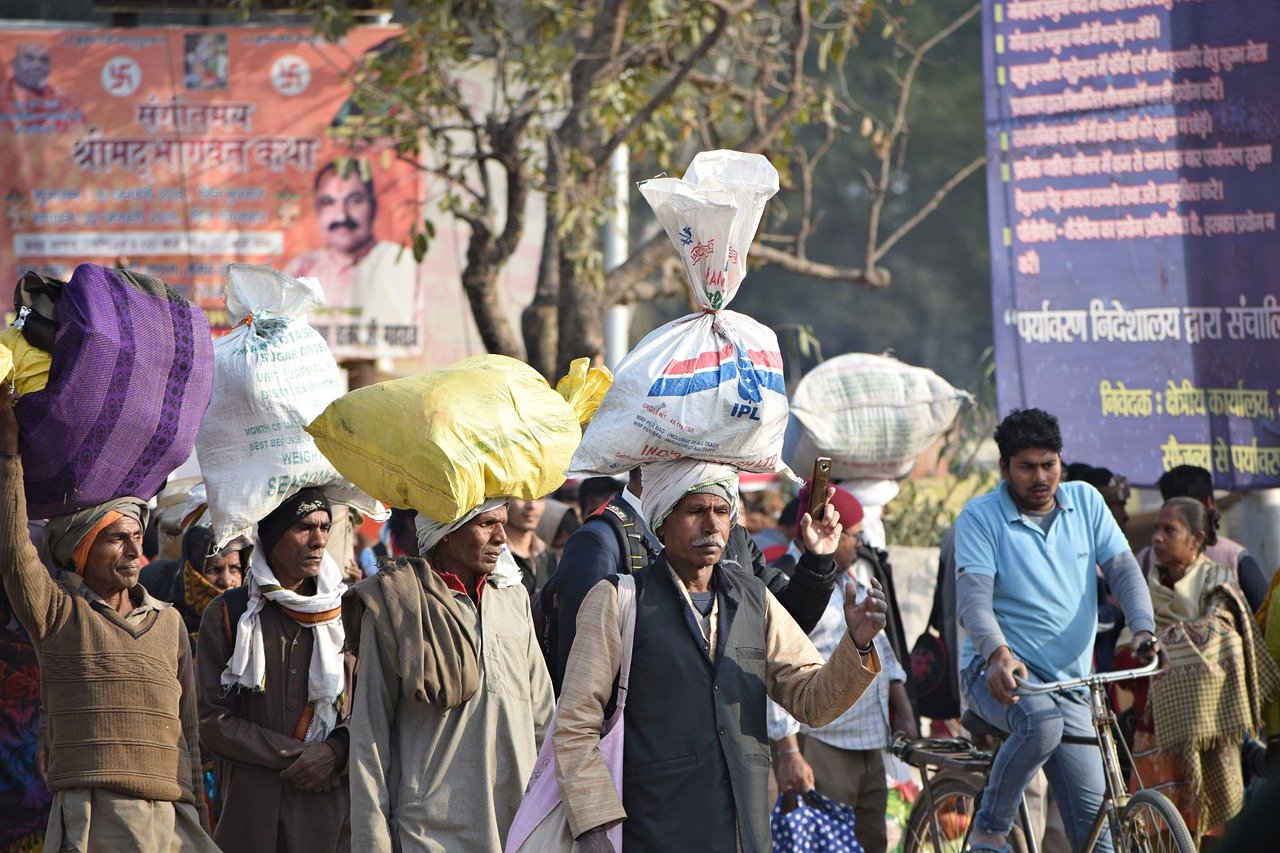 Migrant workers have been most-affected by the lockdown / Image: Pixabay

Migrant workers largely comprise daily-wage labourers, working in the manufacturing and construction industries. They are often denied adequate healthcare, nutrition, housing and sanitation. They are mostly from rural areas but live in cities for work for most of the year. Many have no savings and live in factory dormitories, which were shut due to the lockdown. Additionally, there is no central registry of migrant workers, despite the existence of the Inter-State Migrant Workmen Act of 1979 supposedly establishing one.

With factories and workplaces shut down on 24 March, millions of migrant labourers had to deal with a loss of income, food shortages and uncertainty over their livelihoods. A survey conducted by Stranded Workers Action Network (SWAN) tells us that, in the first month of lockdown, 96 percent of migrant workers didn't receive any rations from the government. 70 percent of workers surveyed had less than Rs.200 ($2.70 USD) to live on. Millions of migrant workers went hungry, couldn't pay rent, and were forced to travel vast distances back to their homes and families, despite public transport also being suspended.

For example, a young woman named Jyoti was forced to pedal 1,200km on a bicycle with her father Mohan (a rickshaw puller with a broken knee) sitting behind her, in order to return to their home village. Many others never made it home. 300 migrant workers have died on the road due to starvation, exhaustion, suicide and police brutality.

In one reported case, 16 people were run over by a train after falling asleep on the railway tracks, while attempting to walk through the railway lines to avoid police brutality, assuming that trains would not be running during the lockdown period. They were going to Madhya Pradesh from Maharashtra on foot, without any transportation facilities. Images of their rotis (bread) scattered on the tracks were viral on social media.

In another case, a woman and her small child took a train from Gujarat to Muzaffarpur station in Bihar. On arriving on the platform, the woman collapsed. A video of the child crying and trying to wake her dead mother also went viral.

The face of exploitation

The lockdown has clearly demonstrated that migrant labourers are the backbone of the Indian economy. The immense wealth they produce in India is extracted by the parasitic ruling class. The government is doing all it can to save capitalism at the cost of workers' lives and rights.

While thousands of migrant workers walked across India in a desperate attempt to survive and reunite with their families, state governments have competed amongst themselves to appear 'industry friendly' by tearing up labour laws. Uttar Pradesh, for instance, has suspended all but a handful of labour laws for next three years, allowing the bosses to exploit workers as much they want without any legal deterrence. The central government has also eroded workers’ rights at a national level. Migrant workers will be thrown into even-more miserable working conditions or unemployment under these new laws.

Capitalism is a disease: it has to go

The crisis in India is getting worse and driving millions more into poverty and misery. All this could have been avoided under a planned economy that puts the lives of people before profits.

The scarcity of health facilities and spending on social infrastructure have been ruthlessly exposed, along the priorities of the government. Instead of nationalising the major production sectors and redistributing wealth to help the toiling masses cope during the lockdown, the government is providing tax cuts to the capitalists and diluting labour laws.

Despite huge bailouts to the corporate sector, the economic crisis in India will deepen and the drastic fall of GDP will continue. Capitalism has become a liability. For mankind to survive, it must die.