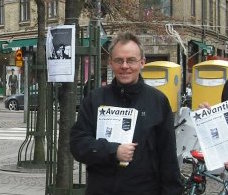 During the night of 7 April, our comrade Martin Oskarsson passed away at the age of 59 years. He was hit by a sudden bout of pneumonia that led to blood poisoning. Despite being under intensive care, it was unfortunately not possible to save him. Our thoughts are with his close friends and relatives.

Martin Oskarsson was one of the most dedicated and loyal members of Revolution and the International Marxist Tendency. He was one of the founders of the paper that is today called Revolution. Because of his illness he was unfortunately unable to be as active as he would have liked during his last years.

Martin joined the Marxist movement in the 1970s and continued being active until the end. He never lost his revolutionary conviction for a second. On the contrary, he maintained his firm belief that the Swedish and international working class both can – and, sooner-or-later, will – change society and build socialism. Martin dedicated his whole life to this cause.

The red region of Ådalen

Martin was a child of his time and birthplace. He grew up in “the red Ådalen”, where some of the greatest battles of the Swedish class struggle were waged. Here, the strike in Sundsvall broke out in 1879 and ushered in an era of unionising in Sweden. Here, the Communist Party – more than in any other place – challenged the dominance of Social Democracy in the trade union confederation LO in the 1930s. During the bitter strike movements throughout 1931–1934, LO and the Social Democracy again and again showed their complete loyalty to the capitalist system – and just how far these reformist, so-called leaders were willing to go to prevent working-class struggle.

Martin was not only well-read in working-class history. He also had a genuinely nuanced and dialectical view on it. Time upon time he explained to younger comrades that history does not have a predetermined course. Neither the victory of Stalinism nor the dominance of Social Democracy was inevitable – Martin always stressed that development is decided by the struggle of living forces. Like he always said: once the working class moves into struggle, there is always a possibility of transforming the workers’ movement into a militant tool for changing society.

When Martin became politically active as a young teenager, many of these battles were long forgotten. Sometimes there is a close connection between the life of an individual and the development of history. This was the case with Martin. At the time of his becoming socialist, the working class moved into action in Sweden and internationally. It led to an immediate crisis of the reformist mass organisations.

A swing to the left followed. In Sweden, Social Democracy was deeply affected, especially young unionists and even more the members of the Social Democratic Youth. Slogans of overthrowing capitalism, stopping the imperialist wars, supporting the struggle of national liberation in different countries – all of this suddenly came to the fore. But early on Martin saw the difference between radicalism in words – and being a genuine revolutionary. 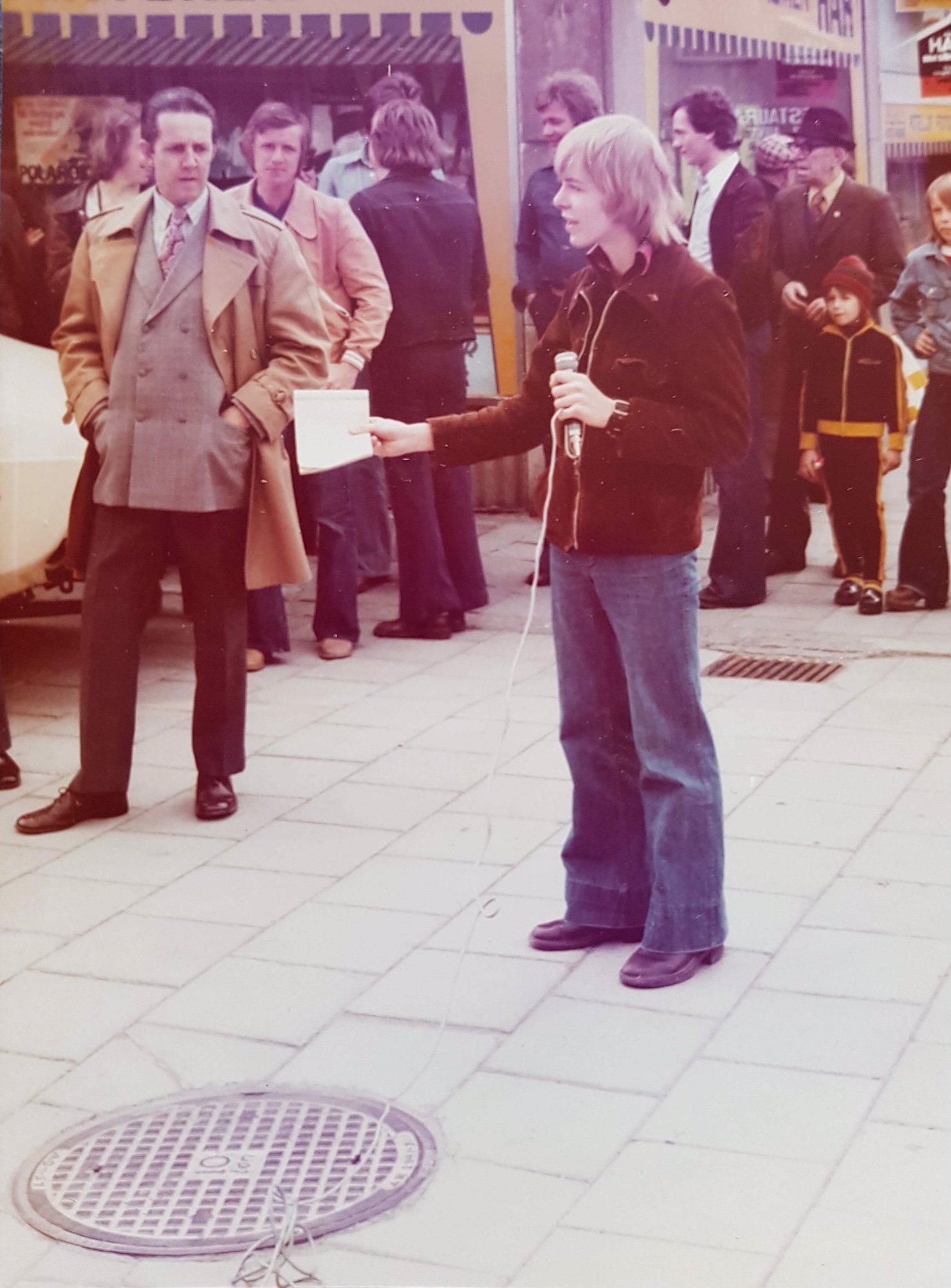 Martin at a protest against the Vietnam War in the 1970s / Image: Revolution

After the 1980s, with the in-part successful struggle of Thatcher and Reagan against ‘socialism’ – and even more after the fall of the Soviet Union – many of Martin’s generation of comrades were demoralised and left the movement. Others went in an ultra-left and sectarian direction. Martin never fell into these traps, but instead tried to use these crises to deepen his understanding of Marxism. He always explained that there’s an important difference between the theoretical preparation for the revolutionary situation that will arrive one day, and the actual ability to act when the time is right. For decades, the Marxists had repeated that the crisis of capitalism also will mean a crisis of reformism. Still – when the leadership of Social Democracy openly went over to the side of the bourgeoisie and started attacking their own ‘welfare state’ – some of the old comrades were shocked.

But Martin just clenched his fists and had another go at it. Time and time again he began from scratch with a new generation of youth. Many of us who knew him, would consider him a bit rough, stubborn and sometimes rigid. But in truth, what other personality could have achieved what Martin did?

Without his unyielding work, especially during the years when he was the only older comrade, it is not likely that the Marxist tendency would have survived in Sweden. He played a decisive role in the building of the IMT in Sweden, especially throughout the years around 2010, when the tendency was rebuilt around the paper now called Revolution. Even though he couldn’t be active towards the end, he was very happy about the success of the younger comrades and always sent enthusiastic and warm praise when he received the reports.

He also educated his son Hannes in Marxism, who became an active member of the IMT.

Martin’s enormous knowledge of Marxist theory, history and the traditions of the movement made him an invaluable teacher for the younger comrades. He was always prepared to speak at length, whether the topic was the political history of South Africa, the Bolshevik party, imperialism, Marxist economics, the Soviet Union, philosophy, working-class struggle in Sweden and a host of other fields.

He always showed up to branch meetings with a new book in his hands that he would place on the meeting table. Maybe the book was about the Spanish Revolution or Rosa Luxemburg, and since he himself had usually read it, he often left the book behind. Many suspected that this was a way to encourage others to read. He always encouraged comrades to study and understand Marxism in depth for themselves, and not just take things for granted.

Many have gotten their first education in Marxism during lengthy meetings and discussions with Martin, where he patiently explained the basic ideas to every young comrade who was prepared to listen. He had an ability to always add something new to a discussion.

Gave everything for the struggle

At the end of his life he ended up in a very tough personal situation after having become very ill. The authorities (Försäkringskassan) denied his application for sick pay despite him having many papers from his physicians proving that he could not work at all. Many are subjected to such psychological and also physical torture under this system. But Martin’s response to this was never individual despair – but political struggle. He wrote many letters to the bourgeois press and articles in Revolution during this time, about how he and others are mistreated, without help from the state.

During this time he took the initiative himself to collect money for the publication of Alan Wood’s book, The History of Philosophy, with a Swedish translation by Hans Åkesson. He showed up to one of Revolution’s meetings with a bag full of books and encouraged everyone to study it. Without knowing philosophy you can not build a revolutionary organization, he urged! 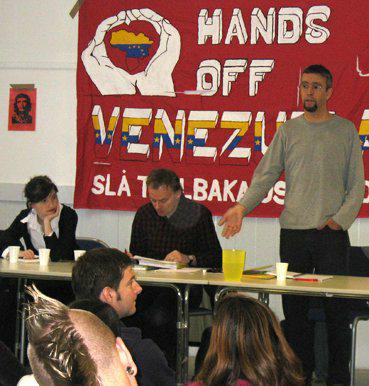 No one was so disinterested in personal flattery as Martin. He understood that we have a task to carry out that is much larger than any single individual. This is the lifeblood of Marxists, as Trotsky summed up:

“Life is not an easy matter…You cannot live through it without falling into frustration and cynicism unless you have before you a great idea which raises you above personal misery, above weakness, above all kinds of perfidy and baseness.”

Martin’s big ideal was socialism: a just and equal world without classes, where no one is being oppressed and everyone can live in full freedom and harmony.

On the shoulders of those who came before us 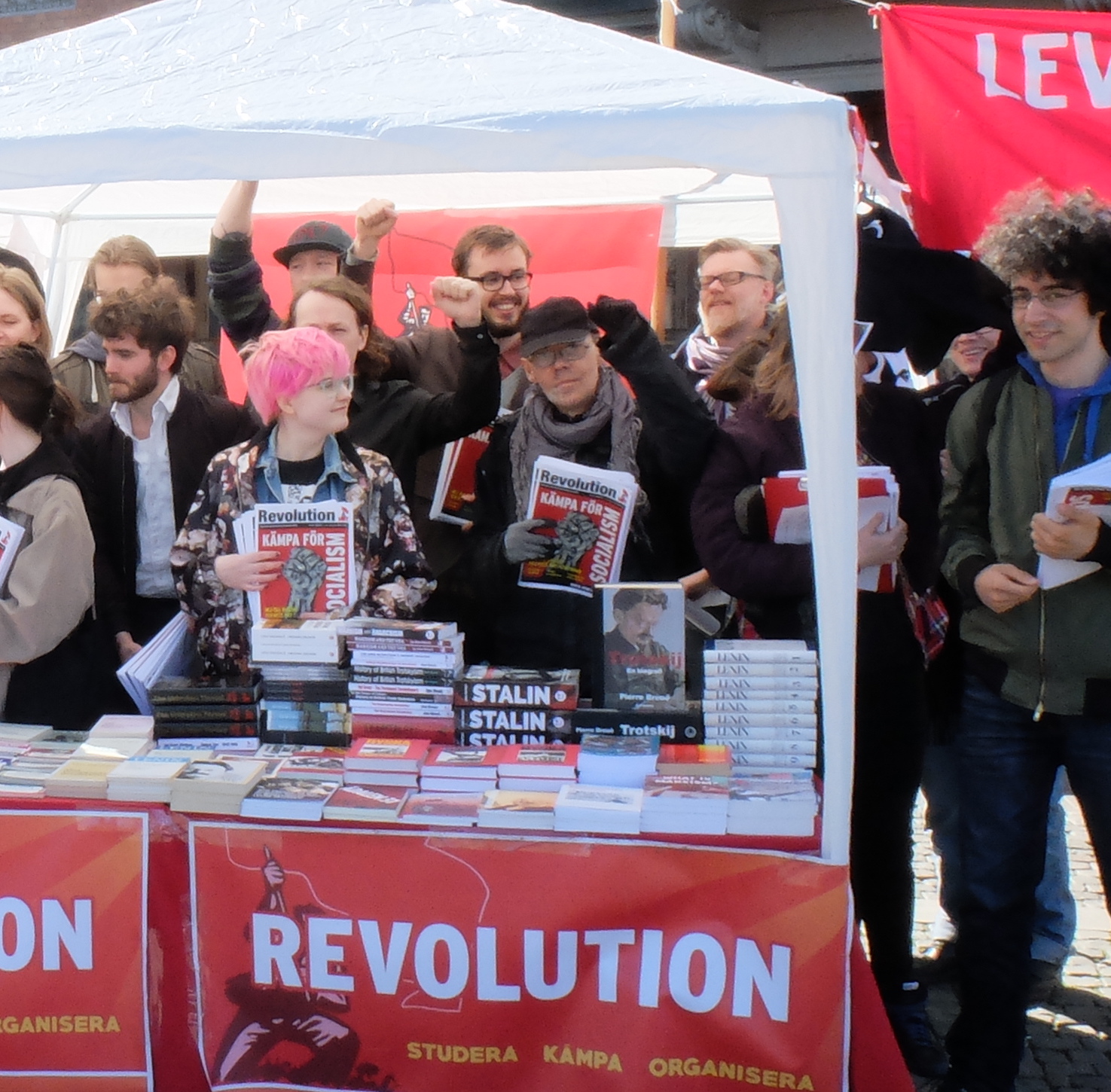 Martin with comrades on 1 May 2017 / Image: Revolution

We remember this revolutionary and class fighter. His struggle will continue to inspire and make its mark on the Swedish class struggle. The ideas he defended until his death – the ideas of Bolshevism – remain the only ideas that can put an end to capitalist barbarism.

Martin was a proletarian revolutionary who never gave up. Without his efforts the Swedish section of the IMT would never have been where it is today. Let his life and struggle be an inspiration to the coming generations of class fighters who are growing up under conditions of capitalist crisis. We can only hope that we will make a contribution that is as loyal, honest and fervent as this dedicated revolutionary.

Note: Martin’s funeral took place on May 4th in Gothenburg. Please send any condolences to editor@marxist.se and copy to hannes.marxist@gmail.com.