Details
In Defence of Marxism
21 January 2019 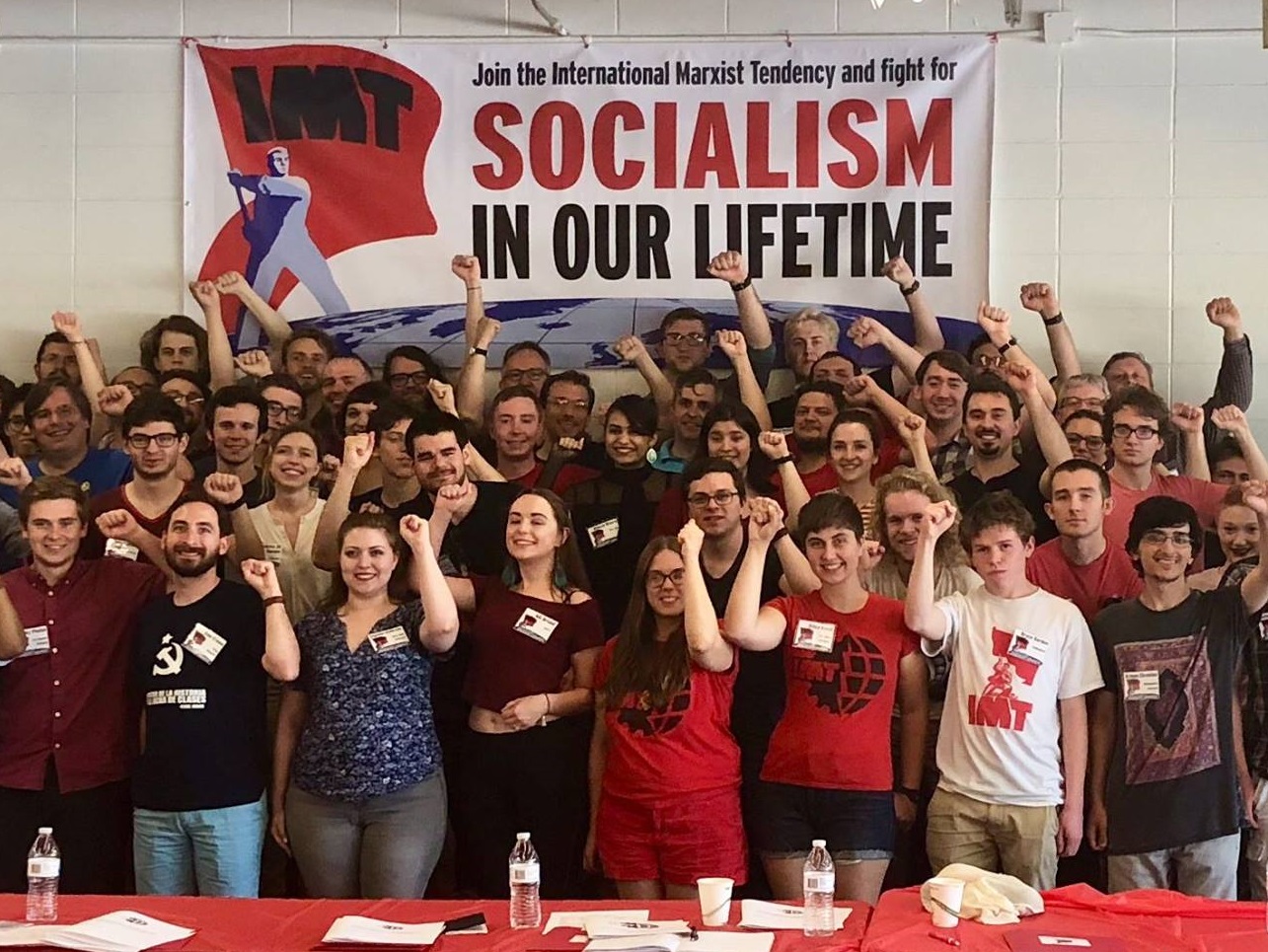 On 11 December 2018, the official Weibo account of the US Embassy in China published a blog post entitled “American University Marxist Students Show Solidarity for Unionization and Strikes” (美国大学生马克思主义社团声援工人组织工会和罢工). In it, the embassy referred to the activities of the International Marxist Tendency (IMT) comrades in the Marxist Student Association (MSA) and their political work in Madison, Wisconsin.

The IMT and MSA support the right to unionise and to strike of all workers in all countries. We support the right of student and labour activists to protest freely without being harassed by the state. But it should be noted that many public sector workers in the US do not have the right to strike, while many workers who do formally have this right have many constraints imposed on them, the purpose of which is to limit their ability to struggle for their rights. It is, therefore, an act of complete hypocrisy for the US government to claim that it supports workers on strike in China when laws like Taft-Hartley and the Taylor Act remain on the books in the US.

Far from being champions of freedom and liberty, the American ruling class have a long and bloody tradition of suppressing trade unions and other mass movements of the workers and poor. Over the last hundred years, there have been countless judicial and extrajudicial killings of labour and civil rights activists by the state, or in collaboration with state institutions. During the era of McCarthyism, a vicious witch hunt was set in motion against anyone even remotely on the left. Extensive political surveillance and harassment programs such as COINTELPRO spied on and made life impossible for countless American citizens—and some were even systematically eliminated. Let us not forget that the murders of Malcolm X, Martin Luther King, Jr., Fred Hampton, and many others are part of the legacy of the US ruling class. Nor should we forget that the US incarcerates more of its citizens than any other country in the world. So to claim that the US is a democratic safe haven for left activists and workers and a model of freedom is absolutely false.

To be clear, the US government, including the State Department, CIA, etc., represents the interests of the US capitalists. These interests are in direct contradiction with the interests of the international working class. We fervently believe that the American working class is duty-bound to support the struggles of workers wherever they may take place. However, such support must always be strictly independent of the US government.

This is why the IMT and MSA categorically reject any and all attempts to use the activities of American socialists and trade unionists to further the policy objectives of US imperialism.