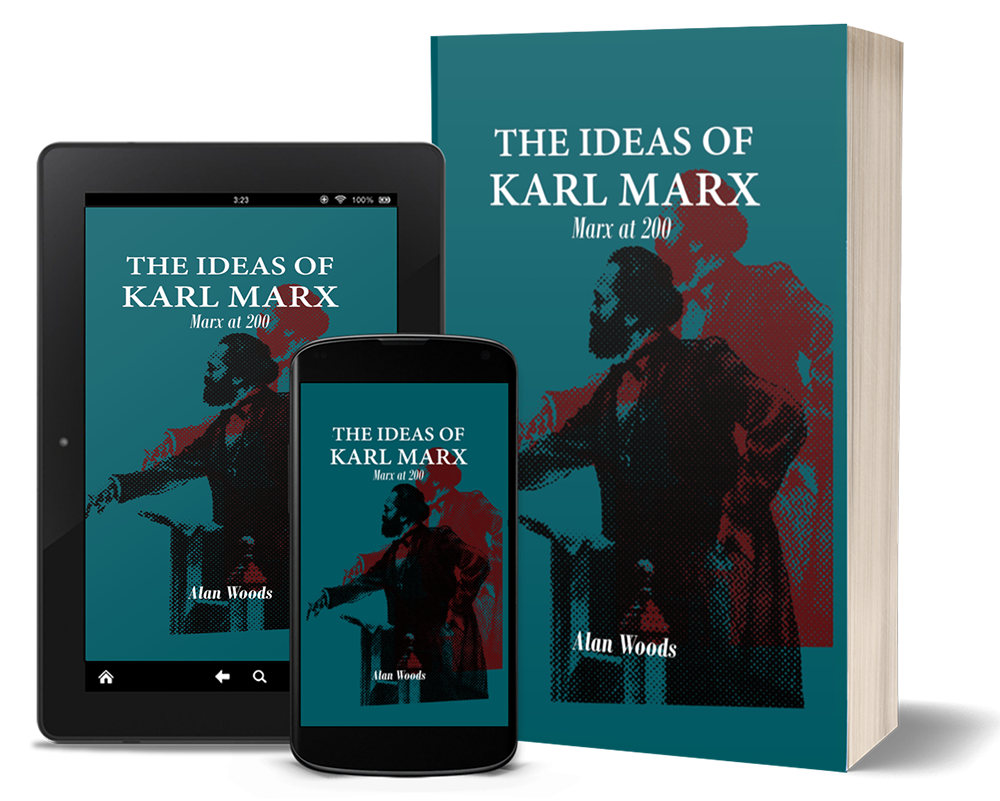 Throughout the civilised world the teachings of Marx evoke the utmost hostility and hatred of all bourgeois science (both official and liberal), which regards Marxism as a kind of ‘pernicious sect’. And no other attitude is to be expected, for there can be no ‘impartial’ social science in a society based on class struggle. In one way or another, all official and liberal science defends wage-slavery, whereas Marxism has declared relentless war on that slavery. To expect science to be impartial in a wage-slave society is as foolishly naïve as to expect impartiality from manufacturers on the question of whether workers’ wages ought not to be increased by decreasing the profits of capital.

But this is not all. The history of philosophy and the history of social science show with perfect clarity that there is nothing resembling ‘sectarianism’ in Marxism, in the sense of its being a hidebound, petrified doctrine, a doctrine which arose away from the high road of the development of world civilisation. On the contrary, the genius of Marx consists precisely in his having furnished answers to questions already raised by the foremost minds of mankind. His doctrine emerged as the direct and immediate continuation of the teachings of the greatest representatives of philosophy, political economy and socialism.

The Marxist doctrine is omnipotent because it is true. It is comprehensive and harmonious, and provides men with an integral world outlook irreconcilable with any form of superstition, reaction, or defence of bourgeois oppression. It is the legitimate successor to the best that man produced in the nineteenth century, as represented by German philosophy, English political economy and French socialism.

It is these three sources of Marxism, which are also its component parts, that we shall outline in brief.

The philosophy of Marxism is materialism. Throughout the modern history of Europe, and especially at the end of the eighteenth century in France, where a resolute struggle was conducted against every kind of medieval rubbish, against serfdom in institutions and ideas, materialism has proved to be the only philosophy that is consistent, true to all the teachings of natural science and hostile to superstition, cant and so forth. The enemies of democracy have, therefore, always exerted all their efforts to ‘refute’, undermine and defame materialism, and have advocated various forms of philosophical idealism, which always, in one way or another, amounts to the defence or support of religion.

Marx and Engels defended philosophical materialism in the most determined manner and repeatedly explained how profoundly erroneous every deviation from this basis is. Their views are most clearly and fully expounded in the works of Engels: Ludwig Feuerbach and Anti-Dühring, which, like the Communist Manifesto, are handbooks for every class-conscious worker.

But Marx did not stop at eighteenth-century materialism; he developed philosophy to a higher level, he enriched it with the achievements of German classical philosophy, especially of Hegel’s system, which in its turn had led to the materialism of Feuerbach. The main achievement was dialectics, i.e., the doctrine of development in its fullest, deepest and most comprehensive form, the doctrine of the relativity of the human knowledge that provides us with a reflection of eternally developing matter. The latest discoveries of natural science – radium, electrons, the transmutation of elements – have been a remarkable confirmation of Marx’s dialectical materialism, despite the teachings of the bourgeois philosophers with their ‘new’ reversions to old and decadent idealism.

Marx deepened and developed philosophical materialism to the full and extended the cognition of nature to include the cognition of human society. His historical materialism was a great achievement in scientific thinking. The chaos and arbitrariness that had previously reigned in views on history and politics were replaced by a strikingly integral and harmonious scientific theory, which shows how, in consequence of the growth of productive forces, out of one system of social life another and higher system develops – how capitalism, for instance, grows out of feudalism.

Just as man’s knowledge reflects nature (i.e., developing matter), which exists independently of him, so man’s social knowledge (i.e., his various views and doctrines – philosophical, religious, political and so forth) reflects the economic system of society. Political institutions are a superstructure on the economic foundation. We see, for example, that the various political forms of the modern European states serve to strengthen the domination of the bourgeoisie over the proletariat.

Marx’s philosophy is a consummate philosophical materialism which has provided mankind, and especially the working class, with powerful instruments of knowledge.

Classical political economy, before Marx, evolved in England, the most developed of the capitalist countries. Adam Smith and David Ricardo, by their investigations of the economic system, laid the foundations of the labour theory of value. Marx continued their work; he provided a proof of the theory and developed it consistently. He showed that the value of every commodity is determined by the quantity of socially necessary labour time spent on its production.

Where the bourgeois economists saw a relation between things (the exchange of one commodity for another) Marx revealed a relation between people. The exchange of commodities expresses the connection between individual producers through the market. Money signifies that the connection is becoming closer and closer, inseparably uniting the entire economic life of the individual producers into one whole. Capital signifies a further development of this connection: man’s labour power becomes a commodity. The wage-worker sells his labour power to the owner of land, factories and instruments of labour. The worker spends one part of the day covering the cost of maintaining himself and his family (wages), while the other part of the day he works without remuneration, creating for the capitalist surplus value, the source of profit, the source of the wealth of the capitalist class.

The doctrine of surplus value is the corner-stone of Marx’s economic theory.

Capital, created by the labour of the worker, crushes the worker, ruining small proprietors and creating an army of unemployed. In industry, the victory of large-scale production is immediately apparent, but the same phenomenon is also to be observed in agriculture, where the superiority of large-scale capitalist agriculture is enhanced, the use of machinery increases and the peasant economy, trapped by money-capital, declines and falls into ruin under the burden of its backward technique. The decline of small-scale production assumes different forms in agriculture, but the decline itself is an indisputable fact.

By destroying small-scale production, capital leads to an increase in productivity of labour and to the creation of a monopoly position for the associations of big capitalists. Production itself becomes more and more social – hundreds of thousands and millions of workers become bound together in a regular economic organism – but the product of this collective labour is appropriated by a handful of capitalists. Anarchy of production, crises, the furious chase after markets and the insecurity of existence of the mass of the population are intensified.

By increasing the dependence of the workers on capital, the capitalist system creates the great power of united labour.

Marx traced the development of capitalism from embryonic commodity economy, from simple exchange, to its highest forms, to large-scale production.

And the experience of all capitalist countries, old and new, year by year demonstrates clearly the truth of this Marxist doctrine to increasing numbers of workers.

Capitalism has triumphed all over the world, but this triumph is only the prelude to the triumph of labour over capital.

When feudalism was overthrown and ‘free’ capitalist society appeared in the world, it at once became apparent that this freedom meant a new system of oppression and exploitation of the working people. Various socialist doctrines immediately emerged as a reflection of and protest against this oppression. Early socialism, however, was utopian socialism. It criticised capitalist society, it condemned and damned it, it dreamed of its destruction, it had visions of a better order and endeavoured to convince the rich of the immorality of exploitation.

But utopian socialism could not indicate the real solution. It could not explain the real nature of wage slavery under capitalism, it could not reveal the laws of capitalist development, or show what social force is capable of becoming the creator of a new society.

Meanwhile, the stormy revolutions which everywhere in Europe, and especially in France, accompanied the fall of feudalism, of serfdom, more and more clearly revealed the struggle of classes as the basis and the driving force of all development.

Not a single victory of political freedom over the feudal class was won except against desperate resistance. Not a single capitalist country evolved on a more or less free and democratic basis except by a life-and-death struggle between the various classes of capitalist society.

The genius of Marx lies in his having been the first to deduce from this the lesson world history teaches and to apply that lesson consistently. The deduction he made is the doctrine of the class struggle.

People always have been the foolish victims of deception and self-deception in politics, and they always will be until they have learnt to seek out the interests of some class or other behind all moral, religious, political and social phrases, declarations and promises. Champions of reforms and improvements will always be fooled by the defenders of the old order until they realise that every old institution, however barbarous and rotten it may appear to be, is kept going by the forces of certain ruling classes. And there is only one way of smashing the resistance of those classes, and that is to find, in the very society which surrounds us, the forces which can – and, owing to their social position, must – constitute the power capable of sweeping away the old and creating the new, and to enlighten and organise those forces for the struggle.

Marx’s philosophical materialism alone has shown the proletariat the way out of the spiritual slavery in which all oppressed classes have hitherto languished. Marx’s economic theory alone has explained the true position of the proletariat in the general system of capitalism.

Independent organisations of the proletariat are multiplying all over the world, from America to Japan and from Sweden to South Africa. The proletariat is becoming enlightened and educated by waging its class struggle; it is ridding itself of the prejudices of bourgeois society; it is rallying its ranks ever more closely and is learning to gauge the measure of its successes; it is steeling its forces and is growing irresistibly.

1This article was originally published in 1913 in Prosveshcheniye (Enlightenment) No. 3, dedicated to the Thirtieth Anniversary of Marx’s death.