Details
In Defence of Marxism
17 December 2010 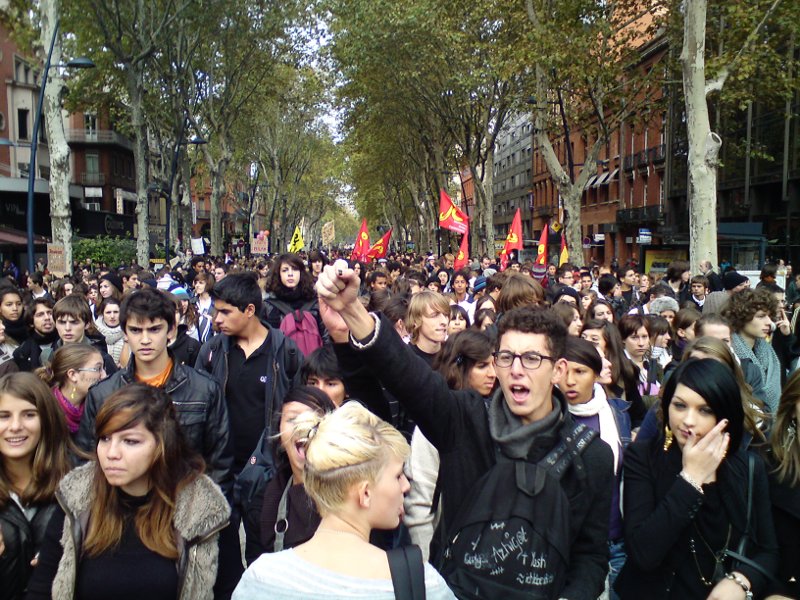 2010 has been a very important year in the struggle against Capitalism and recent events bring to the fore, more now than ever before, the need for Marxist ideas. On our website we have provided analysis and updates on the most important events in this crucial year but we need your help to continue, and expand, this work.

In the past six months the world situation has become increasingly unstable. The attempt by the Capitalist class to make the working class pay for the economic crisis is sparking protests across Europe. It started in Iceland and was this year followed by Greece, Spain, Portugal, France, Ireland and even the usually slow-moving British. The situation from the point of view of the Capitalist class is moving from bad to worse. From a Marxist point of view, the situation is improving by the day as workers and youth draw radical conclusions.

In Defence of Marxism has been able to explain these developments in advance. Already before the crisis, when the apologists of Capital and the reformists of the labour movement where declaring the end to economic crises and class struggle, we explained the contradictions that were building up in the world economy and would eventually cause a crisis. When the crisis finally hit 2007, we were one of the few to warn about the tremendous importance of the bursting bubble in the sub-prime mortgage market (“A financial September 11”). We have persistently argued the point, and we will continue to do so, that this is a crisis of the Capitalist system for which there is only one real solution – socialism. 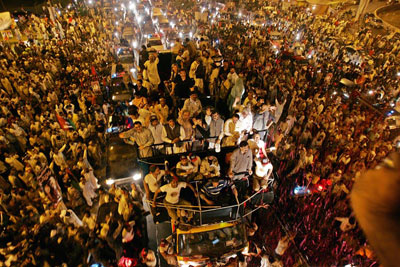 Benazir Bhutto returning and greeted by millions As the crisis unfolded we have provided our readers with ongoing analysis of the latest events. At the end of 2007, the Musharraf regime in Pakistan collapsed as Benezir Bhutto returned to find a mass movement awaiting her. In 2008, we explained on the day after the election of Obama that “nothing fundamental has changed” and that the unions will begin to come under pressure to break with the democrats (Welcome to the “School of the Democrats”), which is precisely what occurred this November. 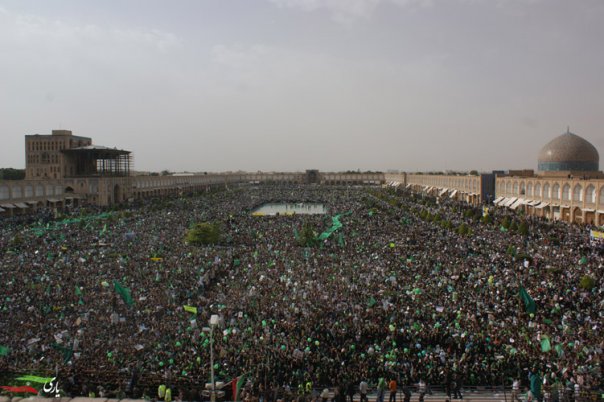 Mass rally in Iran. We provided analysis of the events that led up to the fall of the Icelandic government in January 2009, the first government to fall as a result of the crisis. Already back in 1999 we explained how the movement of the students was the “first shots of the Iranian Revolution”, something that was proven correct in 2009, when Iran exploded after electoral fraud deprived the masses of a victory in the polls. That same summer and autumn we also saw the mass movement against the coup in Honduras, where we explained that the White House preferred a “constitutional coup” but that the reaction inside the country had different ideas, something that has been confirmed by a recent WikiLeak. At the same time the bourgeois press was filled with talk of “green shoots” of economic recovery, which we explained was a temporary phenomenon and were proven correct. 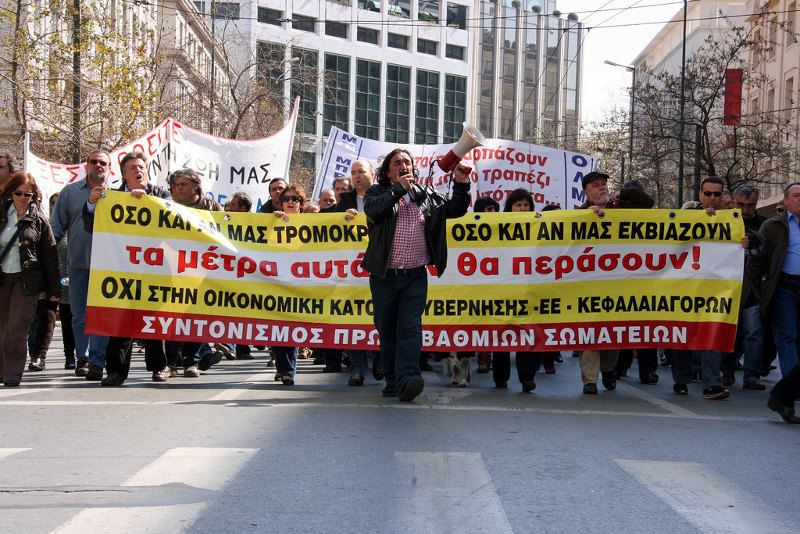 Greek general strike in March. Photo by George Laoutaris The crisis that followed in the spring in Greece should come as no surprise to our readers, as we explained in August 2009 that the massive public debt was unprecedented and could not be sustained. We explained how this debt meant “decades of deep cuts and permanent austerity”, which was “a recipe for class conflict everywhere” (Crisis of Capitalism and tasks of the marxists). 2010 was to be the year when this prediction came true as the working class entered the scene in one European country after another. We have explained how this immense economic and social pressure that has been built up is threatening a break-up of the Euro.

In Latin America, the oligarchy have taken note of the impact we're making in Venezuela and are attempting to use the spectre of Communism to put pressure on President Hugo Chavez. The leader of the Venezuelan opposition recently called a press conference to attack our tendency and our ideas after Chavez nationalised some construction companies. This shows the fear of the oligarchy for the masses and the impact that our ideas can have, something which have also been shown by the simultaneous radicalisation of the actions of Chavez and the beginning of the development of a left-wing in the PSUV.

As the class struggle is on the rise in one country after another, the need for Marxist ideas are becoming ever greater. Over the past year our website has been visited 1,210,000 times, a 15% increase on the year before and theory remains by far the most popular topic. These visits come from 216 different countries, which means that we are read in practically every country in the world. This does not come for free, however. The running of our web server, the writing and editing of articles and the trips to countries around the world costs money. Unlike the bourgeois media, we can not count on generous donations from big business or advertising. The only money we count is from our readers and supporters around the world. We need your help to keep up our work. If you want to help, consider making a donation to In Defence of Marxism, we need the money now more than ever. You can also help out by writing an article, or translating an article into your own language (send it to editor@marxist.com). If you agree with what we stand for and want to join the IMT, let us know.

We are attempting to collect €3,000 from our readers this winter. We want to use this collection to help with part of the costs of organising the Second Panamerican Cadre School of the IMT which will be held in Brasil in March 2011. Comrades from Canada, the US, Mexico, Venezuela, Bolivia and Argentina are expected to attend. The cost of the tickets is quite expensive and by making a donation you will be contributing to develop the ideas of Marxism in the American continent.

You can donate online via PayPal:

Or donate through our secure server via the Wellred website. Please enter the amount in British Pounds that you wish to donate and press "add to cart":