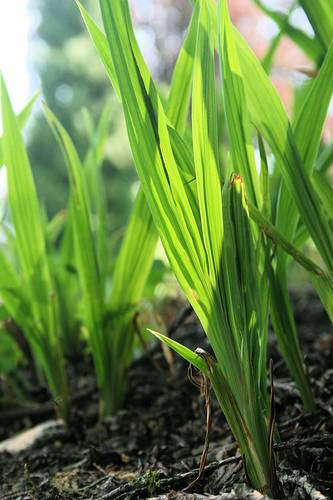 Some economic commentators and financial journalists have divined the ‘green shoots’ of economic recovery’ growing out of the present crisis. Perhaps the wish is father to the thought. Are they right?

Most obviously stock exchanges in Britain and all over the world have been booming since the beginning of March. We have to be careful here. Remember there were four 20% or more rallies on the NYSE between 1929-32, when the overall trend for share prices was definitely down. These are often described as suckers’ rallies that take place in a ‘bear market’.

More to the point there is no one-to-one correspondence between the health of stock exchanges and that of the real capitalist economy. After all what does a feeding frenzy on the world’s bourses represent? Often it is no more than what Keynes called ‘animal spirits’ and what Greenspan called ‘irrational exuberance’. The stock exchange is a hysterical indicator of economic activity. But the core of what the traders are guessing and gambling about is what these pieces of paper will pay out and what they will be worth in the future. Dividends and the hoped-for capital gains on shares are both based on expected future profitability.

Expected future profitability is at best a guess. Secondly it is relative to what was expected yesterday. So, if things look not so grim today as they did yesterday, shares are likely to go up. That is what is happening to share prices at the moment. It’s about mood swings more than economic realities. The same is true of the reported improvements in consumer confidence. Shock and despair have given way to resignation and a recognition that we are in this for the long haul. So the index goes up.

Other indicators flicker an irregular light of improvement. Housing sales went up in April. Hey – guess what? They always sell more houses in April. As David Blanchflower (the only one at the Bank of England who saw the recession coming) points out in the Guardian (08.06.09), “House prices still have a long way to fall. It should be remembered that during the period of declining house price of the early 1990s, in approximately one month in three house prices actually increased.” The commercial property market is in the doldrums both here and in the USA. Commercial property is one of the links from the burst housing bubble that drags down firms in the rest of the economy.

Across the pond the outlook still looks gloomy for house prices too. The housing market is not really going to recover as long as house prices keep falling – people will wait till prices hit bottom before they buy. Prices are still going down, and 12% of ‘home owners’ are behind in their payments or facing foreclosure. This ghastly statistic tells us that millions of American families don’t know whether they’re going to have a roof over their head next year. The Great Depression in the USA was scarred by Hoovervilles - shanty towns of the homeless and jobless named after the President who presided over the economic collapse. Already Obamavilles are springing up all over the country.

Upturns in factory output have been reported, though it is always risky to base projections on a single month’s figures. It is possible that some shops, after months of austerity, have found their warehouses bare and sent back to the manufacturers for more supplies in order to restock. Likewise some mortgage holders have seen a big drop in their monthly payments and have money in their pockets to spend. But neither of these factors is important enough to provide the basis for a sustained recovery. Some of the green shoots that the capitalists are grasping look more like straws.

One thing is for sure – as long as capitalism is not overthrown it will remain in existence and will eventually recover from the depths of the present crisis. But when will it happen? What form will this recovery take? No doubt capitalist commentators hope that the recovery will go into boom, mop up all the unemployment and provide us with ever-improving standard of living – but we doubt it.

If we are seeing any ‘improvement’ at present, it is that the rate of decline is itself in decline. Things are not going to the bad as fast as they were a few months ago. But, as David Blanchflower points out, in Britain “unemployment is going to rise at an average of 100,000 a month for at least a year.” Next year we’ll be looking at unemployment levels last seen under Margaret Thatcher. The Financial Times 03.06.09) asks the question ‘is the recession over’ in the USA. Some say so, but it concludes, “This is still very much a minority view. Most economists think the economy is stabilising but the low point has not yet been reached. ‘It is not impossible. But it seems early to me, with payrolls still contracting at 500,000 plus as of May,’ said Jan Hatzius, chief economist at Goldman Sachs.”

What is required for a big recovery? First the banks have to be restored to health. Banks provide the liquidity, the oil that lubricates the wheels of industry. The Financial Times (03.06.09) reports that loans to companies and households fell in April for the first time that records began in 1997. If firms can’t borrow, in a situation where they are hanging on by a hair, many will go under. For consumers, credit-fuelled boom is a distant memory, and likely to remain so for the future. "With lending growth to the non-financial sector still sluggish, we still find it hard to see how a strong and sustained recovery in the wider economy is possible," said Vicky Redwood, of Capital Economics.

The banks have guzzled unprecedented quantities of our money, and still they’re not ready to lend. It is true that a semblance of order has been restored in the financial system compared to the chaos that ruled six months ago. Balance sheets – of people, companies, and financial institutions – still have to be rebuilt, and that takes years. The optimism of the boom years has drained away. Nis Pratley echoes the point in the Guardian (04.06.09). “Yet these green shoots, if that’s what they are, appear terribly delicate. As Invesco Perpetual’s Neil Woodford… points out, individuals and banks have barely started the process of paying down debt and rebuilding their balance sheets, which would seem to be a critical ingredient for lasting recovery. Meanwhile, the levels of financial lending continue to be depressed, unemployment is still rising and it’s hard to find chief executives who are as cheerful as the PMI (Purchasing Managers’ Index) data suggests they should be.”

No investment boom any time soon

What else do we need for a boom apart from financial stability? We need a boom in investment. Investment is the most volatile part of national income. A capitalist boom is essentially an investment boom, while a recession is hailed by a collapse of investment. It’s no good going to the banks now for a loan for long term investment. They’re too busy recapitalising their books. Investment really comes from profits. Investment is capitalised surplus value, as Marx called it – the unpaid labour of the working class ploughed back into production. And profits have fallen off a cliff since 2007. So there’s no wherewithal for investment. And there’s no market out there for goods, even if capitalists found the money to invest. On the contrary too many firms are lumbered with unsold stocks. It seems likely that the destruction of capital and the destruction of jobs could drag on for years.

It gets worse. The present recession started in America. The US is still dominant in the world economy. If a recovery is to take hold, it must sweep across the US economy. But the governments in the USA and in the UK have thrown the sort of money at the banks that they could have waged a world war with. Now the immediate financial panic has subsided for the time being, but we still have the bill to pay. This is a ball and chain for an economic recovery. The mighty US government is forecast to be borrowing at the staggering level of 13% of GNP. This is the sort of budget deficit we associate with banana republics.

This borrowing will have to be paid for and eventually repaid. The government can usually borrow by issuing government securities to rich people. But the rich are looking quite queasy in Britain and the USA at the amount of government paper they are being asked to stomach. They can go on strike or demand a higher and higher interest rate for the money they lend, at the expense of the rest of us of course. The alternative is that the government increases taxation, dipping its hand into our pockets just as the economy is due to recover a little. Either way, we pay. The crisis of state finances could choke off the economic upturn.

All the evidence is that the economy is not just going to bounce back. Nils Pratley concludes his assessment, “There is nothing the data to suggest that we face anything other than a very long haul back to the start of the next period of sustained expansion. Woodford suggests three or four years, which sounds perfectly plausible.” Capitalism has failed, and the present crisis is the evidence for this. The world economy resembles the man who fell off a 100 storey sky scraper. At the 44th floor another man pokes his head out of the window and asks him how he’s getting on. The falling man replies, “So far, so good.” This is a doomed system. We need to kill it off.