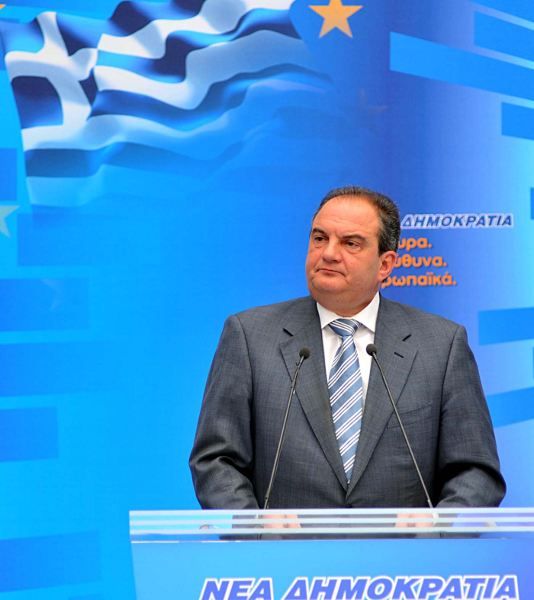 The recent elections in Greece saw a massive shift to the left in Greek society, with a total of 56% of the electorate voting for the left parties. The PASOK alone received almost 44%. This is a vote that rejects the austerity measures of the outgoing conservative ND government. The problem is that the PASOK leaders are promising more of the same. For the workers this vote was a victory, but they did not vote for more cuts. This opens the prospect of renewed class struggle in the coming period.

The results of the elections indicate a historical defeat of New Democracy (ND), the main Greek bourgeois party and mark a turn to the left in Greek society.

New Democracy won only 33.48%, 2,300,000 votes and only 91 seats in parliament, the worst result in its history. Compared to the last elections of 2007, ND lost almost 700,000 votes and 8.36 percentage points. And since the day ND first came into office until today, it has lost one million votes and 11.9 percentage points. This setback is even worse than that of 1981, when there was also a huge collapse of the party’s vote.

The general frustration of the people due to the aggressive attacks of the government against the working class, and of course the rotten scandals that came to light in the recent period, caused this huge defeat. The resignation of Karamanlis from the leadership of the party indicates that ND is entering into a long and serious crisis.

We can see now how the bourgeoisie is trying to renew the image of its party, through the election of a new leader, so that they can secure the unity and the very existence of their party. However, the defeat is so deep and huge that it is unlikely that the party will achieve any of these goals!

The percentage of PASOK, 43.94%, is an expression of the anger of the working class against the ND government and their desire that the party should be immediately removed from office. PASOK now has 160 seats in parliament and 3,030,000 votes which is its fourth largest percentage in its history. PASOK won 300,000 votes more than in 2007 and increased its percentage of the overall vote by 5.84%.

Although the PASOK vote is very high, the working class and youth did not celebrate this victory with any real enthusiasm, which shows that the working class do not trust the programme or the leadership of PASOK. It is logical that, with the lack of any real solution to the problems of working people coming from the traditional left, the majority of the working class should use the vote for the PASOK as a clear message of protest against the capitalists.

The results of the parties of the “traditional left” [in Greece this is a term that refers to the parties that have their origins in the Communist tradition, such as the KKE and the Synaspismos] indicate steady political support from important sections of the working class and the youth, although these parties also do not meet the needs of the working class during such a period of deep crisis, a working class that is characterised by doubt towards the system we live in.

The KKE (Communist party) won7.54%, almost 520,000 votes and 21 seats in parliament. The difference compared to the previous elections was small, about 65,000 fewer votes and a loss of 0.61 percentage points. Unfortunately, the leadership of the KKE has tried to blame the working class as a whole for the low and steady influence it has in the movement, claiming that the class does not understand, thus strengthening the Stalinist policy of the party even more.

In spite of whatever excuses of the leadership may come up with, this small setback of the KKE in percentage terms is due of the escalation of self-isolating tactics that have been adopted by the KKE leadership within the Greek labour movement.

On the other hand, SYRIZA [the electoral coalition around the Synaspismos] won 4.6% and about 320,000 votes and 13 seats in parliament. This is in spite of the fact that only a few weeks before the elections its image was being damaged by open clashes within the leadership, which had no serious political basis. The party maintained its percentages with a slight loss of 0.44% and about 40,000 votes. Thousands of members and cadres fought decisively to change the image of the party and finally managed to change the atmosphere of defeatism which had been cultivated by the leadership together with its lack of clear political proposals and solutions.

LAOS [extreme right-wing party] won 5.63% and 390,000 votes. This percentage is rather low considering the collapse of the ND vote, the support of a small part of the capitalist towards LAOS and the huge media exposure the party received before the elections. The slight increase in the vote of the party of Karatzaferi [LAOS] expresses the growing frustrations of a part of the petit bourgeoisie due to a collapse in their living standards and also expresses the inability of this party to play a serious role for the ruling class without the party of ND.

This new correlation of forces favours the working class, giving workers and youth power and confidence. It is the first huge victory after years of ND government and of course after years of defeats.

Unfortunately, the leadership of PASOK has proven that it does not want to come into conflict with the ruling class. On the contrary, it has already given its promise to the ruling class on major issues, such as the privatization of social security and so on. The ruling class and the EU will pressurise the leadership of the PASOK and with the excuse of debt and deficit the leadership will impose a harsh programme. This of course will at some stage provoke a huge reaction from the working class who voted for the PASOK as they will enter into struggle to improve their living conditions and they will come out against any attempt to continue with the same harsh programme of the ND.

The working class voted for the PASOK critically. Voting PASOK was a part of their general struggle against their low wages and their bad living conditions. It is another way of fighting for a better life, but it would be wrong to think that the PASOK will have a long period of class peace because of its high percentage in these elections. We will see a huge movement of the working class when they will have to defend their interests against this government and the important thing to understand is that after this election the working class does not feel either defeated or weak, but is ready to fight.

Under these circumstances the united front of the left against the attack of the capitalists is a vital issue. The workers and youth require a united, strong, militant SYRIZA, that will aim at collaboration with the KKE and the left wing of the PASOK, which will undoubtedly differentiate itself from the programme of the leadership of PASOK in the coming period. This front will work for the abolition of the reactionary laws, for a fighting working class bloc against the attacks of the ruling class and for the carrying out of a socialist programme. Only a socialist programme with the planning of production and the nationalisation of production can get Greece out of this deep economic crisis. Only this solution can really empower the working class.