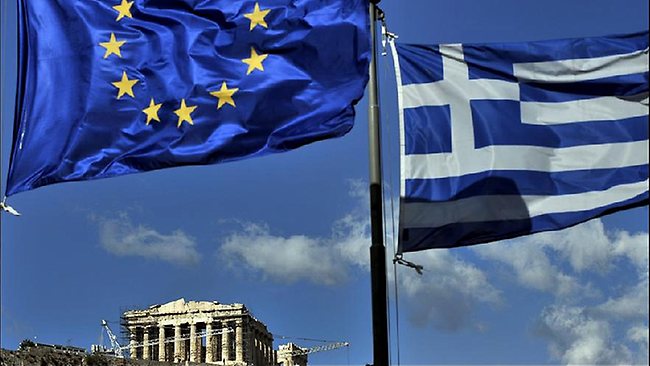 Despite all the concessions imposed on Greece by the troika, the February 20th agreement with the Eurogroup has produced very little of any substance and is already starting to unravel. The deep crisis of Greek capitalism, combined with the stubbornness of the troika in humiliating the Greek government, leaves almost no room for manoeuvre.

The February 20 agreement committed Greece to implement a whole series of “reforms” under the strict supervision of the troika (now known as “the institutions”), in exchange for the release of the last tranche of the previous bailout worth 7.2bn euro. However, none of this money is going to be released until and after the institutions agree to the concrete list of “reforms” (read counter-reforms) proposed by the Greek government, and these measures are actually implemented.

As we warned at the time, the agreement really reaffirms the prerogatives of the troika which Syriza correctly opposed previously. If anyone was under the illusion that such an agreement would give the new government some breathing space, that is being quickly dispelled.

Monday’s meeting of the Eurogroup underlined the point. “There can be no talk of early disbursements if there is no agreement and no implementation,” said Eurogroup head Dijsselbloem. Clearly, the European finance ministers did not like the document which the Greek Finance Minister had sent outlining further details of how the February 20 agreement is going to be implemented.

Previous commitments by Varoufakis to pursue rich tax evaders have disappeared from this latest document, which instead centered on pursuing those avoiding the payment of VAT. The document also gave details of the Greek government’s measures to address the humanitarian crisis which had already been passed in parliament on Friday, March 6. This includes a certain amount of free food, rent and electricity for the poorest households.

The document ends up by proposing the beginning of talks for a new “contract for recovery and growth of the Greek economy”.

This is a return to the idea that somehow the Greek government can convince its “partners” to give them substantial debt relief and facilities of payment. The problem is that the negotiations over the last few weeks and the agreement imposed on Greece on February 20 already show that this is not possible. What European capitalism wants is clear: the continuation of brutal austerity cuts so that the lenders can get their full pound of flesh. If the Greek government wants to implement any measures of its own (in this case of humanitarian relief) these should be “fiscally neutral”, that is, in order to implement them they would have to implement budget cuts elsewhere for the same amount. These are the very strict limits of the straight-jacket the troika imposed on Greece and which the Greek government signed up to.

To underline the point, German finance minister Schaeuble, in comments to the German TV after Monday’s eurogroup meeting, kept referring to the institutions as “the troika”. Varoufakis attempted to stick to his previous statements that the troika was dead: “The idea of troika visits, comprising cabals of technocrats from the three institutions in lockstep walking into our ministries and trying to implement a programme which has failed… that is a thing of the past.” But he was quickly rebutted by Spanish finance minister Luis de Guindos who said this was all semantics.

Dijsselbloem made it clear that technical talks would take place in Brussels, but also “in Athens on the ground”.  Whichever way one wishes to present it, this basically means representatives from the troika going to Greece to supervise the details of the implementation of measures which, yes, are proposed by the Greek government, but which have to be reviewed and agreed to by “the institutions”. Nothing of any substance has changed and it cannot as long as the troika holds the purse strings.

The February 20 agreement has generated strong opposition from within the structures of Syriza. At the party’s central committee meeting over 40% of the members voted a resolution opposing the terms of the agreement. Others argued that it was wrong to present it as a victory when it clearly wasn’t.

The Greek government still has overwhelming support amongst the population, particularly as people compare it to the previous governments. However, the support it won by being seen as standing firm against the troika and the brutal austerity Memoranda which accompanied the previous bailouts is slowly eroding. This was clearly revealed in the latest Marc poll carried out at the beginning of March. According to this poll, 64% of the people still have a positive opinion of the government, but this is down from 83.6 at the beginning of February, before the agreement.

People are still prepared to give the government the benefit of the doubt to a certain extent. The people want to see what the government does in practice regarding privatisations, the minimum wage, pensions, re-opening ERT, re-hiring public sector workers, etc.

The previous governments were so brutal in making working people pay for the crisis that even a temporary respite is to be welcomed. A huge 54.4% believe that if New Democracy had won the election again, things would be worse. Although 59.6% in the same poll said they were satisfied with the negotiations with the “partners”, they are under no illusion that the agreement means a continuation of the previous bailout and Memorandum (an opinion shared by 75.4%).

Perhaps the most significant thing revealed by this poll is that 38.9% of Syriza voters now say that talks should lead to a “definitive break even if that means a return to the drachma”. It is true that a majority of Syriza voters still would prefer an “honorable mutually beneficial compromise”, but there is now a significant section who are moving towards accepting the inevitability of a complete break with the troika and the consequences this would entail. This is important, taking into account that the Syriza leadership has so far stressed repeatedly their belief that such an “honorable compromise” is possible.

Faced with this situation, there were a number of statements over the weekend to the effect that if no agreement is finally possible, the government would be prepared to go to a referendum. In an interview with the Italian paper Corriere della Sera, Varoufakis declared: “as my prime minister has said, we are not yet glued to our chairs. We can return to elections, call a referendum.”.

A similar point was made by Tsipras in an interview to the German Der Spiegel: “If we were to hold a referendum tomorrow with the question, ‘do you want your dignity or a continuation of this unworthy policy,’ then everyone would choose dignity regardless of difficulties that would accompany that decision.”

This is in fact the correct course. Syriza was elected on the basis of a fundamental rejection of the brutal austerity policies imposed on the Greek working people. Immediately after the election, support for the government was sky high (over 80%) and support for Syriza jumped from 36% to 45% on the basis of taking a tough stance regarding the troika. For the first time the people could see a government which appeared determined to carry out its democratic mandate.

A break with the troika is inevitable unless the Syriza government accepts the continuation of the previous austerity policies. Even the current unstable status quo cannot continue for long. From the point of view of the capitalists, the election of the Syriza government was bad news. Tax revenues went down and there has been an acceleration of the flight of capital and bank deposit withdrawals. State revenue shortfalls in January, even before Syriza’s victory, were 1bn euro, leaving the primary surplus at 443 million euros, against a target of 1.3 billion. Very soon, the government may find itself with no money at all to pay for wages, pensions and its normal running costs.

The only way to prepare for this would be to wage a serious campaign of agitation, explaining clearly the choice which is posed: “the continuation of this unworthy policy” (that is the brutal austerity policies which have plunged Greece into a black hole of mass unemployment, collapsing living standards and a social and humanitarian crisis) or “dignity” (that is the repudiation of the blackmail of the European capitalists and a policy which puts the interests of Greek working people above those of the German bankers and capitalists).

Not to do so or to delay acting decisively would not prevent a conflict with Greece’s European “partners”, it would only guarantee that support for the government continues to be eroded, thus putting it in a much worse position when the moment of truth comes.