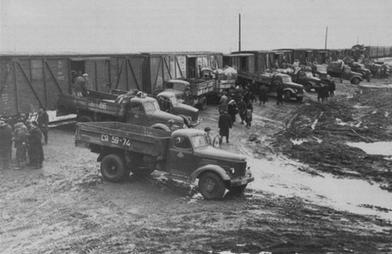 In 1946, while offering the exiled White Guards full citizenship, Stalin retaliated against the Chechen-Ingush and Crimean peoples and dissolved their autonomous republics, accusing them of having not rebelled against the Nazis during the War. 1,500,000 men, women and children were deported. "How [does one] explain the fact that the peoples see no advantages in the Stalinist regime, but the White Guard capitalist elements do?" Ted Grant asked.