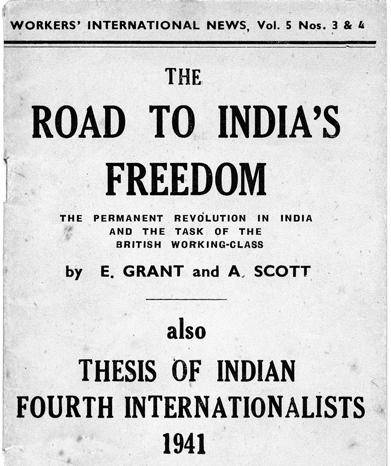 In 1942 Ted Grant and Andrew Scott exposed the farcical call on Indian people by British rulers of a “war for freedom” while hundreds of millions were kept in chains. British imperialists promised the Indian masses freedom, but “after the war”, while cynically fostering the divisions on religious lines that would eventually lead to the bloody partition of India. British Marxists demanded Indian workers to be armed and to be granted immediate freedom from colonial rule.