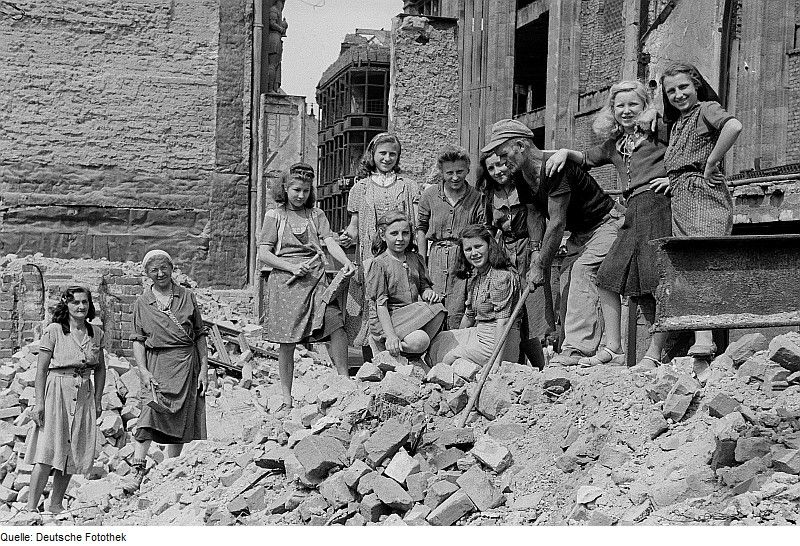 The first democratic elections in Germany after the war, in 1946, saw the workers' parties triumph, especially the Social Democrats, a swing of the petty bourgeoisie toward the Christian Democrats, the collapse of the openly right-wing parties and a total rejection of the Nazis. Ted Grant pointed out that this was the answer to those, including the Stalinists and Labour leaders, who blamed the German workers for Hitler's crimes. The relative setback of the Stalinists and protest vote in the Soviet Zone also indicated that German workers were in favour of Socialism, but were repelled by the Stalinist caricature of it.