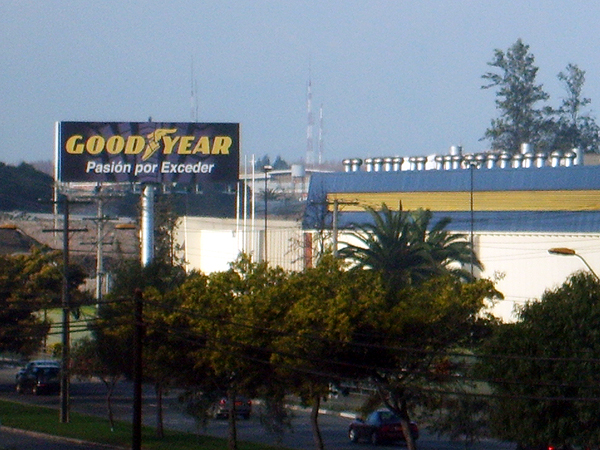 On January 12th, eight former employees of Goodyear, including five elected members of the Confédération Générale du Travail (CGT, one of the largest trade union confederations in France), were sentenced to two years in prison, of which at least 9 months must be served.

Officially, this sentence was meant to punish their participation in the 30-hour "kidnapping" of two Goodyear executives (CEOs) in January 2014. After seven years of fighting against the closure of their factory in Amiens, the workers finally challenged the silence of a management that had refused to respond to their demands. By forcing the two CEOs to stay in the factory, workers sought to finally have their voices heard. The two executives were not mistreated; they could make phone calls, and they were given food and drink.

The factory closed. More than 1100 workers lost their jobs. Most are still unemployed to this day. Since the closure of the site, there have not only been 12 deaths among those who were fired (3 suicides and 9 for illness), but also divorces, broken families and homes sold. It is against the background of this social catastrophe that the Goodyear workers fought courageously. And it is obviously because of the fact that they had the audacity to fight back and resist that they were sentenced on January 12th at the behest of the public prosecutor (that is to say, a representative of the state).

This was a political decision, carried out and defended by the highest echelons of government, the objective being very clear: to intimidate the entire French working class and make it understand that it must submit passively to attacks from employers – or face very severe penalties. Never before, under the Fifth Republic, have trade unionists been sentenced to prison for acts of resistance.

Last October, the Hollande Government had labelled the Air France workers fighting against the proposed elimination of 2,900 positions in their company as "thugs". Five Air France employees were fired and will be tried in court on May 27th on charges stemming from the infamous shirt-ripping protest. Here too the government and employers want to teach a lesson to the French working class. They want to inflict a heavy blow against those who dare to rebel against social regression, knowing full well that this regression will only continue and intensify. The crisis of capitalism leaves no alternative to the ruling class and its lackey "socialists" in government. New offensives are being prepared against the living and working conditions of the working masses. This is the fundamental reasoning behind the sentencing of January 12th.

The state of emergency and reactionary propaganda that the mass media has been pumping out since the events of November 13th has created a climate which the government deems favourable to criminalize trade union activity. The response of the workers’ movement must be massive and determined. The success of the CGT-Goodyear petition has shown the potential that exists.

The comrades at Goodyear have announced that they are free until the new trial. We must continue the mobilization, breakthrough the media blackout and explain the facts and their political significance in all workplaces and neighbourhoods. The high school youth must be mobilized. Absolutely no punishment for the Air France five or the Goodyear eight! Trade Unionism is not a criminal activity!

International solidarity must be organized. The International Marxist Tendency – which goes by the name of Revolution in France – is organizing a petition calling for international solidarity. We are calling for all workers, trade unionists and left-wing activists to sign this petition. Below you will find a list of the first signatories. Where we are present, the IMT will make known as widely as possible the situation of the comrades from Air France and Goodyear. We call on youth and workers around the world to sign this petition, demanding that the French government abandon the punishment visited on our persecuted comrades.

Please sign the petition by sending an email to: editor@marxist.com

Belgium (all in Personal Capacity):

Britain (all in Personal Capacity):

USA (all in Personal Capacity):