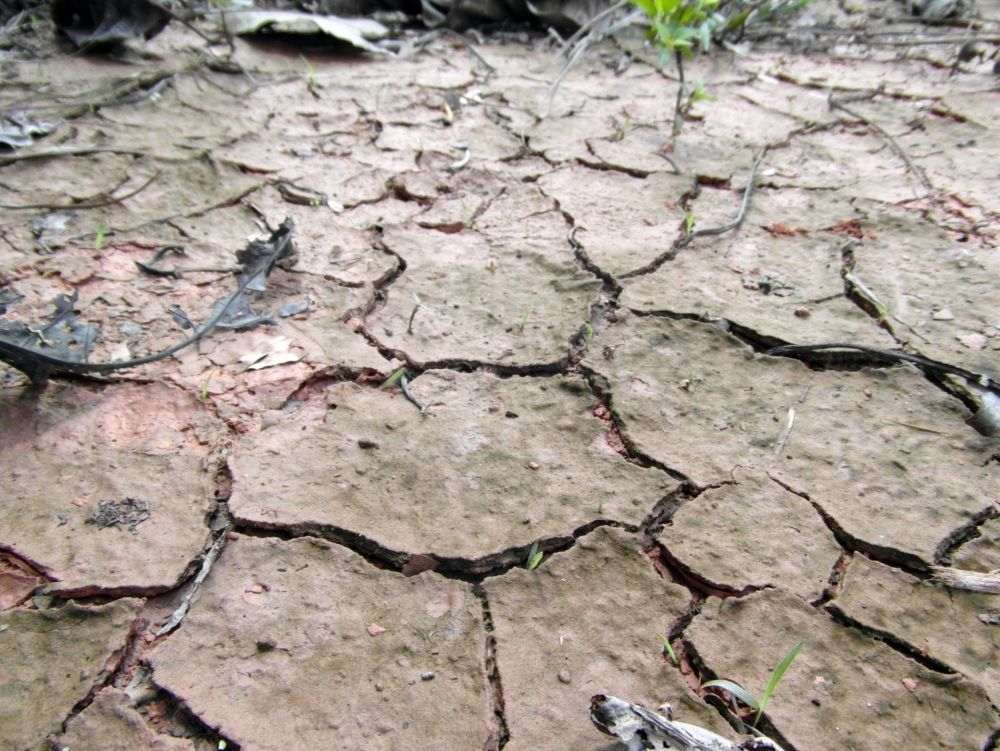 Just five years ago, not a day would go by without global warming making the headlines. The American politician Al Gore’s documentary film about climate change, An Inconvenient Truth, was seen by hundreds of thousands in cinemas across the world. The Conservative Party rebranded themselves as the champions of the environment, nailing their ecological colours to the mast and urging people to ‘vote Blue to go Green’. Even the arch-reactionary American president George W. Bush was forced to concede that, maybe, the environment was worth thinking about.

Times really have changed! After the onset of the economic crisis in 2008, little else has been in the headlines except gloomy financial forecasts, scandals in Westminster, and reports of revolution from the Middle East. Global warming and environmental issues have taken a backseat, even in liberal newspapers like the Guardian and Independent. One could be forgiven for thinking that all our environmental problems had miraculously disappeared. Only once or twice a year, when an international conference or some ecological catastrophe occurs, does the environment make headlines. This has been combined with a resurgence of climate-scepticism: denying the reality of Global Warming as being based on poor science, or as part of a conspiracy.

Although climate-scepticism is usually associated with right-wing politics, some on the left have also sought to deny the existence of global warming, arguing that it is an excuse for governments to increase taxes and decrease standards of living. In part, this response is a healthy reaction to those ‘greens’ who preach the virtues of a return to a mythical pre-industrial golden age. However, the scientific evidence behind global warming is solid, and its effects are already being felt across the planet. Climate-sceptic experts usually turn out to be little more than figureheads for lobby groups backed by oil companies, with no scientific credentials. The science speaks for itself: the first six years of the 21st century were the warmest on record, possibly warmer than any others for a millennium. The most conservative estimates by scientists put the average increase in air temperature at 0.7°C over the last decade, although it is likely to be far higher. This might sound insignificant, but it has huge implications as warming is uneven, with some areas getting far hotter than others. For example, the summer sea-ice in the Arctic has decreased in thickness by half since 1950, and could disappear mid-century for the first time in more than a million years. This means that the warming predicted for the rest of the century, anywhere between 1.1°C and 6.4°C, is quite an alarming prospect!

The impacts of global warming fall disproportionately on the poor. The effects will manifest themselves in lots of ways: more expensive foods, a shortage of water, less fertile soil, and more extreme weather. Those who will suffer (and already are suffering) as a result are ordinary working and middle class people, peasant farmers – in short, everyone except the super-rich, who can always up sticks and move to a more pleasant climate. Although at the moment the effects are largely confined to the so-called third world, they are already starting to impact on the richer countries. This means that global warming is not just a scientific issue, but a class issue. The droughts and famines that ravage Africa and Asia periodically can be partly attributed to global warming, and we can expect more to occur in the future, as well as an increase in extreme weather like hurricanes.

Like all natural phenomena, climate change does not occur in isolation, but as part of the wider world. Contrary to the way it is sometimes caricatured by climate-sceptics, global warming does not occur in a simple, linear process. Instead, it occurs in stages; conditions build up until there is a certain point where there is a fundamental change in the earth’s climate. In other words, there is a transformation of quantity into quality. Climate scientists refer to such changes as ‘tipping points’ – after a long period of time where pollution and greenhouse gases build up in the atmosphere, this can give way to a very rapid change in climate. At a certain stage, this could lead to runaway global warming, where temperatures quickly rise out of control. The phenomena of the transformation of quantity into quality (and vice versa) is present in all aspects of science and society, and is summed up by the saying “the straw that broke the camel’s back”. A fuller exploration of the application of Marxist philosophy to modern science is given in Alan Woods’ book Reason in Revolt.

The dialectical nature of climate change is a striking confirmation of the philosophy of dialectical materialism developed by the founders of scientific socialism, Karl Marx and Friedrich Engels. In his unfinished book The Dialectics of Nature, Engels provides us with an explanation of dialectical materialism: "the transformation of quantity and quality - mutual penetration of polar opposites and transformation into each other when carried to extremes - development through contradiction or negation of the negation." This is confirmed to be just as correct for global warming, particularly through the discovery of ‘tipping points’, as in other aspects of science and nature. For example, computer models predict that an overall increase in global temperatures, Britain could experience a dramatic fall in temperature, much colder than at present. The reason is simple – the Gulf stream, the current of warm water from the Caribbean that keeps the British Isles warm, could be diverted due to melt water from the Arctic. What better confirmation could there be of the dialectical “mutual penetration of polar opposites”?

It comes as no surprise to Marxists that talk of global warming has mostly disappeared. There is a simple reason for this: solving environmental problems is not very profitable. Whereas a century ago capitalism had some progressive aspects, where it invested in production and genuinely useful industries, in the 21st century it has reached a stage of senile decay where investment is fed into the parasitic sectors of finance and speculation. Solving environmental issues would require investment in new research, industry and technique, which the capitalist class is incapable of. Even in the previous period of economic growth before the economic crisis, investment from the private sector in clean technology such as solar panels or wind turbines was minimal. Green investment mostly took the form of large state subsidies, which were a direct transfer of funds from the public purse into private profits, and have all but dried up in the wake of the economic crisis.

The ‘solution’ that bourgeois politicians have come up with is to leave the fate of the environment in the hands of the free market. One way of doing this was the creation of a ‘carbon trading’ scheme – an artificial market where countries and businesses are given a voluntary pollution quota and can sell ‘carbon credits’ to each other. The apologists of laissez faire economics argue that this encourages businesses to reduce their own pollution, and sell the rest of their emission quota to other businesses. Of course, in effect this simply allows companies to continue pumping out greenhouse gases, whilst making a healthy profit buying and selling the privilege of polluting the atmosphere. Another popular solution is to replace fossil-fuels (coal, oil and gas) with biofuels, made from plants. Through converting farmland from food crops to biofuels, this had the side-effect of reducing the supply of crops, and increasing the cost of food; as usual, the burden of this falls on the world’s poor.

Others have argued that the use of technology can solve global warming and other environmental issues. In particular, the use of controversial technologies such as nuclear power and genetically modified (GM) crops are highlighted as providing a solution. It is not the role of a Marxist tendency to develop a ‘line’ on nuclear fission, or any other technology; it is the responsibility of the residents of the future socialist society to decide collectively what role these scientific solutions will play in their lives. However, it is our duty to point out that the use of technology under capitalism is motivated purely by profit, which can have very serious implications. Firstly, in the unending drive to cut costs, basic safety procedures can be ignored. An example would be the disaster of the BP oil spill in the Gulf of Mexico in 2010. Despite warnings from engineers and workers, management continued to ignore health and safety guidelines, with the result being an ecological catastrophe. This would not have been the case if the industry had been operated under workers control, with health and safety placed in the hands of experts and employees, under the supervision of the trade union. Secondly under capitalism, investment will not be directed into the development of new industries if it is not profitable. It is for this reason that there is very little private-sector investment into nuclear fusion. Once properly developed, nuclear fusion could provide an unlimited supply of electricity, with no significant environmental impacts. However, this abundance of energy would see the price of electricity drop, with a resulting fall in the profits of the electricity companies. For this reason, the free market cannot solve problems of scarcity.

The discovery of ‘tipping points’ places a time limit on the socialist transformation of society, in order to prevent runaway global warming. Marxists have often stated in the past that society is at a crossroads – we have a choice between Socialism and Barbarism, with no middle ground. With the very real threat of global warming and the environmental crisis we can say, without fear of being alarmist, that the choice is stark: Socialism or Extinction. It is clear that the capitalist class and the interests they defend are not capable of any serious action against climate change.

For environmental issues to be addressed, the development of society must be planned. However, we cannot plan what we do not control, and we cannot control what we do not own. For example, how could we even begin to build a sustainable supply of energy when the electricity industry, mines, and water companies are privately owned, operating solely to make profit? These businesses must be brought into public ownership, and operated democratically. But in and of itself, public ownership of utilities industries would not solve the problem – after all, in the post war period in Britain all of these industries were nationalised. In order to direct investment, private ownership must be eliminated in the banking, insurance and financial sectors. This would allow the proper level of investment in new technology, the development of agriculture, and the development of long term planning. Only then would society’s resources be able to be consciously planned, for the benefit of all.