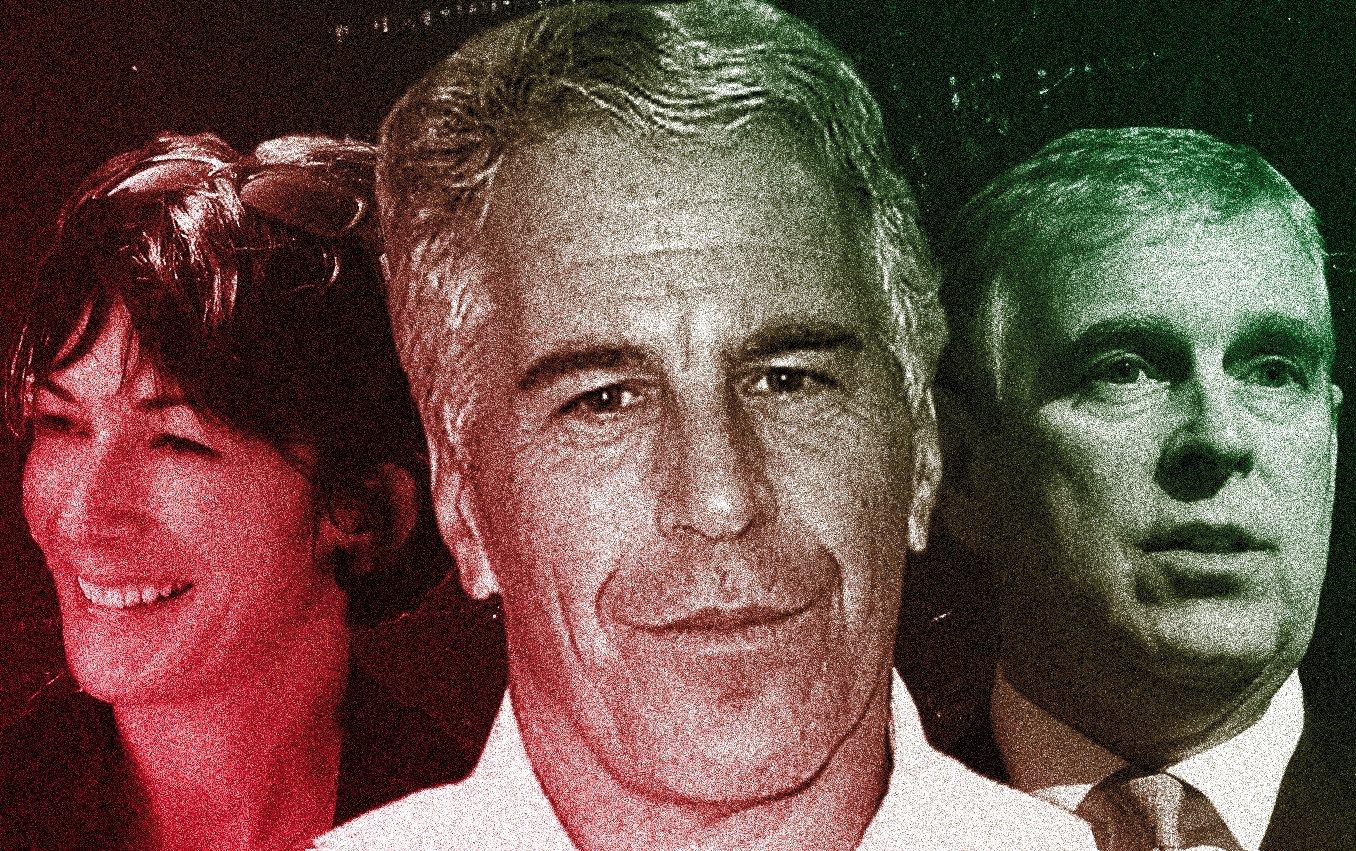 The recent trial and sentencing of elite socialite and sex-trafficker Ghislaine Maxwell has opened the curtain on the disgusting den of sin that the capitalist class inhabit – with all eyes now on Prince Andrew and the crisis-ridden monarchy.

Ghislaine Maxwell – partner-in-crime of the billionaire playboy and convicted paedophile Jeffrey Epstein – has been sentenced for up to 65 years, for charges relating to the grooming and trafficking of minors. It is likely she will spend the rest of her life behind bars.

This outcome provides at least some justice for the victims of Epstein and Maxwell. Especially given that Epstein previously served a mere 13 months when he was sentenced in 2008, dying in prison under mysterious circumstances before he could be brought to trial in 2019.

The three-week trial, which took place in December of last year, exposed the role that the British socialite played in grooming and trafficking vulnerable young girls for Epstein and his billionaire cronies.

Harrowing testimonies from victims and witnesses detailed how the pair worked ‘hand-in-hand’ to prey on girls from the impoverished West Palm Beach area, which neighbored Epstein’s £15m Florida mansion. 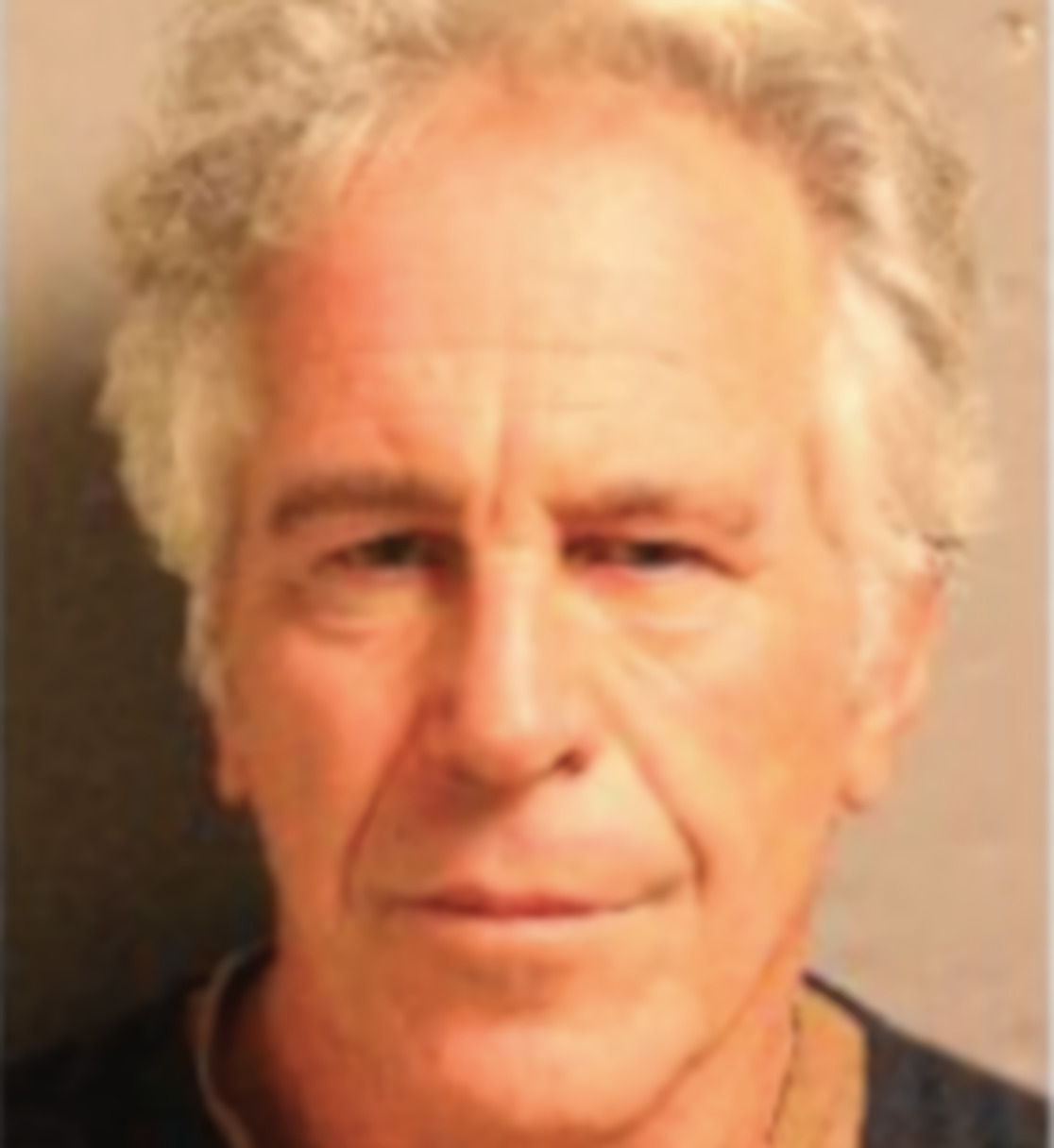 The trial exposed the role that Maxwell played in grooming and trafficking vulnerable young girls for Epstein and his billionaire cronies / Image: public domain

One victim, Carolyn, who grew up surrounded by sexual abuse and drug addiction, described how Maxwell started grooming her a year after she dropped out of middle school at the age of 13.

Another victim, Jane, whose family was ‘bankrupt’ at the time, described how Epstein posed as a ‘patron’ for young talent, and how he had her driven by chauffeur to his mansion where the abuse would take place.

A common thread running through many of these cases is that Epstein and Maxwell purposefully targeted girls from a poor background, and enticed them into sexual acts using their wealth and connections.

Testimony throughout the trial highlighted the calculating and manipulative nature of Maxwell’s method. Escalating sexual encounters were played off as normal, with Maxwell ‘jokingly’ asking victims if they ‘had fun’, and saying to one that she was ‘such a good girl’ for going through with it.

When some of these girls turned eighteen, they were in turn recruited into what one witness described as Maxwell’s ‘pyramid scheme of abuse’. She would pay the former victim double if they brought a younger girl for her and Epstein to molest. The sums – amounting to hundreds of dollars – were trifling amounts for Epstein and Maxwell, but not for their victims.

During the trial, the victims’ class background was cynically used against them by the defence’s lawyers, who portrayed them as money-grabbers looking to score a financial ‘jackpot’ on the back of the case.

What’s more, Maxwell once reportedly told a confidante: “They’re nothing, these girls, they are trash.” This all reveals the utter contempt that Maxwell and her super-rich ilk harbour for working-class people, who are nothing to them but raw material to exploit and abuse for their pleasure.

It is clear that this case is just the tip of the iceberg. Epstein and Maxwell were one part of an elaborate web of trafficking and abuse that stretches across the entire establishment. A mountain of depravity involving business leaders, royals, and leading politicians remains unexposed and unpunished.

The vast bulk of Ghislaine Maxwell’s high-society contacts, as well as her wealth, were inherited from her father, Robert Maxwell, who was an infamous media mogul and fraudster. 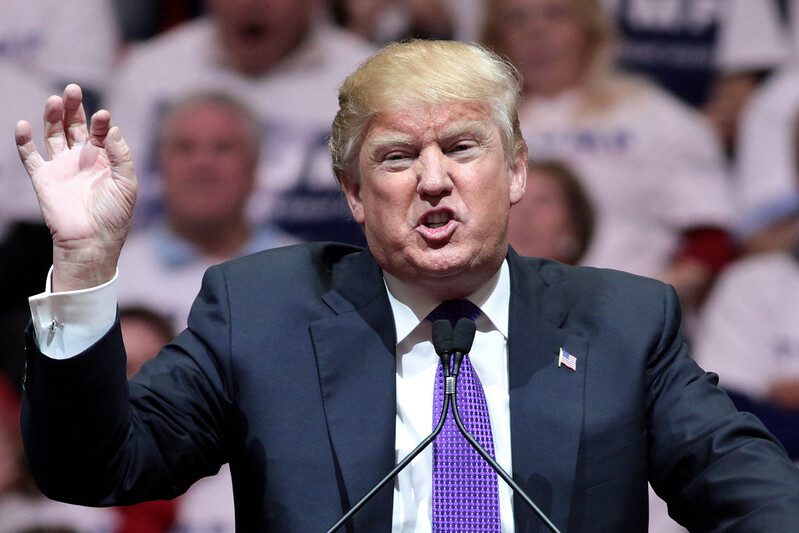 He made his millions through owning a number of British media outlets like the Daily Mirror, supplementing his obscene wealth by stealing hundreds of millions from his workers’ pension funds. Evidently the apple didn’t fall far from the tree.

Testimonies, like the one given by Epstein’s personal pilot, mentioned a rogues gallery of figures who had close ties to Epstein, including: Victoria’s Secret CEO Les Wexner; Hollywood actor Kevin Spacey; and former US presidents Bill Clinton and Donald Trump.

Concerned only about their own reputational damage, everyone from Bill Clinton to former Miss Sweden, Eva Andersson-Dubin, have taken the time to make statements denying that they knew anything about Maxwell’s crimes.

The trial has shed little light on whether any of Maxwell’s high-society connections were involved in the abuse. The evidence presented to the court was heavily redacted to remove mentions of third parties, and the judge warned against any ‘needless’ name-dropping.

Evidently, the US justice system does not wish to pry too much, for fear of implicating some of the richest and most powerful individuals in the world. In the final analysis, the state serves the interests of the capitalist class, and it will go to any length to conceal the exploits of the elite.

This is not an isolated phenomena: in Britain, a number of investigations have revealed the extent of child sexual abuse reaching the highest echelons of the establishment.

One report looking into historical cases found that a number of high-profile MPs and ministers were “known or rumored to be active in their sexual interest in children and were protected from prosecution in a number of ways, by police, prosecutors and political parties.”

One high-profile figure who will be in a cold sweat over this sordid affair is His Royal Highness Prince Andrew, a long-time friend of Epstein and Maxwell.

Incidentally, one photograph presented to the court showed Epstein and Maxwell holidaying at the Queen’s Balmoral residence on Andrew's invitation. 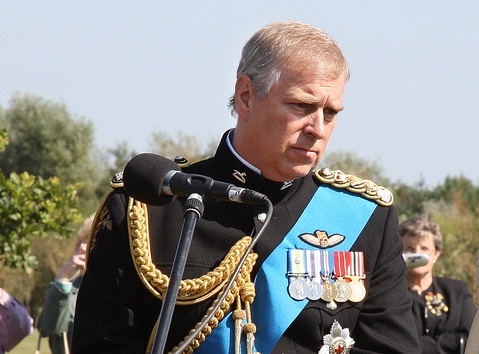 One high-profile figure who will be in a cold sweat over this sordid affair is His Royal Highness Prince Andrew, a long-time friend of Epstein and Maxwell / Image: York Minster, Wikimedia Commons

The Duke himself has been accused of sexually abusing the then 17-year-old Virginia Giuffre on multiple occasions in 2001.

Of course, he vehemently denied that this abuse took place in the infamous car-crash interview on Newsnight, which earned him the ridicule and revile of the public.

Despite looking into these allegations three times, the Met Police turned a blind eye to Andrew’s activity. It is Her Majesty’s police force, after all.

But Andrew’s past is now catching up with him. He is currently undergoing preliminary hearings in the US for a civil lawsuit filed by Giuffre.

Incredibly, Andrew’s lawyers attempted to have the case dismissed, arguing that the Prince was covered by a settlement between Guiffre and Epstein that released any other ‘potential defendants’ from liability.

In any case, things are not looking good for the Prince. If Andrew settles with Guiffre out of court, it will only damage his already toxic reputation. But if the case does go to trial, it will further shine a light into the murky world of his past.

It was recently announced that the Queen will not fund the Prince’s legal battle against Giuffre. This has meant that Prince Andrew is reportedly having to sell off his £17 million luxury, seven-bedroom skiing chalet in the Swiss Alps. Our hearts bleed for the poor prince.

Much like Maxwell, who has been left out to dry by her high-society pals, Andrew is being frozen out of royal duties in an attempt at damage limitation. Their approach appears to be ‘out of sight, out of mind’.

The reason for this is simple: the monarchy relies on a certain air of ‘mystery’ to make it appear as a sacred, untouchable institution. This scandal – alongside countless others in recent years – is yet more dirt heaped upon the royal standard.

Yet the royal family is unlikely to fully cut Andrew loose. If he were to renounce his claim to the throne, it would call into question the very principle of hereditary rule that the monarchy is built upon.

As noted in the Economist recently: “It is fundamental to a hereditary order that succession is automatic and beyond debate. Start tinkering with the line because one son is better qualified, more popular or more moral, and the logic falls apart.”

All of this scandal and sleaze is eating away at the public’s opinion of the monarchy. And, in a period where many people are already becoming radicalised by the crisis of capitalism, this could put the future of ‘The Firm’ in jeopardy.

Scum rises to the top

The conviction of Maxwell, while welcome, will provide no real consolation to those who have suffered abuse at the hands of the rich and powerful. Maxwell was the sacrifice the ruling class were willing to make to present a semblance of justice.

Meanwhile, countless other Epsteins and Maxwells will continue to operate away from the public eye. For the ruling class, Maxwell's only real crime was getting caught.

The prevalence of abuse and perversion at the top of society is no coincidence.

Capitalism – a system based upon the ruthless exploitation of the majority in society – rewards those who act in a callous and cut-throat manner. In other words, the scum rises to the top.

And as Epstein’s ridiculously short 2008 sentence and the small sums required to settle with his victims shows – with that sort of wealth comes an atmosphere of impunity in which such predators thrive.

Only when the stench became overwhelming were Epstein and Maxwell thrown to the wolves. But their accomplices continued to walk free.

We cannot rely on the capitalist courts to hold the depraved elites to account for their crimes. It is only by overthrowing the system that breeds monsters like Maxwell, and which allows them to act with virtual impunity, that we can deliver true justice.