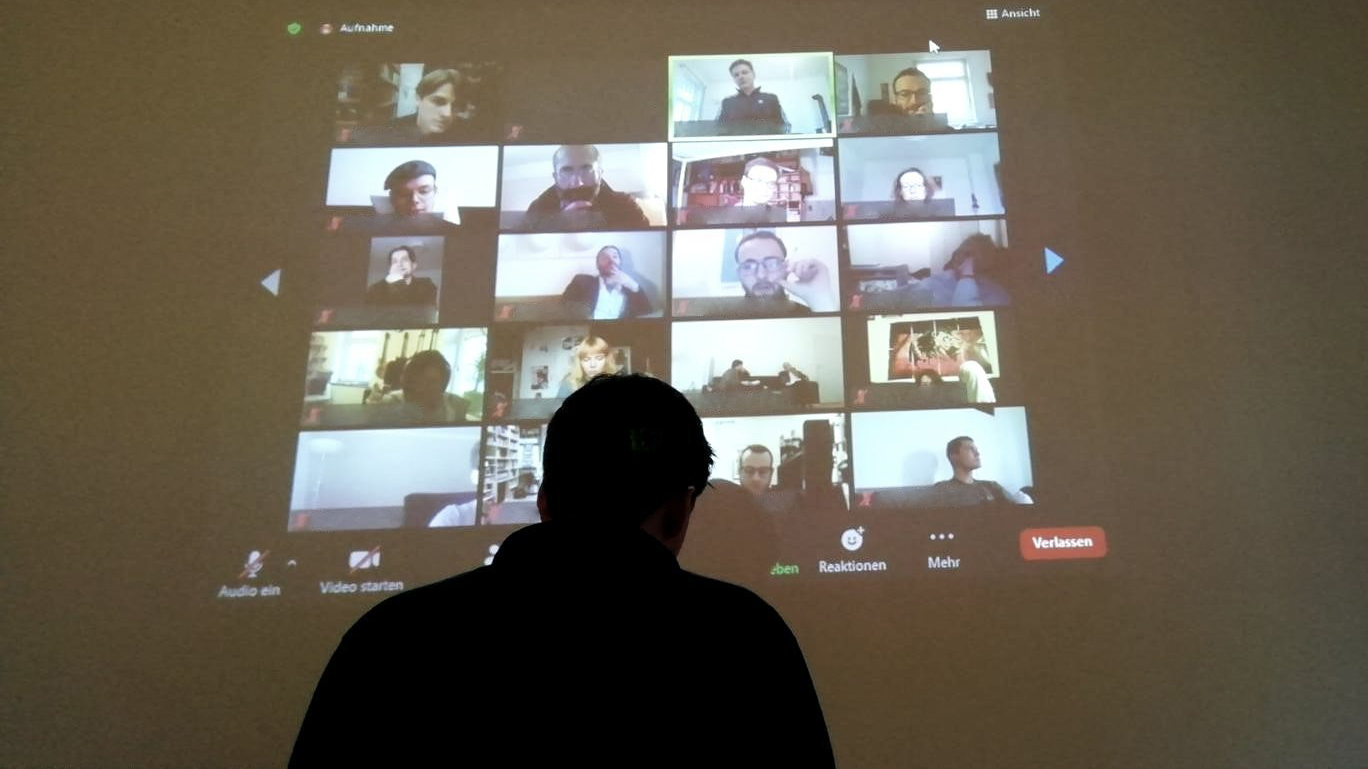 Over the weekend of 9-11 April 2021, Der Funke, the German section of the International Marxist Tendency (IMT), held its national congress. We intently discussed the perspectives for the class struggle, and the tasks facing our revolutionary organisation. Although circumstances meant the congress had to take place online, the mood was militant and enthusiastic.

The congress began on Friday evening, with many comrades gathered for an online commemoration of our recently deceased comrade, Hans-Gerd Öfinger (register here for the international vigil taking place this weekend). The memories, anecdotes, thoughts, and feelings that were shared under these tragic circumstances made it possible, even for comrades who have only been part of the organisation for a short while, to come away with a strong impression of “HG”, as he was known to friends and comrades.

His death has left a terrible hole in our ranks that will be very difficult to fill. At the same time, it was clear that Hans-Gerd’s boundless energy and willingness to sacrifice, as well as the tireless belief in the revolution that he carried with him his whole life, must animate the entire organisation. We must carry on our struggle with ever more determination. All comrades are aware that they carry this responsibility. 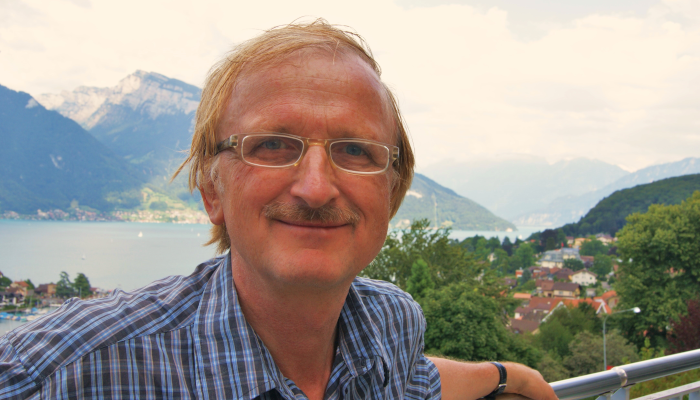 The passing of comrade Hans-Gerd has left a terrible hole in the organisation. All comrades came away determined to continue the struggle that this wonderful comrade dedicated their life to / Image: Der Funke

Thus, the congress resumed on Saturday with a feeling of confidence, not of resignation. After a short welcome, the congress was opened by a discussion on world perspectives.

The world over, the contradictions of capitalism are coming to a head, dragging millions of people into misery. At the same time, we can see how the class struggle, and the radicalisation of the youth and working class are intensifying. This is the background against which our international organisation must conduct its work, with the correct theory, analysis and strategy. The role of the Marxists must be to bring to the workers of the world the necessary tools to put an end to this rotten system, and together to fight for socialism.

After a lively discussion on the international class struggle, the congress resumed with a presentation and discussion on German perspectives. In preparation for the congress, branches up and down the country had already been intensively debating for several weeks.  The congress was the culmination of this discussion, and the political level of the contributions in the discussion was very high.

Even though the impact of the COVID-19 pandemic on Germany has, so far, been relatively less severe than that in much of the world, the cracks in the system are becoming more and more apparent to the German masses. Case numbers are rising again, and the ruling class and its parties are suffering a deep crisis in the so-called ‘super election year’ of 2021. 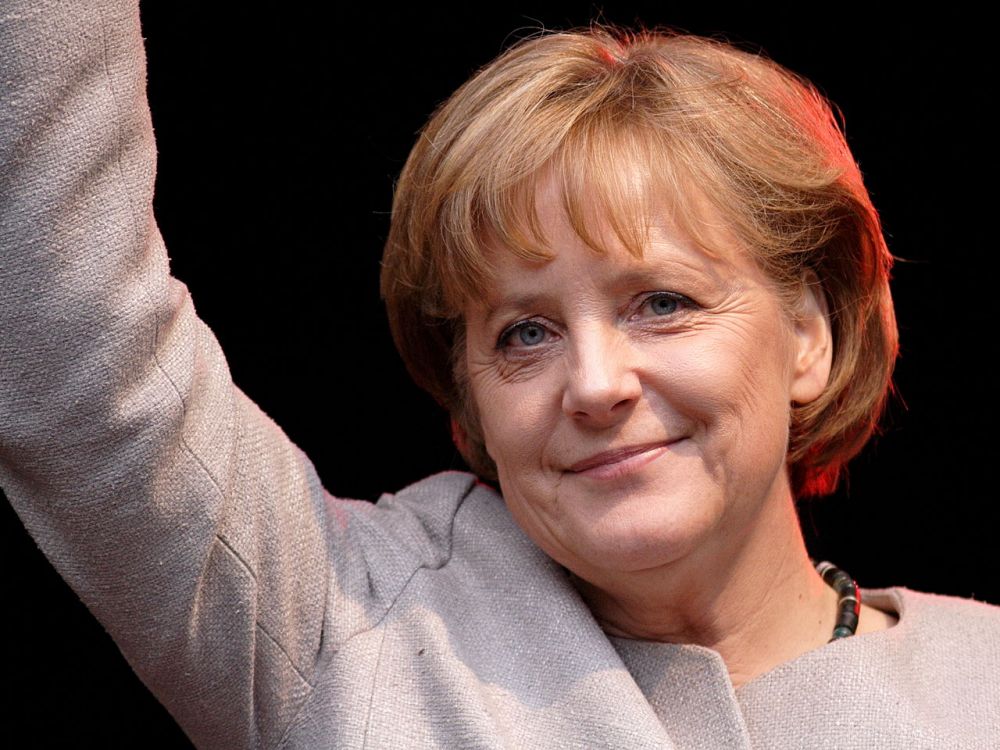 The ruling CDU is losing ground in Germany as the era of social peace draws to an end. There is a process of radicalisation taking place among workers and youth but the traditional workers' organisations are struggling to harness this mood because of their continued policies of class collaboration / Image: Duncan Hall, Flickr

The lead of the ruling party (the CDU) is steadily dissolving, giving way to a deep mistrust towards government policies among the population. However, the traditional mass parties and organisations of the working class are benefitting little from this process as things stand. This is the result of the continued reliance of the leaderships on policies of class-collaborationist ‘social partnership’ and reformism. Nevertheless, growing polarisation and radicalisation have been perceptible for some years now. A broadening layer of the youth in particular are looking for revolutionary answers and are open to Marxist ideas.

Many comrades participated in the discussion on our perspectives document and the class struggle in Germany, the contributions to which were enriching and inspiring. Everyone who partook in the discussion was aware of the seriousness of the situation. All the comrades of Der Funke are ready to add their contribution in the struggles to come.

This important session was followed by an international report. We were all excited to hear how the IMT is developing and growing worldwide. We felt all the more spurred on to fulfill our own role and ensure that the German section grows and thrives.

The first day of our congress ended with a presentation on the importance of financial independence for a revolutionary organisation of the working class. Following the day’s discussion, we were able to put together an excellent fundraising campaign that collected about €5000, twice as much as the previous congress. A portion of the money raised will now go towards the production of important Marxist literature for the workers’ movement in Germany, which was a particular focus of the fundraising drive.

Sunday started with a discussion on the organisational resolution. Once more, the discussion of this document was galvanising. The reports from the different branches were especially interesting for all comrades. Due to the pandemic, the possibility to share experiences in the last year has been limited, and with our rapid growth in many places and so many new branches, we relished the opportunity to hear about developments across the organisation.

In recent years we have managed to develop an important layer of young revolutionaries who are interested in the ideas of Marxism and the task of building a revolutionary organisation. An important product of the success of this work has been our school student paper, Klassenkampf, which we recently published for the first time.

Over the course of the session, we set ourselves goals for the building of our organisation and discussed the upcoming tasks that face us. All in all, our section has used the pandemic situation to our advantage, and we are now looking forward to throwing ourselves into the upcoming struggles of the workers and youth movements.

The national congress was closed with international greetings, and the certainty of having made a huge leap, both quantitatively and qualitatively, since our last national congress. After singing the ‘Internationale’, we would have liked to have embraced.

For new members in particular, the congress made tangible what it means to be part of Der Funke and the IMT. We are looking ahead with confidence to the coming revolutionary struggles.