The comrades of La Riposte once again had their stall at the Fête de l’Humanité, but this time much bigger than in the past. This year the Italian Marxists of FalceMartello were also present, explaining what is happening in the Italian labour movement, in particular the developments at FIAT. 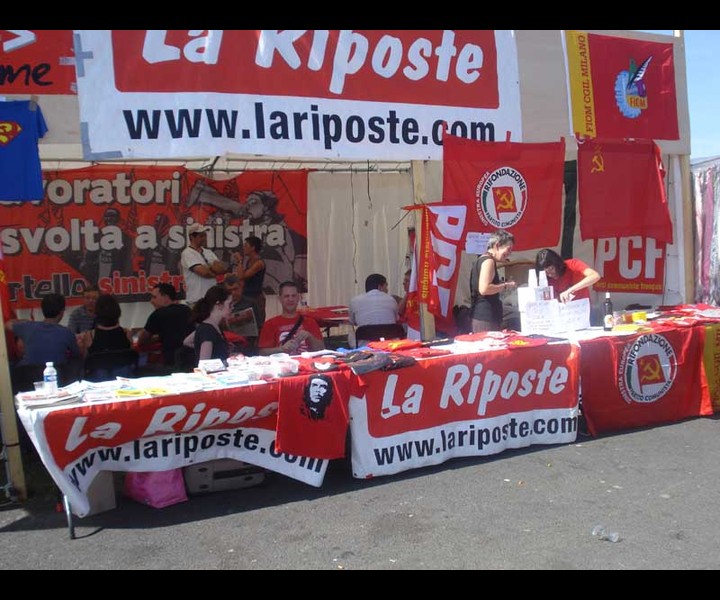 This year’s Fête de l’Humanité (10-12 September) in La Courneuve, near Paris, was, as always, a great success. Organised by the paper of the French Communist Party, L’Humanité, the annual festival attracts hundreds of thousands of people. Apart from the concerts, bars, restaurants and other forms of entertainment, it is above all a political event. The federations and local sections of the Communist Party and many other political organisations hold stalls there. Many public debates are organised on a wide variety of subjects, including international issues.

For the last 10 years, the Marxist newspaper La Riposte has had a stall at the event. This year, the stall was bigger than ever, selling a wide selection of brochures, books, and of course La Riposte. Around 200 copies of the paper and as many brochures were sold. Badges and T-Shirts were also on sale. Not only political thirst could be quenched at the stall. Beer and other beverages were on tap, and empty stomachs could find succour at the hot-dog counter. 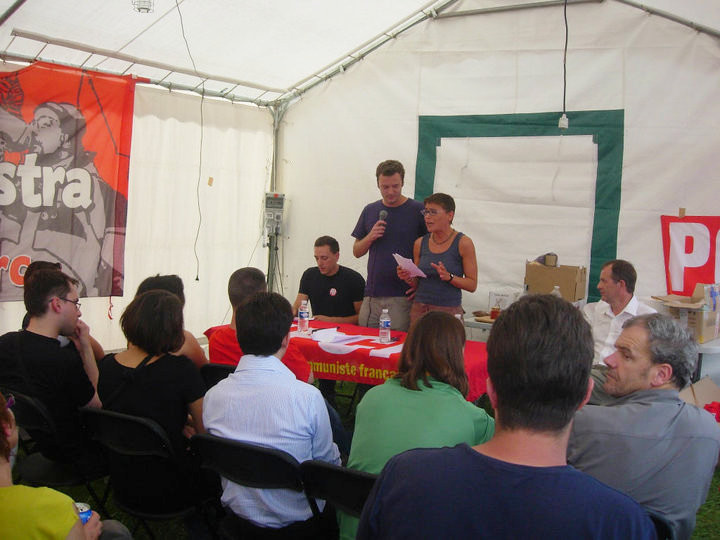 This year, the Italian marxist newspaper, FalceMartello, was also present. The petition and pamphlet produced by the comrades about the struggle of the Fiat workers generated considerable interest. On the Saturday afternoon, a public meeting was held in order to explain what was happening at Fiat. The meeting was presided by Pierre Villeret (PCF and CGT, Roissy).

Greg Oxley, the editor of La Riposte, spoke first. He briefly outlined the disastrous social consequences of the economic crisis in France. He also condemned the campaign of racist persecution which the Sarkozy government is carrying out against the Roma community. This campaign was directly inspired by Berlusconi’s racist campaigns in Italy, with the aim of diverting attention from the worsening economic and social problems in the country, and also from the financial scandals which have completely undermined the government over the recent period. 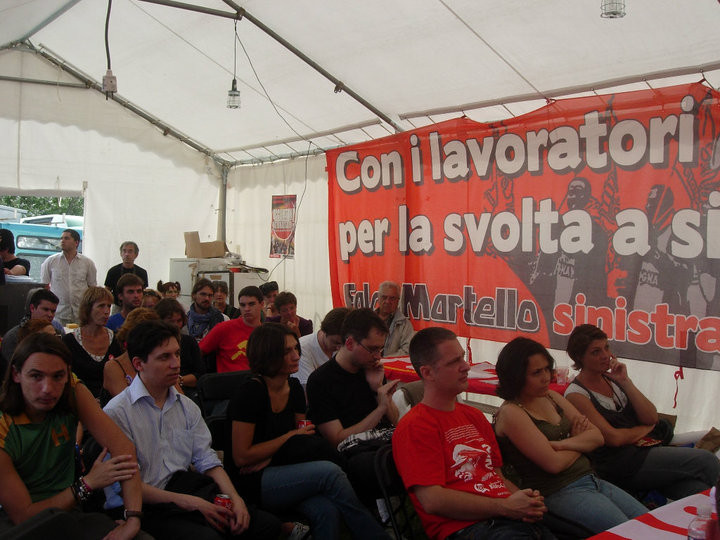 But the main speaker was Sonia Previato, a member of the leading body of the PRC in Italy. She gave a very clear and graphic account of the causes of the dispute at the Fiat factory in Pomigliano. She also explained the situation within the PRC, underlining the enormous possibilities which were opening up for the development of this party, but explaining, at the same time, the need for the PRC to adopt a firm Marxist policy.

This was not the first time La Riposte had organised a public meeting at the Fête de l’Humanité, but it was the first time that this could be done within its own stall. The success of the event means that this will now become a regular feature of the stall in the future. Overall, between La Riposte and FalceMartello, the stall brought in almost 8000 euros, which was enough to cover the cost of the event.