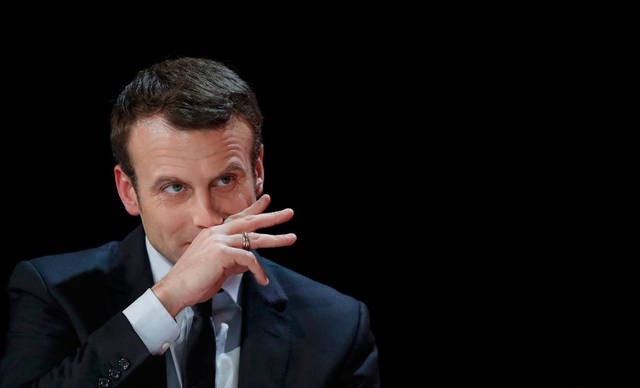 Yesterday’s first round of the French parliamentary elections marked a new record level of abstentions, 51.3% - compared to 42.8% in 2012. Therefore the so-called "surge" of the Marche/Modem coalition must be viewed for what it really is: those abstaining were far more numerous than those who actually voted for the "Presidential majority".

The EM/Modem coalition won 7.3 million votes nationwide, compared with the 8.6 million Macron won in the first round of the Presidential elections. Thus, the so-called "surge" is in reality a decline. The decline of the EM/Modem coalition is largely outweighed by a much sharper decline in the number of votes for the Republicans, the Front national (FN) and France Insoumise (FI).

Macron is assured an absolute majority in the National Assembly. But it is an illusory victory. The level of abstentions underlines the enormous and growing discrediting of the institutions of the Fifth Republic, which are rotting on their feet. The composition of the National Assembly will reflect even less than in the past the real mood in the country. In spite of the disgraceful propaganda of the mainstream media, which can only find divine-like qualities for the President, he is already less popular than Sarkozy or Holland were at the beginning of their mandates. And the draconian counter-reforms that the Macron government is preparing will not improve his popularity one bit.

From the point of view of the French bourgeoisie, the defeat of the Republicans and the debacle of the Socialist Party (PS) is not good news at all. For decades, French capitalism relied on what amounted to a two-party system, with the right and the left alternating in government. Whoever of these two were in power, the interests of the ruling class were guaranteed, providing relative stability to the regime. The triumph of “Macronism” – to which many "Socialist" and Republican leaders have rallied – destroys the old fiction of alternating governments. It makes it abundantly clear to all that the leaders of the PS, the Macronists and the Republicans are fundamentally in agreement on the programme that needs to be carried out, a thoroughly reactionary and anti-working class one. Consequently, the victory of the "Centre" is only the prelude to a further acceleration of the polarisation of French political life, which has been deeply and permanently destabilised.

The candidates of France Insoumise (FI) and the French Communist Party (PCF) suffered the most from such a high level of abstentions. Of the 7 million who voted for Mélenchon in the Presidential elections more than half did not turn out this time. One could sense this during the campaign, with many working class voters expressing the view that the whole affair was "a foregone conclusion". One could explain that these legislative elections could turn the cards on Macron, but this argument had little effect. In the most exploited and oppressed strata of the population, the ebbs and flows of political life do not always adhere to the electoral agenda of bourgeois institutions. Nonetheless, the potential for the "radical left" remains enormous. The bankruptcy of Macronism will lead to a new radicalisation to the left – and to the right.

The competing candidates of the FI and the PCF also played a role in the demobilisation of the Mélenchon electorate. Without this division on the left, more candidates from the FI or the PCF could have gone through to the second round. The National Secretary of the PCF, Pierre Laurent, blames the leaders of the FI. But that argument does not hold. The dynamic of events was on the side of the FI, not of the PCF. This was evident and was clearly demonstrated by the results of the first round of the parliamentary elections. Pierre Laurent can twist and turn and claim that “it was the fault of FI”, but the voters will look at the results and draw the conclusion that the responsibility for the division on the left falls first on the PCF. As a result, the Communist Party will emerge politically weakened from these elections, and will be increasingly prone to marginalisation.

FI candidates or PCF candidates are through to the second round in around 80 constituencies. A united front of these two left forces must now be built on the ground, to elect a maximum of left candidates this coming Sunday. There will be no other real "opposition" to Macron's policy in the National Assembly.

Finally, calls for a so-called "Republican front" with the right against the Front National (FN) must be firmly rejected. It would amount to calling for a vote for those who were responsible for the rise of the FN in the first place. The struggle against the FN, and against the right wing in general – Macronists included – must now be developed on three levels: 1) by campaigning to elect a maximum of FI and the PCF deputies (MPs) on Sunday; 2) by preparing mass social mobilisations against the reactionary programme the Macronists are preparing to implement; 3) by transforming the France Insoumise movement into a more structured organization with a programme that breaks with with capitalism in crisis, capable of winning to its ranks a large layer of activists.