On 10 January, the French government will reveal the details of its draft law on pensions. We already know the main measure that has been proposed: the postponement of the retirement age by four months, each year, to reach 64 or 65 years of age (against the retirement age of 62 today) in 2027 or 2031. In addition, the increase in the length of contributions required for a full pension could be raised to 43 years (from 42 today) before the planned deadline of 2035. There is no doubt that these policies will be opposed.

In 30 years, successive governments have completely destroyed the gains of 1982, in which the Pierre Mauroy government set the retirement age at 60 and the number of years of contributions required at 37.5. It was Edouard Balladur who began attacks on this reform in 1993 by extending the length of contributions from 37.5 to 40 years in the private sector. In 2003, in the name of “equality", François Fillon imposed the same counterreform on civil servants. In 2010, Nicolas Sarkozy raised the retirement age to 62. In 2014, François Hollande then raised the transition to 43 years of contributions by 2035.

While these countereforms were underway, a swarm of media experts endlessly repeated the same old argument: “we must work longer because we live longer”. In reality, since the industrial revolution of the 19th century, the life expectancy of workers - which is still much lower than that of capitalists - has increased in part thanks to the reduction in working hours. And this reduction in working time, which has always been hard-won, was based on a continuous increase in labour productivity. However, these obvious facts cannot convince the bourgeois experts and politicians, because their objective is not to expose the historical truth; it is to defend the interests of the big French capitalists. The break-up of pensions is a policy which aims, on the one hand, to make drastic savings off the backs of workers and pensioners, all for the benefit of big business; and on the other hand, to develop the (potentially colossal) market of private pension systems.

The aim of the struggle

There should be no doubt about the determination of the bourgeoisie and its government to implement this counter-reform: the competitiveness of French capitalism is at stake. So, to stop it, it will take much more than a series of trade union “days of action", as the experience of the last 30 years of struggles has shown. It will take a solid movement of continuous strikes, embracing a growing number of key sectors of the economy, that is to say, a social movement of exceptional power. 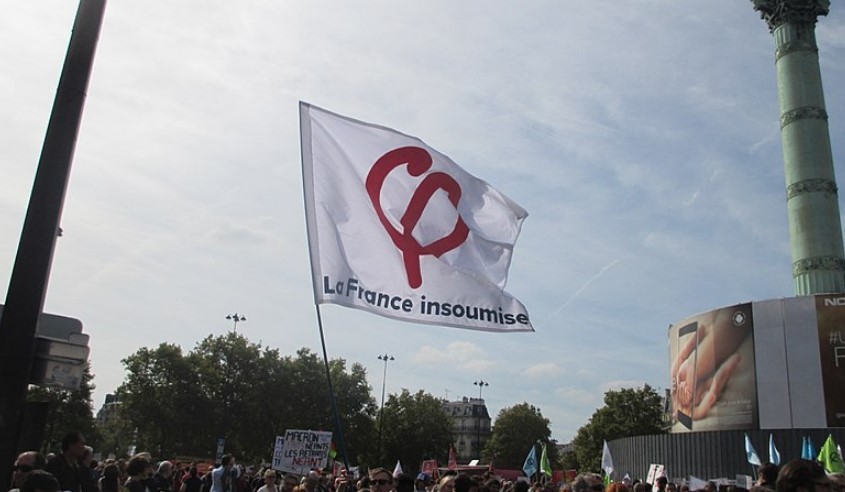 France Insoumise and others are calling for a massive mobilisation against the plan to scrap pensions / Image: Tyseria, Wikimedia Commons

This raises the question of the slogans under which this struggle should be prepared and waged. In itself, “abandoning the reform project” is not sufficient. Certainly, all the polls underline that a clear majority of the population rejects the new offensive against the pension system. But in a context where blows are raining down from all sides (inflation, growing misery and precariousness, the breaking up of public services, etc.), young people and workers will only take action in a massive and lasting way if the objective of the struggle is much broader. We certainly know well that, if this reform is defeated, it will come back a few years later if nothing else changes. The struggle must be worth the effort, the objectives must be worthy of the sacrifices it demands.

France Insoumise and youth organisations are calling for a massive mobilisation on 21 January against the plan to scrap pensions and against the government's policies as a whole. This is a step in the right direction. However, we know that one day of mobilisation will not be enough. The left and the trade union movement must throw all their forces into the preparation of a movement of continuous strikes aiming at nothing less than the overthrow of the Macron government and the end of all austerity policies.