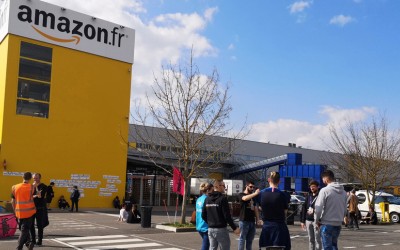 Strikes have broken out in several Amazon warehouses in France, to demand the closure of the sites and full payment of wages. Gregory Lavainne, activist and delegate from the UNSA trade union on the ORY1 site in Saran (close to Orléans), explains the situation.

Révolution: How did the mobilisation start?

Gregory Lavainne: After Macron’s first televised address, on Thursday 12 March, we asked the site management what they were planning on doing to ensure the safety of the workers. They just answered that they were going to apply the government’s recommendations.

Concretely, the managers asked the workers to respect the 1-metre distancing. But in reality, this is impossible to maintain: we cross paths with each other all the time in our work, and often at less than 1 metre’s distance.

They also reorganised breaks, so that there would only be 100 of us taking a break at the same time, rather than 200. They asked us to only take up one out of two chairs in the break room. Basically, a shoddy patch-up job.

What did you reply and demand?

We said that this wasn’t going far enough. We demanded that there be hand sanitiser gel available for all workers. They had put some in, but it quickly ran out. So they put in a kind of “antibacterial mousse” and said that would do the job. We demanded gel but they said they couldn’t find any. That’s their problem, not ours! They found some since then, but we fear that it won’t last and that they’re going to stick us with the mousse again.

We also demanded that all workers have their temperature taken when they come into the warehouse, when they go through the metal detectors. We know this isn’t enough, since you can be contagious without having a fever. But at least those who have a fever won’t come onto the site.

Instead of this, when a worker gets sick, management just sends them home and declares it a “flu-like condition”. 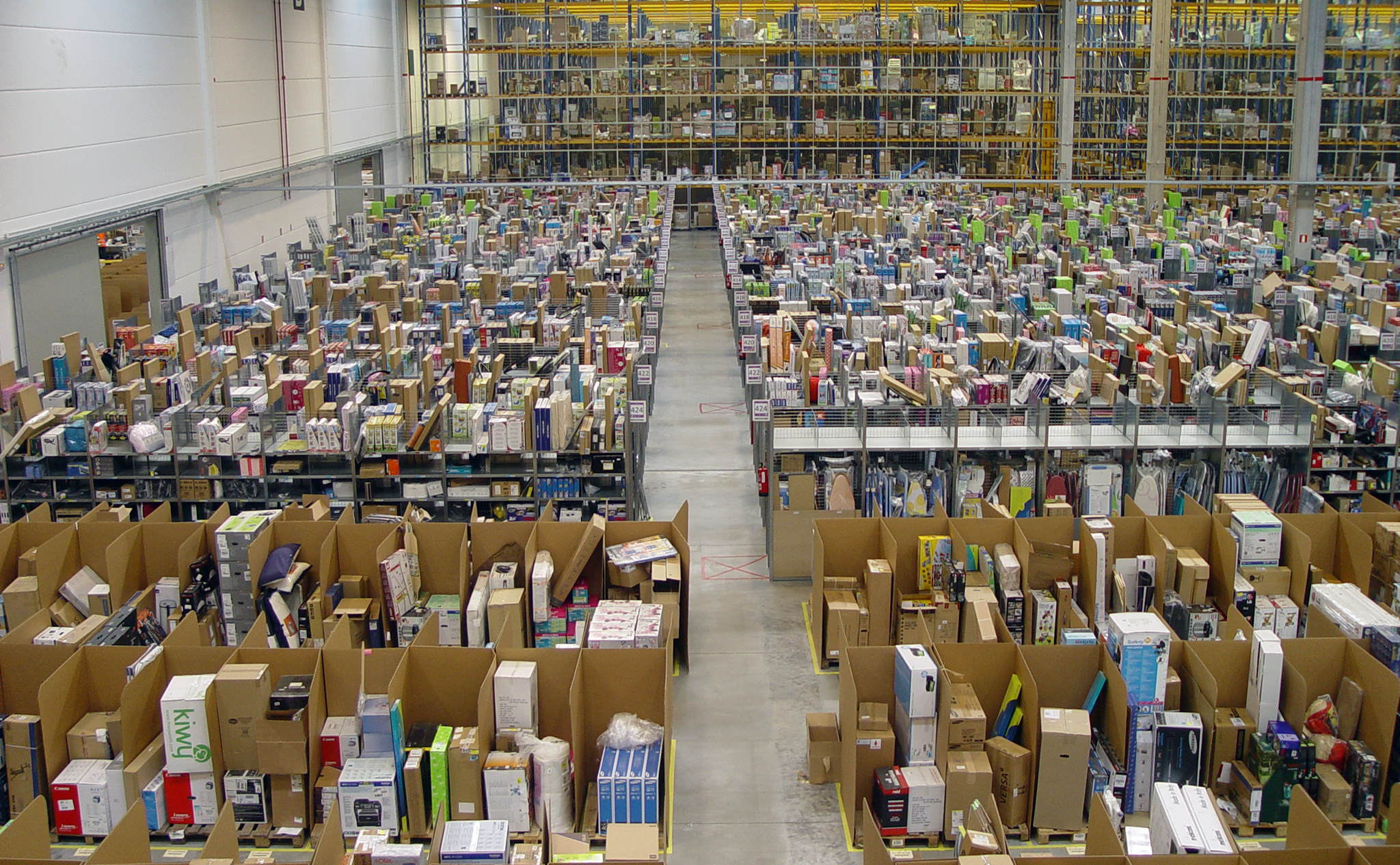 Strikes have broken out in several Amazon warehouses in France, to demand the closure of the sites and full payment of wages / Image: Flickr, Álvaro Ibáñez

Finally, we asked for gloves and FFP2 masks for all workers who wanted to wear them.

We asked for all of this formally, via email. But we received no answer. Complete silence.

On the other hand, we found out that management and HR staff are now mostly working from home. It’s always up to the same people, ordinary people, to take all the risks.

When did you demand the closure of the site?

After Macron’s second speech, on Monday evening. We formed a joint union assembly and called on the workers to go on strike on Wednesday to demand the closure of the warehouse and full payment of the workers’ wages.

The strike was well attended: 130 strikers in the morning, 150 in the afternoon. We saw that the majority of the workers were relieved!

Then, the manager told us that it was impossible to close the site, that she couldn’t make that decision, that it would have to be decided by the French management of Amazon or even at the Seattle headquarters in the USA. Even in Spain and in Italy, where there were confirmed cases of contagion in some warehouses, they didn’t close them. And we are still getting delivery pallets from Spain and Italy.

We put up some posters on the walls of the warehouse on Wednesday, on which we wrote: “As Seattle counts its dollars, Europe buries its dead”.

Usually, on the site, management never stops reminding us: “safety first!”. But now we are seeing that that’s rubbish: in reality it’s “profits first!”.

The managers of Amazon have also let it be known that they would fight against anyone exercising their right to refuse work on health and safety grounds (droit de retrait) by docking their pay.

We are still demanding the closure of the warehouse and full payment of wages. And in terms of immediate actions, we have taken over the inspection of the work. We filed to declare “Grave and imminent danger” (a French labour law provision that allows workers to refuse work on health and safety grounds). An investigation has been opened. We are demanding the implementation of the measures I listed: FFP2 masks, gel, gloves, taking of temperature, and others: water bottles instead of water fountains; cutting the number of workers on each shift in half, with partial unemployment measures; a systematic disinfection of the places most susceptible to disease transmission. All that said, the only really effective measure would be to close the site. And that’s what we are going to keep fighting for.