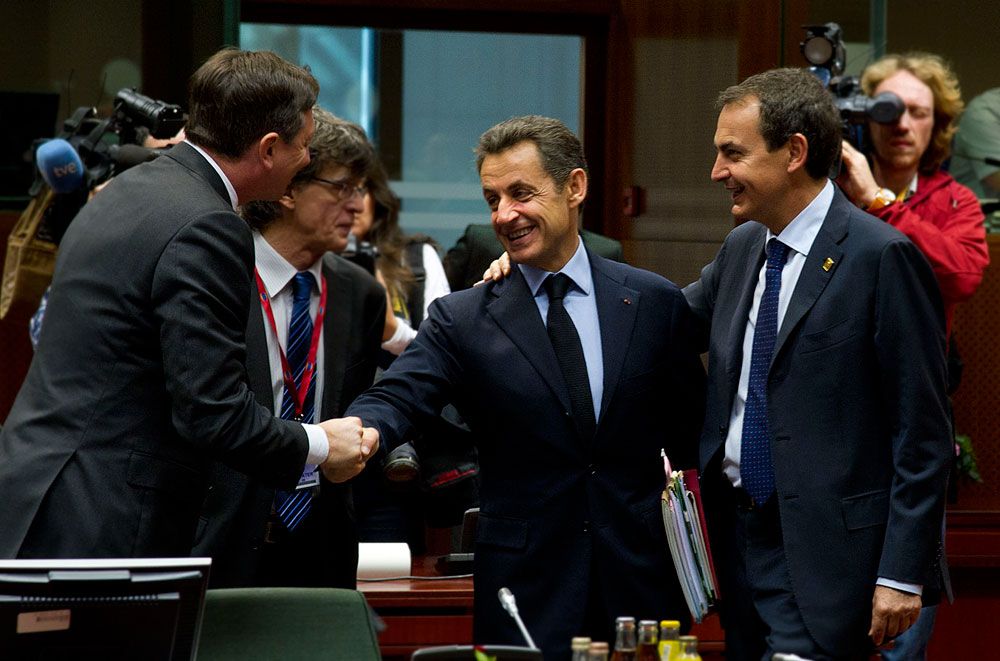 As in all other European countries, the Sarkozy government in France is applying a vicious policy of “austerity”. The workers – and also the middle classes – are to suffer further cuts in their standard of living in order to maintain and increase capitalist profits. In these years of crisis, French banks doubled their profits from 5.5 to 11 billion euros in 2009, and almost doubled them again to 21 billion in 2010.

The Sarkozy government wants to keep its ”triple A” qualification with credit rating agencies such as Moody’s or Standard and Poor’s, and avoid an increase in interest rates. To this end, the markets – that is to say capitalist speculators in currency exchange and state debts – need to be “reassured”. Cuts in public expenditure on education, health, family allowance, pensions and unemployment benefits mean more money to pay back state loans and interest to banks and other money lenders. That is the theory. In practice, things are not so simple.

The French economy is in crisis. Growth of GDP is expected to be 0% in the last quarter of 2011. From an overall trade surplus in the 1990’s, the balance of trade has constantly deteriorated, year after year. This year the deficit will be over 70 billion euros – the highest ever in French history. State debt has increased every year since 1974. It now stands at 1650 billion euros, which is the equivalent of 86% of GDP. The payment of the interest alone is the highest single expenditure in the state finances – above education and defence – at 50 billion euros per annum. Every year, the debt increases by something like 150 billion euros. Clearly, such a massive annual increase cannot go on forever. The government tries to pin the responsibility for the European crisis on Greece alone. But Greece is only the most dramatic example of a general crisis of European capitalism. Sarkozy can repeat that “France is not Greece”, as often as he likes. But in fact, on the road to ruin, Italy and Spain are not far behind Greece, and France is not far behind Italy and Spain. All of the European economies are linked together. If state finances in Italy collapse, France will also collapse.

The French deficit is out of control. This can be seen by the austerity measures of government. The latest “package” of measures is intended to reduce the annual deficit by about 8 billion euros. Initially, the government intended to reduce the deficit by 40 billion euros in 2011. But after six months, in spite of draconian measures against public services and the attacks on pensions, the net gain was only 10 billion euros. This is because of the general decline in the economy on the one hand, but also because of the effects of the cuts themselves. Cuts in state expenditure cut demand, and have a negative effect on the economy as a whole. With an overall annual deficit of 150 billion euros, it would take cuts amounting to more that this amount in order to prevent a worsening of the debt. Sarkozy says he wants “austerity which does not affect economic growth”. That is impossible. If growth is close to 0% on the basis of almost insignificant reduction of the deficit so far achieved, harsher measures would inevitably plunge the economy into recession, which means less state income from taxation, and higher expenditure related to the increase in unemployment, poverty and destitution. “France is not Greece”, but the same economic laws apply to both. However, if much harsher cuts are not applied in the hope of avoiding a recession, then the state debt will continue to increase. As Napoleon once said: “There are situations, in politics, where whatever action is taken is a mistake.” French capitalism is in exactly such a situation at the present time. One way or another, capitalism in France is heading for catastrophe, and an economic catastrophe will mean a social catastrophe – especially in France ! – that is to say an explosion of the class struggle on a scale never seen in France since 1968.

There is a growing consciousness among workers that this crisis is qualitatively different to those that have periodically occurred since the Second World War. This is reflected in the mood of workers generally and in the tone and content of the discussions in the unions and the Communist Party. Predicting election results is a hazardous exercise, but, for the moment, it seems likely that the Socialist Party will win the next presidential election in May 2012. If this happens, it will no doubt win the parliamentary elections which will follow. The result would be a foregone conclusion if the program of the SP was anything more that a pale copy of that of Sarkozy.

Whatever the result of the elections, it will prove impossible to preserve what remains of the past conquests of the working class as long as the banks and the stock exchange maintain their power. No amount of marches or strikes, no amount of “indignation” will be able to prevent this. Mobilising against the austerity is important but in and of itself it is not enough. We have reached a point where capitalism means austerity without end. Society must be freed from the straightjacket of capitalist property, and reorganized on a new socialist foundation. Our task is to help workers to find their way to this revolutionary conclusion.