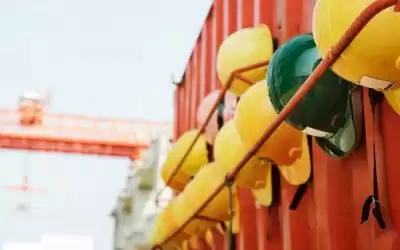 Initially, the biggest employers' federations of this sector – the FFB, FNTP and CAPEB – have called for a halt to construction work. However, the government did not see matters in this light. On 19 March, in total contradiction with the official directives of the lockdown, the Minister of Labour, Muriel Pénicaud, said she was "outraged to find out that yesterday, the CAPEB federation said to all craftsmen "Stop all building sites". She argued that the construction industry adopted a "defeatist attitude", and called for optimism and "civic-mindedness".

Whilst ignoring the reality on the ground, she even accused construction companies of "abusing the partial unemployment scheme". But how can construction work in viable sanitary conditions be continued, without endangering the health of the workers?

These scandalous statements have, in fact, resulted in a restriction of the authorisations to resort to the partial unemployment scheme. From the 19 March onwards, the companies were blocked by the DIRECCTE, which wanted to prevent them from closing down.In an open letter addressed to Muriel Pénicaud, Jacques Chanut, President of the French Construction Federation immediately denounced the situation: "the police forces are ordering our employees to leave the premises, customers are refused access to the construction sites and – most importantly – our employees are legitimately worried about their health. It is impossible in this situation to ensure the normal functioning of our activities. [...] The blackmail that DIRECCTE has been exerting on our local federations for several days is unspeakable. Who are they trying to fool?!"

However, these virtuous concerns of the construction industry employers' federations (BTP) did not last long. These same federations, which on 19 March were going up against the government, quickly changed their minds. Two days later, they stated they were ready to negotiate with the government and find the conditions to resume construction as soon as possible. The result was nothing less than an "easing" of the French Labour Code: an increase in the overtime quota, the forced use of paid holidays and RTT – in addition to the authorisation to resort to the partial unemployment benefits. This is no longer the time to defend the security of employees, but rather to engage in a major haggling over the Labour Code. The National Federation of Public Works is not losing its way, explaining that once the epidemic is over, "we will have to catch up, and we will then need larger quotas of overtime"

All these manoeuvres ended on the 2 April, with an "official guide" validated by the Ministries of Ecological Transition, Housing, Health, Labour and the Construction and Public Works federations (BTP). This programme supposedly ensured "acceptable" safety conditions: respect various gestures against the virus's propagation (“barrier measures”), arrive in individual vehicles, eat alone or at an appropriate distance, wash your hands frequently and limit any contact with colleagues. Mission impossible! This programme went even further and offered a tutorial soberly entitled: "Wearing your mask effectively in the workshop and at the construction site". What masks?!

Muriel Pénicaud says she was "happy to have found an agreement with the BTP", of course, without specifying that this "agreement" was negotiated without the architects, the project managers (the first people in charge of the building sites) and, of course, the employees themselves.

The situation on the ground

Does the government have a vague idea of the working conditions on a construction site? In the cramped locker rooms, where there is a single bench amidst a multitude of lockers, promiscuity is inevitable. To open the locker, change clothes, put on boots, put on a helmet, close the locker, cross the barracks to go and wash your hands in the sometimes distant sanitary facilities – all without ever coming into close contact with your colleagues? It's an acrobatic act! At lunchtime, you have to eat in a refectory that is often crowded or settle down elbow to elbow around the improvised table in the meeting room.

On the ground, workers often have to work in pairs, side by side, on the same construction work. It takes two or three to carry a heavy load. Not to mention the exchange of tools, site visits and meetings, etc. It is clear that compliance with the so-called "barrier" measures is completely illusory here.

While masks and goggles from construction companies have been massively requisitioned to supply hospitals, how are workers supposed to protect themselves? The use of a mask is nonetheless essential whenever workers are exposed to respiratory risks: inhalation of wood dust (the second-highest cause of work-related cancers), asbestos dust and toxic gases; exposure to solvent vapours, etc. If an employee fails to comply with safety regulations and an accident occurs, he or she may be held liable. A disciplinary or even criminal sanction could be imposed on him or her. That would be the height of absurdity! 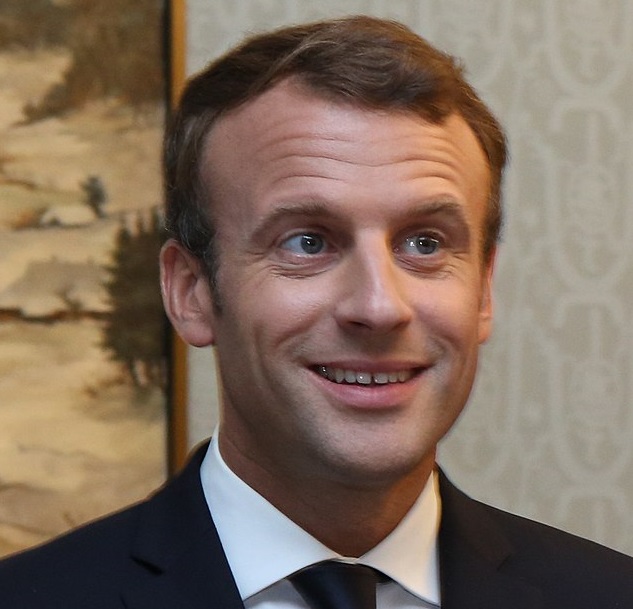 Macron has assured bosses that work will continue / Image EU2017EE

"Basically, they are willing to accept the loss of a few employees: this is the acceptable percentage of loss in times of war!", denounces Jacky Balmine, Secretary General of the CGTR BTP. In times of pandemic, the government does not hesitate to risk the lives of millions of workers. In times of war, we need cannon fodder – or, in this case, "concrete flesh", according to the words of Eric Robin, head of the trade union CGT Construction in the Alpes-Maritimes.

Following these paradoxical injunctions – "stay at home", then "go back to your construction sites" – the continuation of construction building turns into a farce. Is construction really so vital to the nation, in the midst of a pandemic? Of course it is not. And therefore, construction workers must be able to exercise their right to withdraw – with full pay !