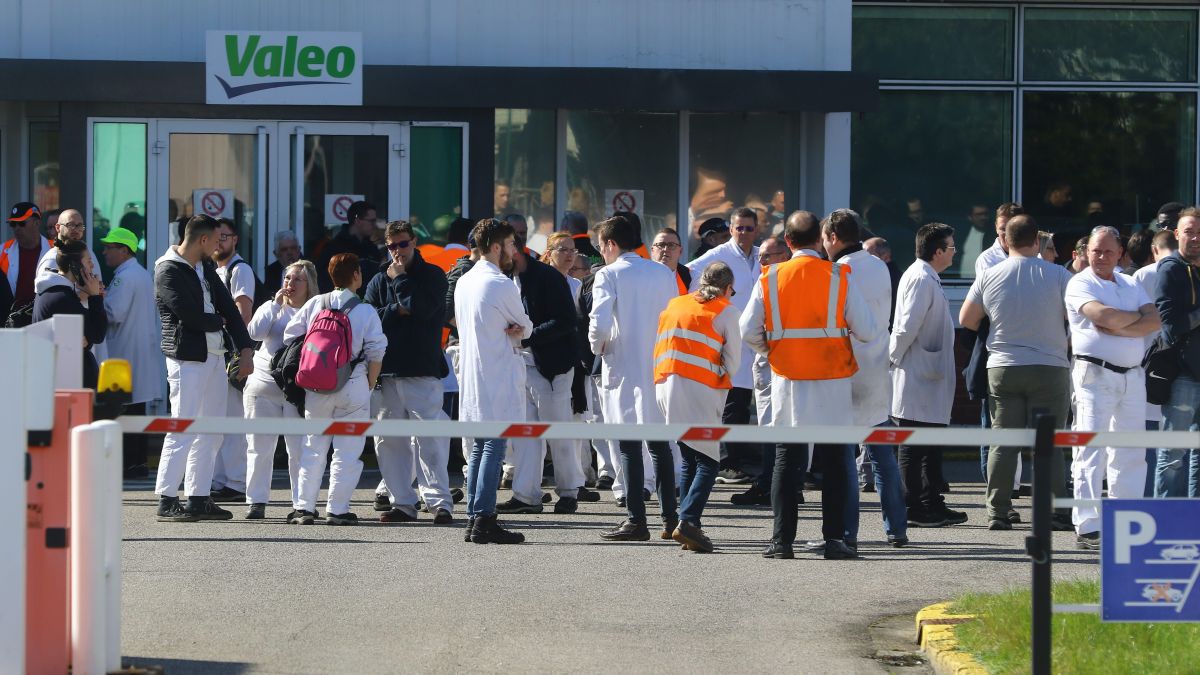 In order to safeguard their profits, employers are jeopardising the health of millions of workers: they refuse to close down non-essential businesses, are unable to protect workers in essential sectors, and are preparing to shift the entire burden of the economic crisis onto the shoulders of young people, workers and pensioners. In spite of these facts that outrage countless workers, the leaders of five trade union confederations have found a 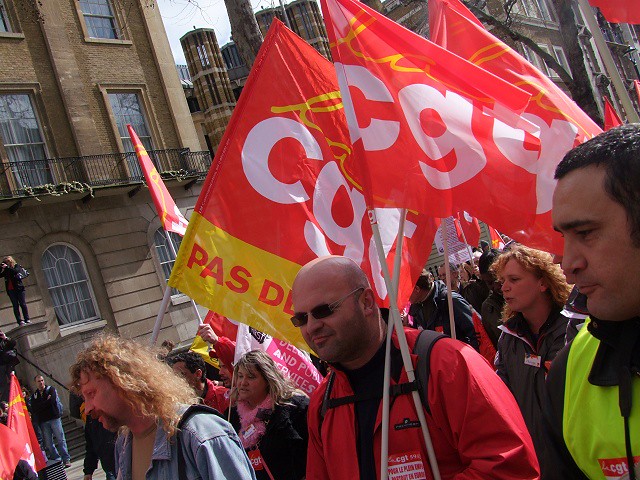 The scandalous declaration shocked many union activists, particularly at the CGT / Image: Flickr, johninnitway to sign a "joint" text with three employers' organisations.

The content of this declaration is inevitably a series of vague statements in line with the interests of the ruling class. It affirms "the essential role of social dialogue and collective negotiation". Ah yes, the big bosses are willing to "discuss” and "negotiate" with trade unions, as long as their fundamental interests are not questioned. In fact, union leaders have been "negotiating" social regression for years. From the point of view of the big bosses, this is the most effective and safest way: covering their attacks with the veil of "social democracy".

In addition, the signatories of the joint declaration "call on public authorities and the companies to implement all the necessary means to protect the health and safety of those who have to work.” It is precisely the "public authorities" (the government of the bosses) and "the companies" (the ruling class) that are stubbornly refusing to implement such "necessary means". And first and foremost, they insist on maintaining the activity of non-essential businesses, at the risk of infecting workers and their families.

Which employees "have to" work? And what are they working for? Is it because their work is essential to social life or is it because capitalist profits "have to" be safeguarded? The joint declaration does not specify this, of course. By approving this deliberately vague wording, the union leaders who signed the text have become accomplices in endangering the lives of countless workers.

The rest of this scandalous declaration is more of the same. Unsurprisingly, it shocked many union activists, particularly at the CGT. Below, we’ve published the reaction signed by several CGT bodies and leaders – including some at the highest level of the confederation, which is very rare.

Yesterday evening, five trade union confederations and three employers' confederations signed a joint text that we will not reproduce since it is available, for example, on some of their websites.

We note that the signatories:

We are talking about the lives of workers, not just a few, but thousands! The empty words of the bosses, like those of the politicians, including Macron, are completely discredited by their eagerness to continue the activities of all businesses. It is the same with the signatories of this text. They all find themselves in this sacred union brought together by Macron, while those who pay the price are the workers and their families!

The only credible opinions are those of the people on the ground, the doctors, nurses and paramedics: all of them say that it is absolutely necessary to stop all activities that bring people in contact with each other, and only those activities that are really indispensable should be allowed.

The reality on the ground is that, as a general rule, employers force people to work long before they worry about putting in place the necessary measures (no matter how little they cost) to protect workers. Meanwhile, profits keep coming in, but the virus can be transmitted in just one minute! There is therefore an urgent need to stop everything that is not necessary.

The state of emergency created by the health crisis has led to an exceptional situation for the bosses, where anything goes. The role of the CGT in this period should be to stand shoulder to shoulder with the workers, not to sign a declaration together with those who are against us. The CGT branches that have signed this public address invite all the bodies of the CGT, from the smallest individual union to the entire confederation, to condemn this "joint position" that makes its signatories accomplices in the human tragedies resulting from the current health crisis, and to demand that the CGT withdraw its support for it.

Members of the CGT leadership: B. Amar, M. Blanco, P. Bonnet, B. Talbot.