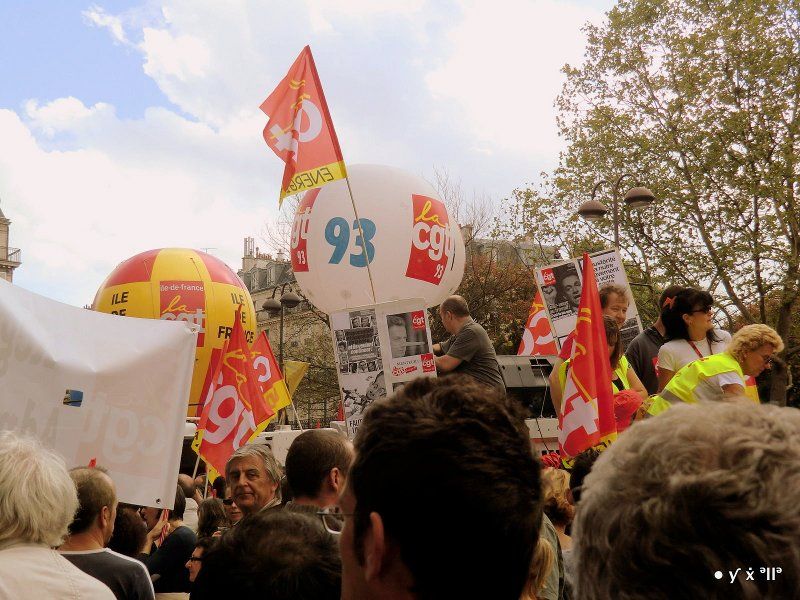 The overwhelming majority of French people are against the so-called pension reform of the Sarkozy government. This was made abundantly clear in yesterday’s mass demonstrations. But what can be done to transform this opposition into an all-out movement to stop the government?

On September 7, over two million people turned out to demonstrate against the reform of the national pension scheme being carried out by the Sarkozy government. The reform will push the legal retirement age form 60 to 62, and lead to a general deterioration of pensions provision. Mass demonstrations took place in a hundred towns and cities throughout the country, but in many villages and smaller towns, workers, youth and pensioners also organised local protests and marches. This was one of the biggest “days of action” of this kind for many years. The Paris demonstration involved over 250,000 marchers. Polls indicate that 70% of the population as a whole consider that the strikes and demonstrations are justified.

Just three days earlier, on the 4th, a mass demonstration of 50,000 took place in the capital, with many thousands more in other cities, in protest against the campaign of racist persecution that has been launched against the Roma community. Police raids on the makeshift caravan sites, with the brutal methods usually employed on operations of this kind, brought to mind the raids with took place in Jewish neighbourhoods under the Vichy government in the 1940s. This campaign was clearly inspired by the tactics and propaganda used by Berlusconi in Italy. The violent destruction of caravan sites and the deportation of their inhabitants is an attempt to divert attention away from the disastrous social and economic consequences of the capitalist crisis and government policy. The Sarkozy government is discredited, after two years of constant attacks on workers’ rights and living standards, against a background of economic stagnation and mounting poverty and distress affecting millions of people. Allegations of corruption involve none other than the Minister in charge of the pensions reform, Eric Woerth. 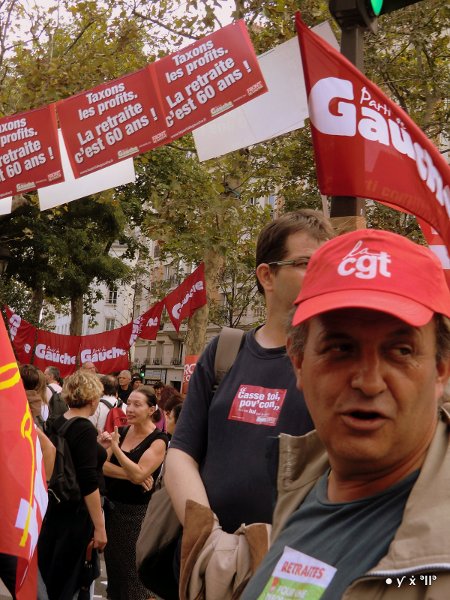 Photo by yXelle. In spite of the massive size of the demonstrations against the pensions reform, the mood in general was rather depressed in comparison to previous demonstrations on this question. The buoyant optimism which we saw in the 2003 marches was absent on September 7. The fact is that demonstrations – even mass demonstrations like this – do not have any serious effect on government policy. In this particular case, as on many other issues in the past, the organisations of the working class will find themselves caught in the snare of what is now a well rehearsed scenario. The government prepares a reactionary law. It adds a series of measures of secondary importance to the bill. The workers march in protest. The government, in order to appear reasonable, withdraws some of the secondary measures, but the main objectives of the bill go through.

The cynical attitude of the government was expressed in the press on the morning of the 7th. A source “close to the president” was quoted as saying that the government was used to this kind of protest. “It has become something of a social tradition here in France”, said the source. “But the core of the reform will go through as planned”. And this is exactly what will happen. The union leaders will probably call yet another “day of action”, and another, and another, until the willingness of workers to turn out for such events falls away. And so things will continue, cutting down one by one all the conquests of the past struggles of the working class, until the ranks of the labour movement – and perhaps, to begin with, just one powerful section of the workers such as workers in transport, in electricity, in communications, or banking – decide that enough is enough, and successfully call upon the rest of the working class to stay out on strike and begin a serious and determined struggle.

It is this perspective that the government fears most. It is also the perspective that the top leaders of the unions fear most. Not only the more conservative and more openly class collaborationist leaderships, such as those of the CFTC, the CFDT or Force Ouvrière, but also the CGT leaders, dread the prospect that workers will take matters into their own hands and launch all-out indefinite strike action. This will happen sooner or later. It is just a matter of time.