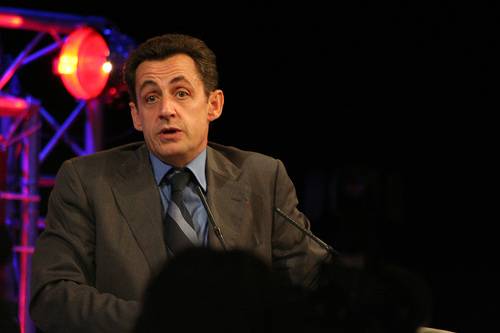 Sarkozy lost his glossy image some time ago. But now he is exposed in the eyes of all. After all his bragging about his own extravagant lifestyle, he is attacking the living standards of pensioners, workers, students and the unemployed. The mood in France is an angry one. If the leaders of the left and the trade unions were to mobilise the workers, this government could be brought down relatively easy.

Two days after Sarkozy appeared on television with the aim of lifting the cloud of suspicion of corruption around Éric Woerth (the current Minister for Labour, Solidarity and Public Services) and himself, the Canard Enchaîné newspaper revealed that Woerth authorised the sale, at preferential rates, of a plot of land in the Compiègne forest to the president of the Horse-racing Association of Compiègne. The latter also happens to be one of the directors of France Galop (the governing body of flat and steeplechase horse-racing in France), which counts among its members a certain Florence Woerth – who just happens to be the Ministers’ wife!

The government states that this transaction is “perfectly legal”, but that won’t convince the millions of youth, workers and pensioners whose conditions of work and life are constantly deteriorating in all “legality”, while those at the top get richer at their expense. After all, was it not also “legally” that Sarkozy tripled his own salary just after his election? And was it not in complete legality, also, that Mrs. Bettencourt, with a fortune of at least 17 billion euros, received a tax rebate of 30 million euros? Capitalist legality authorises the rich to enrich themselves to the detriment of the vast majority of society: such is the conclusion which more and more people are reaching. And this has potentially revolutionary implications, especially in a country like France.

The enquiries and revelations concerning these scandalous affairs could have important consequences. They could even put an end to the government. It will not be easy to cover up all of this. Even if the police enquiry concludes that Woerth and Sarkozy are judicially innocent, the mass of the population will consider them as guilty. Class instinct counts for more than judicial decisions. It does not let the “presumption of innocence” stand it its way. People cast a glance at the rising dung-heap of revelations and, and without waiting for the results of official inquiries, they say to themselves: “This is typical of these crooks!”. And they are absolutely right. All the accusations against Woerth and Sarkozy are perfectly in keeping with the ways of those whose politics only serve the material interests of a small handful of big capitalists.

The decomposition of the Sarkozy government is irreversible. Events are accelerating the deterioration of its position, the fundamental causes of which are the crisis of capitalism and the unemployment, poverty and social decline that result from this. When Nicolas Sarkozy, in 2007, went on holiday on the yacht of the billionaire, Bolloré, many people said to themselves : “Let him do what he wants for his holidays, as long as he sorts out our problems”. But now it is clear he has solved nothing. On the contrary, his policies have worsened the problems facing the vast majority of the population, making the privileges and material advantages of those in power even more intolerable. And things will not sort themselves out. Over the next two years, unemployment will not go down by any significant amount. It will probably continue to rise. Poverty will worsen. Further cuts in public expenditure and counter-reforms, including the attacks on pensions, are on the order of the day. All this can only increase and intensify the unpopularity of the government.

In September, the mobilisation against the attacks on pensions should move onto a higher level. We have already underlined in our articles the limits of the strategy of periodically organising “days of action”. There is now another element of Trade Union strategy that must be discussed. A refusal, on the part of the Trade Union leadership, to “politicise” the movement over pensions would be a serious error. The struggle against the attack on pensions must be linked to the need to bring down the Sarkozy government. The two are objectives are part of the same struggle, as the government would probably not survive a defeat on the question of pensions. The Trade Union movement, starting with the CGT (General Confederation of Labour), must mobilise the workers to get rid of this reactionary government. The parties of the Left and the Trade Unions must call for immediate presidential and parliamentary elections. This slogan would find a powerful echo among the millions of youth and workers who are exasperated by the policies of this government. It would reinforce the movement against the so-called “reform” of pensions and against the policies of the UMP in general. The government has been seriously weakened. We can and must defeat it.