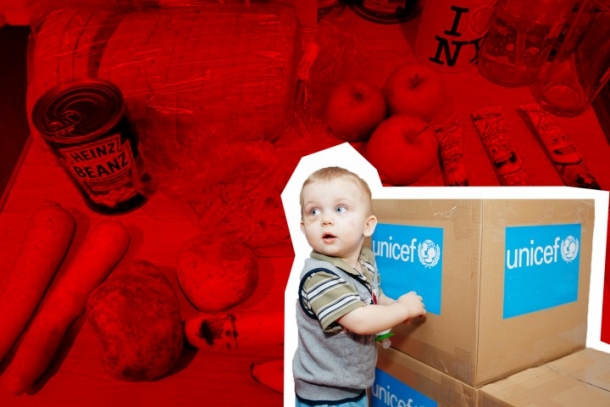 Public outrage over the meagre rations offered to hungry children, along with the recent intervention by Unicef, have again brought the burning issue of UK food poverty to the fore. Capitalism cannot feed those in need.

The recent scandal over food parcels provided to children on free school meals has once again brought this issue to the fore.

Despite organising a prominent campaign over free school meals last year, England footballer Marcus Rashford was forced to take to Twitter again this week to highlight how this question is far from being solved.

Free meals could have easily been provided to households through a publicly-owned service, run by schools and local councils. Failing that, even just giving vouchers or cash to families in need, whilst not ideal, would have sufficed.

Instead, the Tories (true to previous form) outsourced the provision of food parcels to a private company, Chartwells. But when parents began posting pictures of the meagre rations they had been given, social media rightly erupted.

Then imagine we expect the children to engage in learning from home. Not to mention the parents who, at times, have to teach them who probably haven’t eaten at all so their children can...

“Just not good enough,” exclaimed Rashford, commenting on the fact that a supposedly £30 ‘hamper’ contained little more than a potato, a couple of carrots, a few apples and bananas, and a tin of beans – all available in the supermarket for a fiver. To add insult to injury, these pathetic portions were supposed to be enough to last for over a week!

As has been seen throughout the pandemic, the Tories have cynically exploited a serious crisis as an opportunity to offer fat profits to their chums and cronies. While children go hungry, bosses at Chartwells – a subsidiary of the Compass Group, a major outsourcing firm with a sordid past – are stuffing their faces with juicy government contracts.

Feeling the heat of public outrage, Chartwells have subsequently offered an apology, promising to improve the quality of future food parcels. But this is not enough. Parasitic private firms cannot be trusted to feed hungry mouths.

Instead, such contracts must immediately be taken back into public hands. Outsourcing giants such as the Compass Group should be nationalised, along with the big supermarket chains. And free, healthy meals should be provided to all those in need, as part of a National Food Service.

Clearly decent, nutritious meals could be provided for all children. After all, just look at the gourmet dishes offered to the private school students that Chartwells caters for! This scandalous episode, therefore, once again exposes the stark class divide that exists under capitalism.

And just to hammer home the inhumanity of this whole situation, here’s what Chartwells are providing to private schools while palming the vulnerable off with measly stingy ration boxes. So they do have the capability to do better. They’re just choosing not to for certain people. pic.twitter.com/QxS8nTuwW0

The issue of food poverty in the UK was also highlighted last December, with the announcement by Unicef that for the first time in its 74-year history, it would provide money to help to feed hungry children in Britain.

Unicef – the UN agency focussed on providing aid to children worldwide – announced that it has donated £25,000 to the organisation School Food Matters. This local community project was using this money to supply 18,000 breakfasts to 25 schools in the London borough of Southwark during school holidays.

Unicef’s intervention is of course tiny compared to the scale of food poverty in the UK, but it highlights a much larger issue. Poverty in Britain is so extreme and so widespread that an organisation that focuses on helping out the most vulnerable children in the world has seen fit to step in.

Despite the UK being one of the richest countries in the world, the reality is that thousands of people go hungry every year. Freedom of Information requests have revealed that nearly 2,500 adults and children had been admitted to hospital due to malnutrition between January and July of 2020 – double the figures for the same period in 2019.

The Legatum Institute – a right-wing think tank – published a report last November that stated that the coronavirus crisis had pushed an additional 700,000 people into poverty, including 120,000 children. This takes the poverty figure in the UK to a horrifying 15.2 million people.

Lagatum’s report found that, unsurprisingly, working-age adults who had lost their jobs due to the pandemic made up the bulk of this number. It also warned that, without further government intervention, millions more people could fall into poverty.

All of this demonstrates the inadequacy of the government’s response to the pandemic, and their disregard for millions of workers, who were already struggling before the coronavirus pushed them to breaking point.

However, not everyone seemed to agree. Tory MP and multi-millionaire Jacob Rees-Mogg came under fire for accusing Unicef’s actions of being “a political stunt”, a statement which received considerable backlash.

and this is what a decade of Conservative Gov’t has brought us to. For the first time in history UNICEF has to feed hungry children in the UK

The shocking response from Jacob Rees-Mogg tells us all we need to know about those in power pic.twitter.com/xJLchjkHN3

This highlights what we already know: that the Tories do not care about the lives of working-class people and the most vulnerable in our society. They only care about lining the pockets of themselves and their wealthy friends.

We have seen this from the Tories countless times before – most recently with their shameful position on free school meals for poor children.

The Tories had previously refused to expand the free school meals scheme to help hungry children in the school holidays. One Tory MP even justified this on Twitter by arguing that food vouchers would be sold or traded by some parents to buy drugs!

They were only forced to back down after Rashford led a successful campaign, which finally pressured the government into giving way.

Contrast the enormous levels of poverty with the equally enormous amount of wealth hoarded by the rich. Worldwide, the top 1% already owned nearly half the world’s wealth at the start of 2020. Many have seen their profits increase dramatically during the pandemic.

For instance, Amazon announced in July 2020 that it had doubled its quarterly profits to $5.2 billion (compared with $2.6 billion in the same period in 2019). 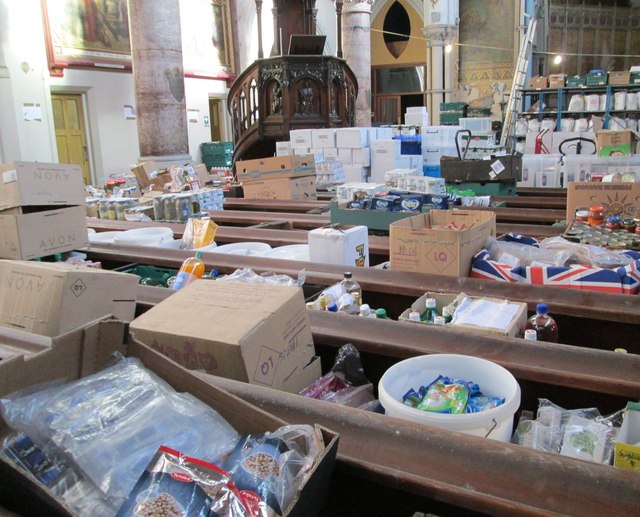 Ultimately, charities and organisations like Unicef cannot solve society’s problems; nor can they eradicate poverty. At best, they can alleviate some of the worst features of capitalism / Image: Betty Longbottom

Ultimately, charities and organisations like Unicef cannot solve society’s problems; nor can they eradicate poverty. At best, they can alleviate some of the worst features of capitalism by helping some people in a particular situation at a particular time.

Only socialism can solve the issue of poverty, which exists as an inevitable feature of capitalism. The massive profits of those at the top – those who own and control the means of production – are based on the poverty wages paid to the overwhelming majority of the world’s population, i.e. those who produce all the wealth. They are two sides of the same coin.

The wealth clearly exists in society to end world hunger several times over. However, that wealth is in the hands of a tiny group of capitalists that sit at the top. These ladies and gentlemen are content to let workers suffer, so long as they can hold onto their profits.

As to be expected, the capitalists have shown us that they are not willing to part with their money in a crisis: billionaires have gotten richer during the pandemic, whilst the working class has gotten poorer.

As companies like Apple and Amazon have increased their profits to dizzying heights, the United Nation’s World Food Programme was needed by 138 million people in 2020. This is an increase of about 38 million compared to 2019. The figure is expected to rise again in 2021, with perhaps 235 million “marching towards starvation”.

The only real way forward, therefore, is to expropriate this obscene amount of wealth from the 1%, and to use it to provide for society’s needs. On this basis, not only could we solve issues like world hunger, but also homelessness, as well as the chronic underfunding of healthcare and education services.

We need a society that works for people, not profit. Only a socialist revolution can bring about that society that we so desperately need.