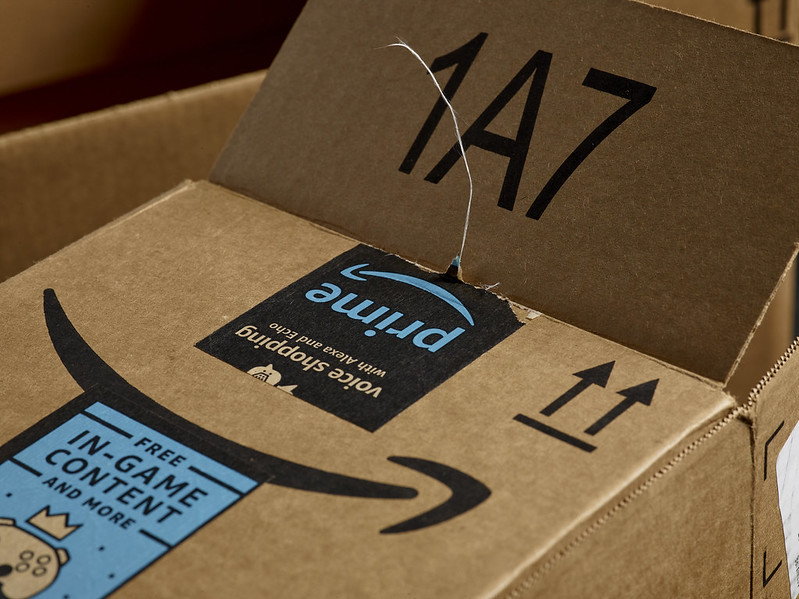 While Amazon is not known for its kind treatment of workers, a Bloomberg report has highlighted the extent of the mistreatment and abuse received by Amazon delivery drivers. While multi-billionaire parasite Jeff Bezos lines his pockets with profits during the pandemic, delivery drivers on precarious contracts are being hired and fired by an unaccountable computer algorithm, for anything from being stuck in traffic to having a punctured tyre. In a truly dystopian scenario, Amazon workers are being reduced to mere numbers in faceless calculations to maximise profit for the bosses.

In 2015, under the guise of wanting to guarantee same-day delivery, Amazon introduced Flex, an app allowing drivers to receive delivery orders in much the same precarious manner as Uber or Lyft. In reality, Flex is a method of subcontracting Amazon’s delivery services to ‘self-employed’ workers with minimal rights, lower pay and fewer rights to undertake collective action. Flex is part of a growing trend towards temporary, contracted employment, which boosts profits at the expense of the working class. So far, over four million people have downloaded the app, the vast majority in the US.

Much like Uber or Lyft, Flex gives delivery drivers a rating (Fantastic, Great, Fair or At Risk), which measures their productivity and can be used to threaten workers with redundancy if they fail to achieve a certain level of productivity. A single late delivery can cause a dramatic change in rating, with some workers saying that it can take months to recover from even one delay. On top of this, since the algorithm measures simply whether the job was completed within the prescribed time limit, even uncontrollable or legitimate reasons for late deliveries can cause a severe drop in rating.

Ryan Cope, a 29-year-old former Flex driver from Denver, was informed that he was fired after failing to make an Amazon delivery within two hours, while having to drive for miles along winding dirt roads in heavy snow, potentially risking his life in the process. Similarly, Neddra Lira, also a former driver for Flex, found a nail in her tire during a delivery and was forced to continue driving despite the serious risk of an accident. Even though she explained her situation to Amazon, her Flex rating dropped from “Great” to “At Risk”, immediately threatening her with unemployment, with no explanation or support from management whatsoever.

Comments on internet forums paint a similarly tyrannical picture of the algorithm’s demands. Flex drivers report being fired for complaints due to packages being wet from the rain, or because their hair was different from usual in a photo confirming their delivery. Forum discussions also show that many drivers work in pairs to be able to make the demands of Flex’s algorithm, halving their income to keep their computer-manager satisfied. 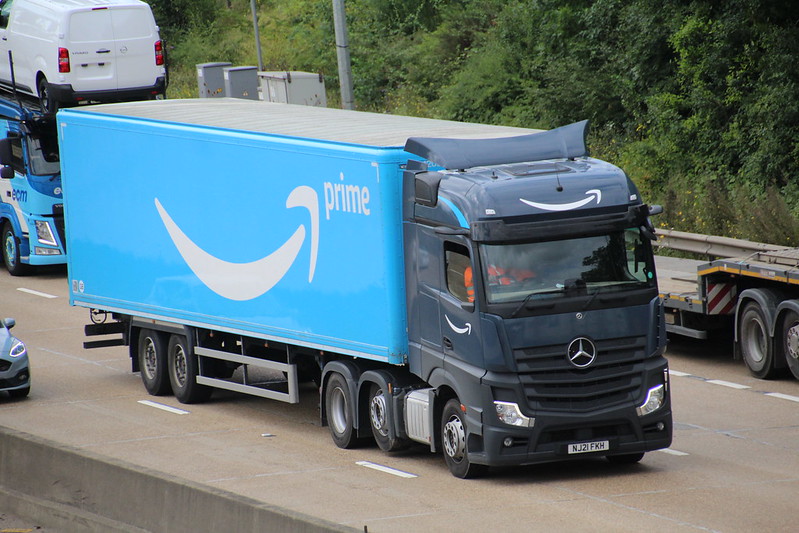 Amazon Flex gives delivery drivers a rating, which measures their productivity and can be used to threaten workers with redundancy / Image EDDIE, Flickr

Naturally, drivers have felt outraged after receiving their automated notice of termination, which are often signed with seemingly computer-generated, human-sounding names. The process of appealing an unjust dismissal, however, costs workers $200 and can involve weeks of receiving still more computer-generated emails. Even when an appeal does take place, concrete reasons for firing are very rarely explained, with management hiding behind strings of unhelpful and bureaucratic messages. Since Flex workers are often in precarious positions where they cannot afford even the $200, let alone to take several weeks out of work to wait for an answer, this process is clearly designed to defend the tyrannical algorithm’s decisions and silence any dissenting workers’ complaints.

The complacency with which Amazon is willing to inflict misery on their workers in the pursuit of efficiency statistics, shows the callous approach that bosses are happy to take with their employees in the pursuit of profit. Indeed, the news that Amazon drivers are being managed by erratic and draconian computer algorithms should come as no surprise given the unsafe and inhuman working conditions in the company’s factories.

For the bosses, workers are mere cogs in the machine; it is acceptable if one or two break, as long as output remains profitable. Reports from former Amazon engineers say that the Flex algorithm is considered a huge success, as it has expanded their delivery force and requires next to no human management whatsoever. While publicly claiming that reports of unfair dismissals and mistreatment are anecdotal, former employees have said that management knew the algorithm would lead to problems for workers, but were willing to put up with this given the boost to their profits. As one former Amazon engineer put it: “Executives knew this was gonna shit the bed. That’s actually how they put it in meetings. The only question was how much poo we wanted there to be.”

Unsurprisingly, Bezos has defended computer-management by saying that he thinks machines make more accurate decisions than humans. For a multi-billionaire whose sole goal is to make money, this may well be true, but as one former Flex driver said of Amazon’s use of algorithms: “It seems they don’t have any common sense about how the real world works”.

Appendage of the machine

While A.I. and algorithms represent endless possibilities for a planned economy, under capitalism their potential is strangled by the ruthless pursuit of profit. According to some estimates, computer management could already halve the working week without any loss in productivity. But capitalism has turned computer algorithms from a liberator into a slave-driver in the workplace. As one former Flex driver said: “It’s you against the machine, so you don’t even try”.

This recalls the powerful words of the Communist Manifesto:

“Owing to the extensive use of machinery, and to the division of labour, the work of the proletarians has lost all individual character, and, consequently, all charm for the workman. He becomes an appendage of the machine…” 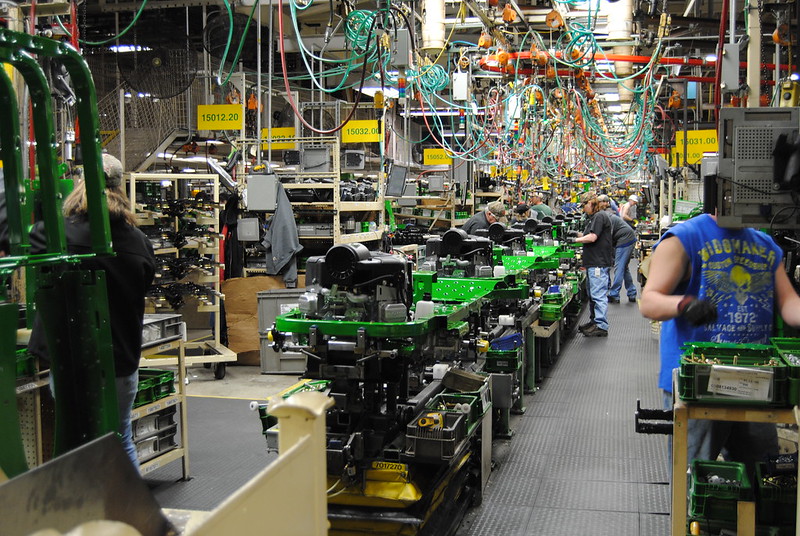 “Owing to the extensive use of machinery, and to the division of labour, the work of the proletarians has lost all individual character, and, consequently, all charm for the workman. He becomes an appendage of the machine” / Image: Charles Hudson, Flickr

Amazon’s misuse of computer management is clear proof of the failure of capitalist profiteering to provide a decent existence to humanity. While Jeff Bezos’ net worth skyrockets to over $210bn, Flex drivers live a precarious life doing back-breaking work, permanently threatened with arbitrary termination by an unaccountable computer algorithm. The outburst of anger against the Flex algorithm is a natural product of the continual abuse of workers by Amazon and similar companies.

Ultimately, however, it is not just “man versus machine”, it is the working class versus capitalism. With socialism and workers’ democracy, we can do away with unaccountable, soulless management (and not just Jeff Bezos), and put these technologies to work freeing humanity from drudgery, by planning the economy according to the needs of the majority of society.