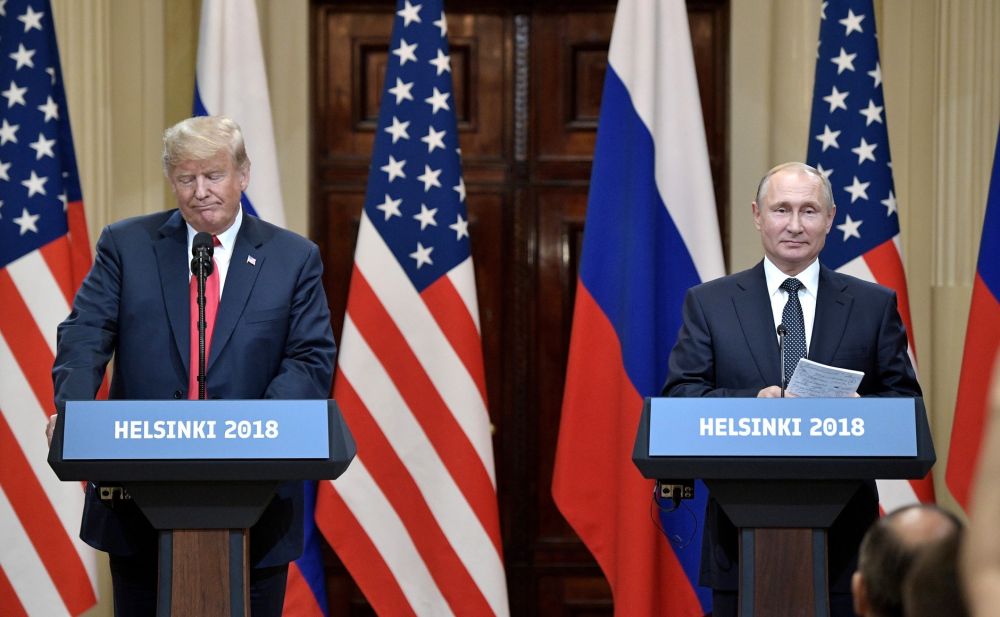 Trump and Putin’s meeting in Finland made headlines worldwide. Just like in other places, Trump’s visit was met with street protests in which thousands of workers and youth expressed their anger. This was despite the best efforts of the liberal organisers to water down the main protest’s message and create confusion about its time and location.

In the liberal imagination, Russia violates human rights while the US embraces them. In reality, both countries have awful human rights records and multiple war crimes to their names. This does not stop liberals from fervently clinging to the idea of “western values”. They do criticise Trump, but they are more concerned about his looks and manners than his policies. At best, they bemoan this or that repressive action by the United States and other “Western” countries, while refusing to see that these countries are based on capitalism, which demands oppression of all kinds.

The press reaction to the summit mainly reflected nationalist interests and sentiments. Points were raised about how the thousands of international journalists would pump Euros into the tourism industry. There was also an atmosphere of ‘humble pride’ over the fact that arguably the two most powerful people in the world would be visiting Helsinki. Of course, ordinary Finnish workers view both Putin and Trump with disdain.

In the sense that it said anything, the liberal establishment also expressed its opposition in nationalist terms. One example of this is that the country’s biggest newspaper, Helsingin Sanomat, advertised on billboards in the city centre with the text “Mr. President, welcome to the land of free press” in both English and Russian. This is the very height of hypocrisy, given that recent years have seen the prime minister embroiled in a scandal for influencing the publicly-owned Finnish Broadcasting Company. Furthermore, an Amnesty International advert was produced with the slogan “make human rights great again”. These ads ended up being the only critique against presidents Trump and Putin in the public sphere, as ordinary residents were banned from putting up their own banners during the meeting.

Demonstrations were allowed, and by the time of the summit, 16 had been announced to the police. Most of the protests were marginal demonstrations with a pro-Trump or pro-Putin agenda that only amassed a few dozen people. Interestingly, the biggest demonstration was not advertised publicly as either anti-Trump or anti-Putin. While the organisers represented various groups, the actual planning was dominated by liberals. This was most distinctly seen in the name of the demonstration: “Helsinki Calling!”, which without context presents no message of any kind. As the organising went on, most left-wing organisations got frustrated and jumped ship, as the liberal leadership determined who could speak and rejected the use of terms such as “protest”.

Matters reached a peak of absurdity when the demonstration was moved from the day of the summit on Monday to the Sunday before. The decision was made just a week before the summit, with the organisers citing “practical reasons” as the rationale behind the move. The demonstration would not only be happening when neither of the leaders were in Helsinki, but the choice of words showed that what the organisers were not interested in a genuine demonstration that would make people’s voices heard, but rather a public event with a programme dictated from above. A journalist from MSNBC reporting on the event on Sunday described it as “more like a summer festival than a protest”, summing up the feelings of many disappointed activists. Still, participants were clearly far more radical than most of the bland official speakers, and the most left-wing speeches were the best received. 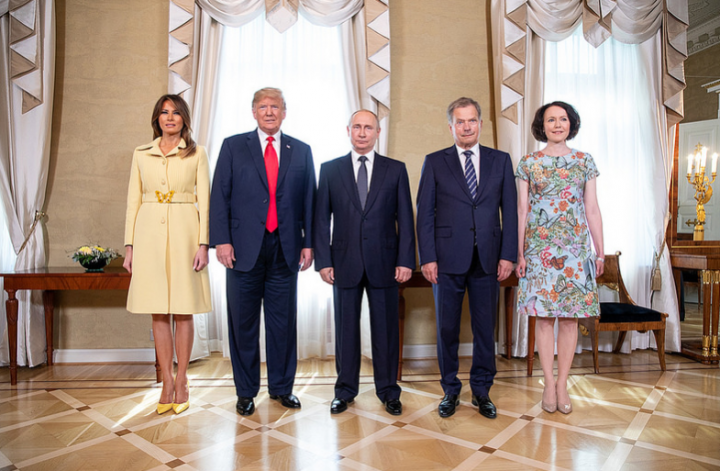 If organising protests is left to the liberal elite, we will get public events with diluted messages / Image: Flickr, White House

Another demonstration ended up being called for Monday, bearing a much more clear-cut message: “Helsinki against Trump and Putin”. But with only a few days left before the summit, it did not have the time to gather publicity in the way “Helsinki Calling!” did. In the end, “Helsinki Calling!” ended up having 2,500 participants while “Helsinki against Trump and Putin” assembled a similar number. All the confusion around the demonstrations helped to diminish the number of protesters, and it is very probable that announcing just a single demonstration with a clear agenda from the beginning would have drawn bigger crowds. If organising is left to the liberal elite, we will get public events with diluted messages.

All the demonstrations were peaceful, with no major disruptions. Clearly this bored the police, as in Monday afternoon they surrounded and arrested a number of anarchist activists after they left the “Helsinki against Trump and Putin” demonstration. The anarchists claimed that they were simply leaving the event, but on the way, the police surrounded them in the city centre and did not let people leave, ultimately arresting 31. The anarchists’ banners were confiscated, one of them ironically carrying the message: “freedom for political prisoners”.

The police claim that those arrested were planning on “disrupting traffic”, but this was merely an excuse. The accused only had their charges specified several hours after the actual arrests, which is supposed to be illegal. The police also did not order dispersion before the arrests, which they are also meant to do. This case shows once again the hypocrisy of the Finnish state, which has attempted to frame itself as a poster child for democratic rights while arresting protestors n phoney charges.

Another incident took place during the press conference, as Sam Husseini, an accredited journalist for The Nation, was forcibly removed from the room just minutes before the conference began. Husseini was holding up a sign (or a note) that read “nuclear weapon ban treaty”. On Twitter, Husseini reported that he was cuffed on both hands and legs by the Finnish authorities and no information was given to his family about the situation. So much for freedom of the press.

Neither Putin nor Trump!

After the summit, people were most shocked at Trump’s “submission” to Putin, his denial of Russian interference in the 2016 US presidential election and his willingness to believe Putin over his own security services (on which he has now back-peddled). This all boils down to a power game between imperialist states. No questions were raised about the most pressing issues of the hour, such as austerity, nuclear disarmament or climate change. Nor were the views of the Syrian or Iranian people considered as Trump and Putin discussed their fates behind closed doors. 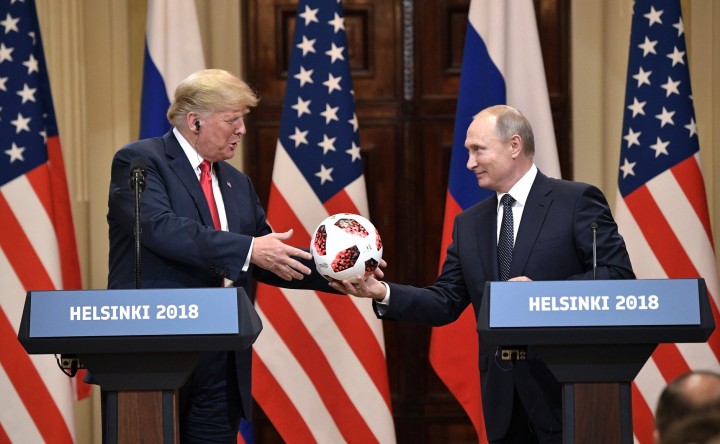 The media was scandalised by what boils down to a power game between imperialist states / Image: PoR

In the end, nothing progressive will come from the meeting of these imperialist representatives, nor from any other “world leaders”. In terms of their interests, neither the capitalist class nor the imperialist powers have anything in common with the rest of us. Only the working class, through a socialist revolution, can create a society fit for humanity.