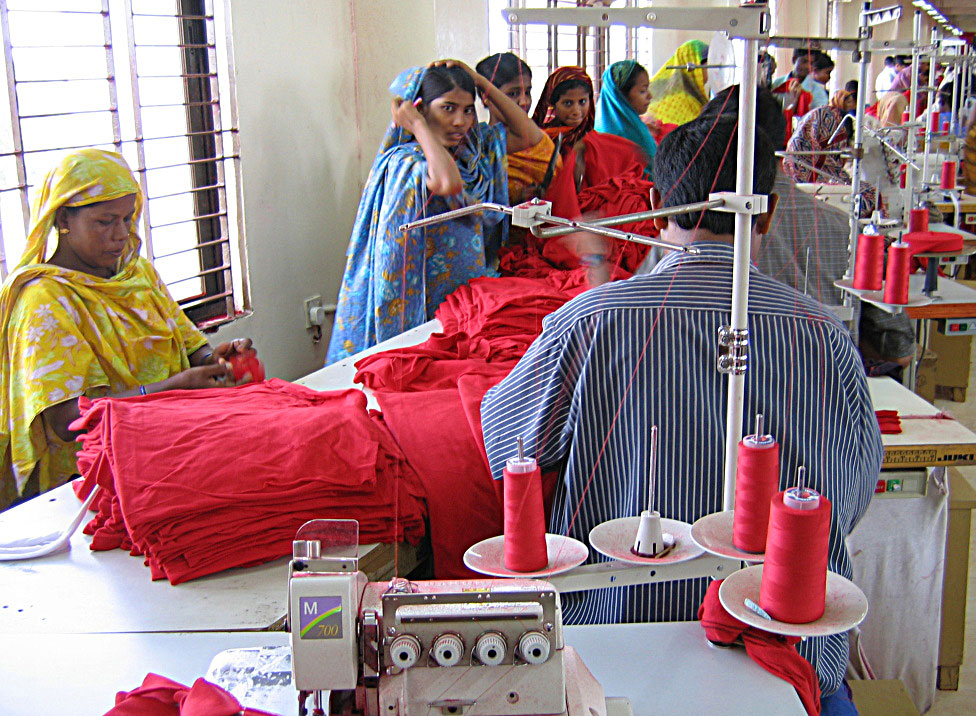 With two-thirds of its work force in the rural sector, Bangladesh’s agriculture contributes just 19 percent to its GDP. Sixty-six percent of exports are from the garment industry that makes it the third largest clothes exporting country in the world. It is perhaps the cheapest and most profitable place for garment manufacturers. However, the conditions of the workers, mainly women, are atrocious.

One of these workers told a visiting journalist, “Among girls in Bangladesh’s textile industry, it is thought that those who can enter prostitution are the privileged ones.” They are forced into an existence of drudgery, extremely low wages, sexual abuse and domestic violence. Yet, they are the most militant section of the proletariat. At least 500 garment workers died in the last five years due to gruesome fires in factories with shoddy wiring, locked gates and highly inflammable content. Most workers have to sleep on shop floors to go on working every waking hour, sometimes for a month at a stretch. The average wage is $36 a month, which does not suffice for two meals. These overwrought and mercilessly exploited workers work in factories that make garments for major clothing brands. Some of the main US brands having their apparel made in Bangladesh are Tommy Hilfiger, Nike, Adidas, Puma and Ralph Lauren.

In one of these parent supply companies, a labour activist was recently abducted, tortured and murdered by the ‘law enforcement’ agencies. An abrupt wildcat strike shut 200 garment factories in Dhaka. Although the strike ended on May 14, it exposed the brutalities being inflicted on these workers. It is not only the garment workers that are facing these miserable conditions; the vast majority of rural and urban workers are condemned to similar oppression. The physical and social infrastructure is in shambles. This is reflected in the fact that the labour productivity of Bangladesh is 30 percent that of Sri Lanka.

The impoverishment in the rural areas has intensified. The scandals around Grameen Bank exposed the creepy realities of microeconomic finance and philanthropy. Peasants trying to escape the crumbling rural economy face even greater coercion in the cities. A World Bank report estimated that nearly half of Dhaka’s population of more than 12 million lives in filthy slums. Official statistics put the figure of absolute poverty at 40 percent. One in ten children is in child labour, which is not illegal in Bangladesh. More than two million minor girls are domestic workers in Dhaka and Chittagong alone. One in 15 children die before they reach five; 250,000 babies die every year in their first month; 48.6 percent of children have a stunted growth. According to the BBC, 50 percent of children do not even make it to school. Of those who can afford primary education, only one in five makes it to secondary school, but only one in 25 of the secondary level enters higher education. More than 10,000 children are victims of child trafficking every year. The situation in the health sector is no less harrowing.

The two mainstream parties, Awami League and Bangladesh Nationalist Party represent the main sections of the Bangladeshi bourgeoisie. Parliamentary democracy is weak, fragile and blatantly corrupt. In fact, all the governments in Bangladesh over the last three decades implemented trickle-down policies of the World Bank and the IMF, further aggravating mass misery. There have been several bloody military coups. Behind this facade of democracy, the shadows of the military’s might lurk.

National unity is a deception, with Bengalis residing across the border in Indian West Bengal. The agrarian revolution is far from complete. Secularism is in name as social norms, morality and ethics are dominated by obscurantist Islamic tendencies. The historical task of creating a modern industrialised state has remained dismally unresolved, with an uneven and combined pattern of socioeconomic development exacerbating the contradictions in society. This is a country that has gained independence not once but twice in the last six decades. First, it was the partition in 1947, with a grotesque cleavage of Bengal in the name of religion, orchestrated by the imperialist masters in connivance with their native toadies nurtured by the British colonisers. The first revolts and daring against the imperial rule originated here. The hanging of freedom fighters Khudiram Bose and Kanailal Dutta in the Alipore Conspiracy Case in Calcutta in 1908 was the beginning of the liberation movement against the Raj. The next independence in December 1971 was from the West Pakistani colonisers who continued the imperialist exploitative system and the national oppression of the Bengalis. Almost three million Bengalis were massacred, over 200, 000 women raped by the Pakistan army and local religious bigots of the Jamaat-i-Islami.

Revolutionary upheaval on a class basis had erupted in both East and West Pakistan in 1968. The state was hanging in midair as a revolutionary wave swept across the country. Power was there to be seized. Lack of a revolutionary leadership prepared and determined to carry out a socialist revolution, necessary for a victorious class struggle, led to the derailing of the movement onto nationalist lines. Even then, as military aggression was being defeated, in liberated areas, people’s soviets, with JSD, communists and left nationalists in the leadership, were taking control. A new order was coming into being that threatened the whole system. Fear of the revolution spreading to West Bengal and beyond persuaded the Indian army to enter East Bengal. The defeated Pakistani army was salvaged for another occasion by its supposed foe and transported to prisons in India to subsequently return home. The Indian and Pakistan elites were and are terrified of a revolutionary transformation. War was waged to divert it. The US seventh fleet anchored with marines on board in the Bay of Bengal to intervene in case the Indian army failed to crush the burgeoning revolt. The bourgeois nationalist government based in Calcutta was installed under Indian patronage. Capitalism was saved. People continued to suffer its exploitation and repression.

The plight of the masses in Bangladesh 42 years after the second independence is excruciating. The Bengali ruling class has failed to solve any of the burning issues ravaging society. Society is on the verge of volcanic eruptions. If successful, this revolutionary storm shall vanquish capitalist slavery throughout South Asia.