On February 11 the masses attempted to organise anti-government protests. This time the regime prepared systematically, learning from previous days of protest. This has brought out some of the limitations of the movement, but the masses are learning from each experience. They require greater organisation and leadership, and most importantly the active intervention of the working class. 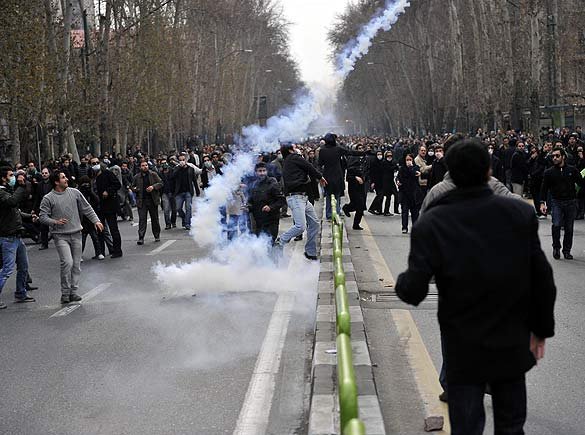 February 11, 2010 (22 Bahman 1388 in the Iranian Calendar) was a day that anybody interested in the Iranian Revolution eagerly waited for. This day coincides with the anniversary of the downfall of the Shah’s regime in the Revolution of 1979 and is used by the government to organise massive celebrations in Tehran and other cities. This year, of course, the opposition and protesters were planning to do what they’ve done on previous occasions: use a day of government-sponsored rallies to stage their own protests and, when necessary, fight back against the regime’s forces and goons. February 11 was particularly expected to be a big day for protesters. There were even premature talks of storming the notorious Evin Prison or occupying the state TV & Radio building.

At the end, February 11 did see tens of thousands of protesters coming out onto the streets all over Iran and facing the forces of the state-led demonstrations (mostly people “hired” in one way or another to come and show support for the regime) but the day obviously failed to meet the high expectations. A very brutal and organized approach of government to the protesters, plus the disorganization and possibly tactical blunders on the part of protesters themselves, meant that in the end the February 11 protests were much less “spectacular” compared to the massive turnout of the masses against the regime on Ashoora day or even on previous occasions such as on December 7 or November 4. In short, February 11 2010 did not live up to expectations of most people. 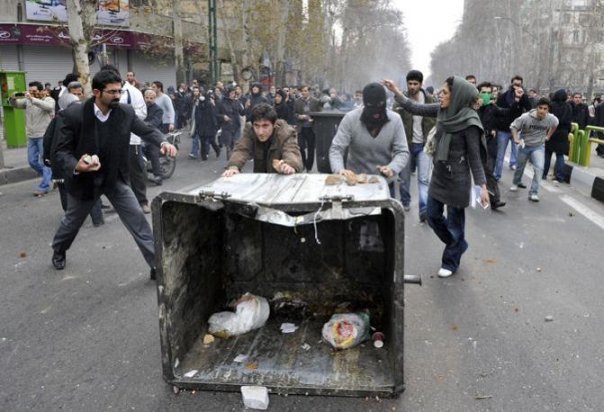 There is currently a lot of debate going on within the left and the movement in general over “what went wrong?”, why the protests on this day failed to be what some had hoped and what is the way forward for the movement. However, before looking at the valuable lessons that the movement is quickly absorbing from this experience, we should set the record straight on what actually happened.

As we said, while a lot of the hopes on the part of the movement were not met, the plans and wishes of government were also definitely not met. This is a day on which this regime was supposed to “celebrate” and for some time before they seemed determined to make it a day to bury the movement and kill the revolution in its cradle.

Instead what we had were massive clashes and turmoil in cities such as Tehran, Isfahan, Mashhad, Ahvaz, Gonbad, etc. We should remember that the regime had put all its power into organizing this as a day of support for itself. It forced tens of thousands of high school students and government workers from several cities to get on buses and join the main state-sponsored demonstration, “hiring” some people often by offering them food and drink! These hired rallies have now become famous as the “Sandis Crowds”, Sandis being a famous Iranian fruit juice brand that is allegedly the price the government pays to bring some people onto its demos! And of course they also used good old tested method of using an unprecedented amount of police and Basiji thugs. They also used the tactic of terrorizing the masses by barbarically executing some of the oppositionists in recent weeks.

In spite of all this, people did not simply stay at home. Hundreds of thousands still came out in Tehran and other cities. In the Arya Shahr (Sadeghiyeh) neighbourhood of Tehran, people even took control of some of the main squares for some time. In Isfahan and Ahvaz, we actually had some of the most militant demonstrations.

The only reason that February 11 did not become as militant and “impressive” as the previous days of protest was that the government had drawn lessons from previous experiences and prepared to face the movement much more prepared and organized, whereas the movement itself still lacked organization and leadership. In addition to the sheer, unprecedented number of government military forces, they also planted large numbers of plainclothes forces among the protestors (reportedly wearing jeans and dark glasses as a disguise!) to interfere with them starting any significant march or fight.

A letter from Iran describes it very well:

“It could be stated confidently that more people had shown up on February 11th than on June 25th (the silent protest attended by millions). However, by employing systematic repression, the crowd was dispersed and deactivated.

“The police forces played a very important role in cracking down on the protesters. As soon as a group of 100 would gather at a place and chant slogans, the agents disguised to mix with people in the middle of the crowd attacked people with pepper spray. As a result, people were forced to disperse. Many people were seen coughing.” (22 Bahman witness reports)

This is how the very organized and sheer preparedness of the regime’s forces, compared to the total disorganisation on the part of the protesters, led to a greater degree of success on the part of the government in dispersing the people before larger protests could take place.

The results of this day have already led to a lot of debate within the movement. The main conclusion that masses are coming to is what many have being saying for a while: that the movement needs its local organizations and central leadership and direction in order to succeed.

What might have been considered something abstract has now assumed a very clear meaning for the masses. First they drew the conclusion that they should fight back against the regime in a revolutionary manner and the now they are learning that mere demonstrations do not solve anything and that organization and leadership are necessities for the victory of the Iranian Revolution. This can also lead them to look upon the only social force that could best topple this regime: the working class with a general strike.

Issues like this are currently being discussed within the different part of the revolutionary movement against the Islamic Republic. The masses are learning very quickly in the midst of this revolution.

This growing consciousness of the masses will be the key as the movement marches forward and prepares itself for the next big, “traditional” occasion that we are going to use, namely, Chahar Shanbe Soori, the last Wednesday of the Iranian Year (late March), which, even in normal times, usually means complete control of the city by people.

To the degree that the masses understand the need for consistent politics and struggle against the Islamic Republic, they will look toward the only social force capable of an organized, disciplined fight against the regime: the working class.