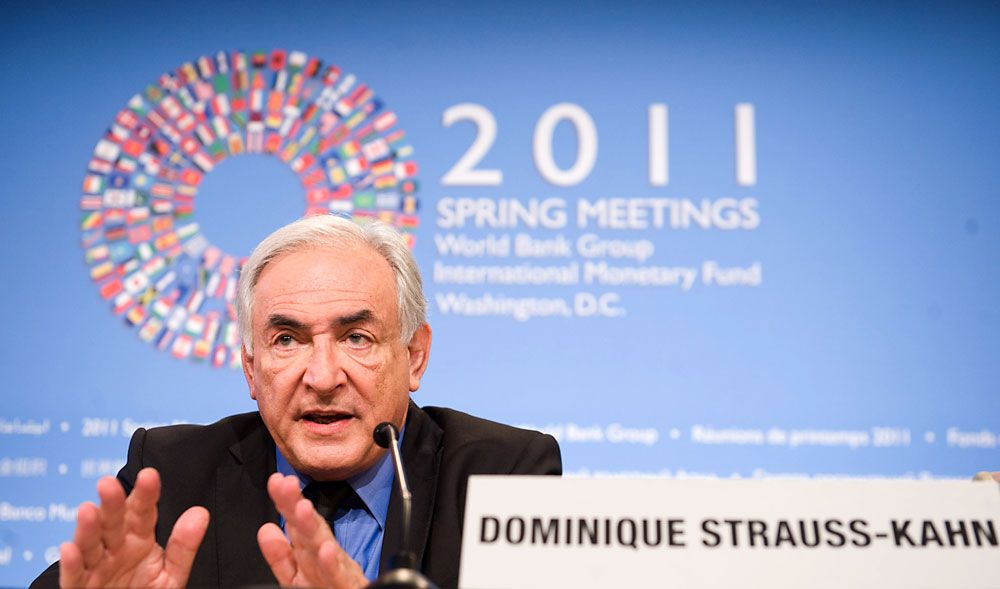 How the mighty have fallen! Whatever the truth of the allegations of sexual assault and rape brought against him in New York, Dominique Strauss-Kahn is guilty of horrific crimes. As the head of the IMF, he is guilty of the political rape of the working people and the poorest sections of society in many underdeveloped countries. He is guilty of the rape of Greece and Portugal. Before finding himself in prison, he contributed to locking millions of people into a living hell. His brutal “remedies” inflict suffering and hardship on the poor in order to protect the interests of the bankers, the capitalists, the rich.

There is absolutely nothing “socialist” about Dominique Strauss-Kahn. At the time of his arrest, he was on his way to Europe to finalise the austerity measures to be imposed on Portugal and also discuss plans with Sarkozy and Merkel for new attacks on pensions and public spending cuts throughout the “eurozone”. For Greece, he demanded a draconian policy of public spending cuts, wage cuts, sackings, attacks on pensions and benefits, and privatisations. The Papandreou government carried out the policy, but not fast enough for Strauss-Kahn. He sent his emissaries to Greece to insist on speeding up the privatisations and the attacks on workers’ living standards. This was the only way, he said, to restore the confidence of capitalist investors.

Dominique Strauss-Kahn was not only Managing Director of the International Monetary Fund. If opinion polls are to be believed, he was also the “favourite” for the presidential elections next year in France. He was certainly a “favourite” of the capitalist class! No efforts have been spared to promote the image and build support for “DSK”. The intention behind this campaign was quite clear. The capitalists wanted to secure his nomination as the presidential candidate for the Socialist Party. Of all the “left” candidates, the media told us, he was in the best position to defeat Sarkozy. This was a classic case of manipulation of public opinion with a view to national elections. In 2007, the media industry promoted Ségolène Royal, one of the most blatantly pro-capitalist of the leading figures in the Socialist Party, and then, once she had won the nomination, turned against her and campaigned to ensure victory for Sarkozy. In the event that the SP had won the elections, the capitalists would have a reliable representative in power, whose policies were almost identical to those of Sarkozy himself. Now, after four years in power, Sarkozy is discredited, and a victory for the Socialist Party in the 2012 election is a real possibility. The capitalist class wanted to ensure that whatever the result of the elections, the government would be in the hands of proven defenders of their interests. They counted on Strauss-Kahn as a man who, at the head of a “socialist” government, would apply the same reactionary policies in France as he applied to Greece, and who would firmly resist pressure “from below” to carry out measures in the interests of the workers. Now Strauss-Kahn is out of the picture, and possibly for a long time. His downfall has delighted working class militants throughout France.