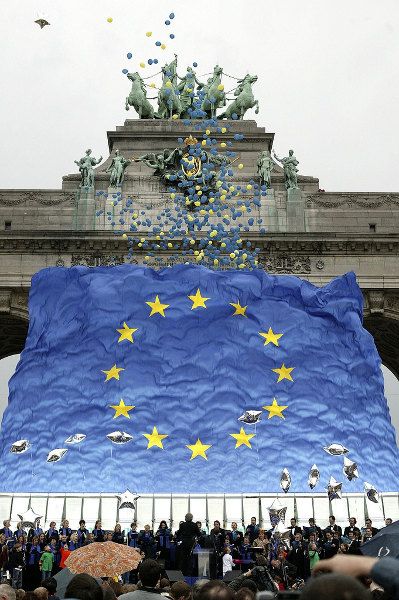 The European Union, along with powers like the USA and Japan, has long had a policy of establishing economic relations with former colonies that impose the will of imperialism on the economic development of these countries. Supposedly instruments designed for “poverty alleviation”; in reality their main purpose is to open the markets of these poorer countries to goods flowing in from the advanced capitalist nations.

“In a nutshell they are trade agreements between Europe and what used to be its colonies,” says Dave Tucker, Trade Campaign Officer for War on Want, “but what is actually happening is that they are just another way for European companies to force their way into new markets.”

Dave is referring to the ongoing controversy regarding Economic Partnership Agreements (EPAs) between the European Union and the African, Caribbean and Pacific (ACP) group of nations.

Put forward in 2000 to replace the outgoing Lomé Agreements, the EPAs will, according to the EU commission, involve a “new, more comprehensive approach (that will) tackle all barriers to trade, mostly through re-enforcing regional integration and addressing supply-side constraints, and form secure, WTO-compatible trade arrangements.”

What they also involve is a process of tariff deduction that, it is feared, could spell disaster for developing nations. As a result a large variety of NGOs, Trade Unions, cooperatives, and religious groups have condemned them as another way for Europe to dominate foreign markets.

Many ACP nations are former colonies and have a history of trade with Europe that goes back centuries. With the process of decolonisation following the Second World War, relations between the two groups were governed by preferential policy that led the ACP into economic dependency on more developed nations.

The EPAs were brought into being via the objections of the World Trade Organisation (WTO) to previous legislation that it saw as limiting growth.

The former system of preferences was branded as being “unfair” and thus a program of “liberalisation” in the form of Economic Partnerships was suggested. What is alleged by those in opposition is that the EPAs will be nothing other than a general free trade agreement. This could potentially involve the dropping of ACP tariff barriers to permit a flood of EU produce.

“What you have to remember is that a lot of those industries have grown up under these previous systems of preferences, like Mauritius in the south pacific which makes a lot of clothes,” said Dave Tucker. “It’s not great because it’s twisted their whole economy into a single sector instead of being diverse but if you take that away they haven’t got anything.

If they refuse to sign the EPAs on the other hand the fear is that these countries will just be chucked into the big global pool of producers with everyone and have no special preference or advantages, and your industry such as you have will be wiped up overnight.”

Such concerns were reinforced two years ago when Peter Mandelson, then Britain’s European Commissioner, used the threat of expiring preferential trade agreements to try to force ACP leaders to sign EPA agreements before 2008.

Such a heavy handed approach only intensified opposition, with groups such as SACU – the Southern African Customs Union – attempting to raise their own tariff barriers to block EU imports.

The cut and thrust of trade negotiations mark a history of hardship that has spelt devastation for swathes of Asia, Latin America and Africa. Starvation, poverty, and political instability are a legacy of colonialism that has yet to disappear.

According to the World Food Program there is “enough food available to feed the entire global population of 6.7 billion people but, because of factors far removed from an actual food shortage, this does not happen.”

One of those factors is due to the practice of giving over entire regions to cultivating cash crops for export instead of staple foodstuffs for local consumption.

The human cost speaks for itself. Just over one billion people are malnourished worldwide; roughly one in six of the global population.

Historically, Africa has been the continent to suffer the most from such blight. Over forty percent of the globe’s children who die before the age of five are African, with a similar percent of the population south of the Sahara lacking access to clean drinking water.

The Pacific nations fare little better. Many are counted as “undeveloped” with Papua New Guinea and Fiji among some of the poorest.

According to the Australian Government Aid Program, Papua New Guinea has “suffered significant declines in living standards in recent years due to worsening economic performance,” with the average life expectancy now standing at a mere 56 years. In the case of Fiji, around half of the population live below the official poverty line.

Whilst such vast wealth is accumulated, statistics gleaned from the Population Reference Bureau show that over half of the global population live below the internationally defined poverty line of less than two dollars per day.

Many are therefore sceptical of claims from the likes of the EU and WTO to wish to lift people from poverty. With decades of experience of the alleged benefits of the free market, a further bout of liberalisation sounds less than promising.

However, the EU Commission maintains that the EPAs are progressive. According to a press release they are simply intended to: “build regional markets and strengthen and diversify economies that have been dependent for the last thirty years on the export of just a few basic commodities to Europe.” It is also promised that this will “open the EU market completely and without exceptions to exports from these countries.”

How this would work in practice is uncertain, and raises the question as to how the small economies of the ACP could compete with the EU on its own turf.

Peter Mandleson has since gone on record as saying that “by removing all remaining tariffs and quotas for all African, Caribbean and Pacific countries we will create the best possible opportunities for these economies."

This hit a nerve with groups such as the International Peasants Movement, who countered Mandlesons optimism by stating “the EPAs will open up ACP markets to devastating competition from EU exports and lead to increased social inequality and poverty through the destruction of local industries and small-scale agriculture.”

The current EU Trade Commissioner, Catherine Ashton, is continuing to claim that she, and the EPA program in general, have “absolutely no interest whatsoever in negotiating agreements with ACP countries that make any country poorer.”

According to Ms Ashton, the spirit behind the agreements is to “provide the opportunity for ACP states to lift their citizens out of poverty through the dignity of their own labour and the genius of their own ideas.”

What this could mean outside of exposing the weaker economies of the ACP to competition with the commercial giant of the EU remains to be seen.

The EPAs have been under discussion for nine years, with the vast majority of the ACP governments showing varying degrees of hesitation. So far only the Caribbean has fully agreed to the scheme, with several African and Pacific nations showing signs of coming onboard.

Such manoeuvres have dragged negotiations out for far longer than intended, provoking frustration on both sides.

The EU has tried to get around such resistance by offering individual states interim agreements that undermine the ACPs ability to negotiate collectively.

What is of note is that the talks are going on largely behind closed doors. Those who stand to be most affected by any negative repercussions of tariff and trade reform – as in the workers and small holding producers – are conspicuous by their absence at the negotiating table.

Trade unions, peasant’s societies, and cooperatives have been given no voice whatsoever in a policy that could, for better or worse, change the lives of millions.

Martin Dihm, deputy head of the European Commission’s Directorate General for Trade, believes the cloud of the free market to have a silver lining. He said

“EPAs are to offer the ACP help in their endeavour to improve competitiveness through for example reform of trade related rules, such as customs reform, cutting down on red tape and via meeting EU and other markets' technical and sanitary standards.

This involves more security for investors. This will also create more affordable business services, such as transportation, telecommunications, and finance, or cheaper inputs through liberalisation of fertiliser, equipment or spare parts.”

The argument goes that access to subsidised produce consumer goods and foodstuffs in particular will also lower the cost of living and thus alleviate poverty.

However, this does not account for producers driven out of the market by the foreign imports themselves.

“If you wipe out jobs,” says Dave Tucker, “people are not going to have the money to buy the stuff with no matter how cheap it gets, so it’s a nonsensical mechanism.

“It only works for European countries with big markets they can sell into, and local elites in countries that can buy fancy French champagne and whatever else they want in special super markets.”

Although not a part of the ACP, Colombia occupies precisely this position. The nation used to be largely self-sufficient in terms of food production. Today it imports over 70% of its foodstuffs, which are cheaply produced in the US and thus affordable for low waged urban workers.

This however pushed native small farmers out of the market, thus crippling food production and stimulating poverty and hunger levels outside the cities. The cheap produce imported offers little help to those driven out of work by the collapse of local markets. Many are therefore left destitute and in desperation turn to the drug trade which has blossomed during the nation’s decades-long civil war.

“This really fits within that pattern of broader historical struggle between different continents and Europe is still trying to maintain its dominance by exploiting workers and materials,” says Dave Tucker. “The rough edges have been polished up with nice language now but ultimately it still leaves the old colonial dynamic. That exploitive relationship is still there.”