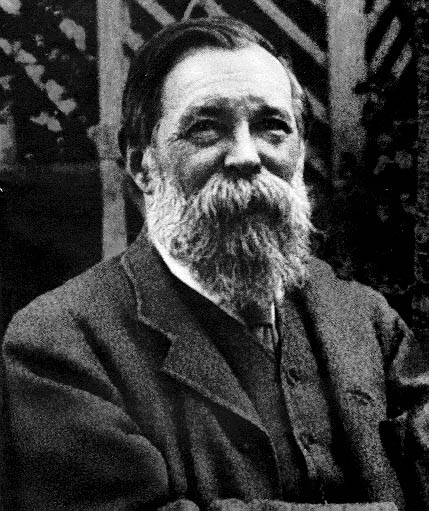 Bakunin wanted the International to be, not an organization for political struggle but a copy of the ideal society of the future, with no leaders and no authority, for authority = state = an absolute evil. The authority of the majority over the minority also ceases. Every individual and every community is autonomous. But as to how is any society to function, unless each gives up some of his, or her, autonomy?

Bakunin, who up till 1868 had intrigued against the International, joined it after he had made a fiasco at the Berne Peace Conference and at once began to conspire within it against the General Council. Bakunin has a peculiar theory of his own, a medley of Proudhonism and communism, the chief point of which is in the first place that he does not regard capital, and therefore the class contradiction between capitalists and wage earners which has arisen through social development, as the main evil to be abolished--instead he regards the state as the main evil. While the great mass of the Social-Democratic workers hold our view that state power is nothing more than the organisation with which the ruling classes, landlords and capitalists have provided themselves in order to protect their social prerogatives, Bakunin maintains that it is the state which has created capital, that the capitalist has his capital only by favour of the state. As, therefore, the state is the chief evil, it is above all the state which must be done away with and then capitalism will go to hell of itself. We, on the contrary say: do away with capital, the appropriation of the whole means of production in the hands of the few, and the state will fall away of itself. The difference is an essential one. Without a previous social revolution the abolition of the state is nonsense; the abolition of capital is in itself the social revolution and involves a change in the whole method of production. Further, however, as for Bakunin the state is the main evil, nothing must be done which can maintain the existence of any state, whether it be a republic, a monarchy or whatever it may be. Hence therefore complete abstention from all politics. To perpetrate a political action, and especially to take part in an election, would be a betrayal of principle. The thing to do is to conduct propaganda, abuse the state, organise, and when all the workers are won over, i.e., the majority, depose the authorities, abolish the state and replace it by the organisation of the International. This great act, with which the millennium begins, is called social liquidation.

All this sounds extremely radical, and is so simple that it can be learnt by heart in five minutes ; that is why this theory of Bakunin's has also speedily found favour in Spain and Italy, among young lawyers, doctors and other doctrinaires.

But the mass of the workers will never allow themselves to be persuaded that the public affairs of their country are not also their own affairs; they are by nature political and whoever tries to make out to them that they should leave politics alone will in the end get left in the lurch. To preach that the workers should in all circumstances abstain from politics is to drive them into the arms of the priests or the bourgeois republicans.

Now as, according to Bakunin, the International is not to be formed for political struggle but in order that it may at once replace the old state organisation as soon as social liquidation takes place, it follows that it must come as near as possible to the Bakunist ideal of the society of the future. In this society there will above all be no authority, for authority = state = an absolute evil. (How these people propose to run a factory, work a railway or steer a ship without having in the last resort one deciding will, without a unified direction, they do not indeed tell us.) The authority of the majority over the minority also ceases. Every individual and every community is autonomous, but as to how a society, even of only two people, is possible unless each gives up some of his autonomy, Bakunin again remains silent. The International, then, must also be reorganised according to this model. Every section, and in every section every individual, is autonomous. To hell with the Basle resolutions, which bestowed upon the General Council a pernicious authority demoralising even to itself!

Even if this authority is voluntarily bestowed it must cease simply because it is authority.

Here you have in brief the main points of the swindle.

Cuno Theodor (born 1847). German Social-Democrat. Engineer. Expelled from the country at the beginning of the seventies, took part in the organisation of a section of the International in Milan and stood for the line of the General Council. At the Hague Congress (1872) he was chairman of the commission which decided on the expulsion of Bakunin from the First International. Cuno later emigrated to America, where he collaborated in the New York People's Paper.