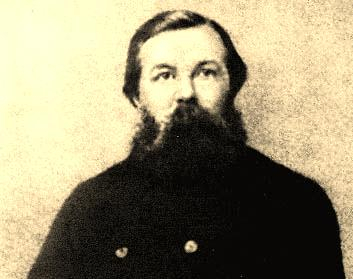 A series of short reports by Engels on the activities of the International in Europe. An interesting point is the fact that the sections that supported the General Council, in several places were targeted for arrest and police repression.

From the Continent we receive the following information: — From the Italian International newspaper La Plebe it appeared that the Italian Government, which nowhere interferes with the Secessionist Sections, had opened a campaign of violent prosecutions against the Lodi Section, which had recognised the new General Council, and adhered to the Hague resolutions. The Section was dissolved and warrants of arrest launched against all the members of the Committee, three of whom were actually thrown into prison, while the six others escaped. Amongst those arrested is Bignami, the editor of the Plebe. The number of that paper containing the address of the General Council (published in No. 34 of The International Herald) was also seized on that account, while the most violent manifestoes of the Secessionists are freely allowed to circulate. The prisoners are to be tried for high treason.

Our Madrid paper La Emancipacion, states that the movement of resistance to the secessionist action of the Spanish Federal Council is growing daily. The moment that Council convoked a Congress to meet at Cordova on the 26th December, in order to accept or reject the Hague resolutions, the New Federation of Madrid declared that by this action the Council had placed itself outside the pale of the International, and called upon all Sections and Local Federations not to send delegates to the Secession Congress, but to appoint a new provisional Federal Council. To this proposition have adhered the local Federations of Lerida, Toledo, Saragossa, Vitorial Alcala de Henares, the New Federation of Cadiz, and important Sections of Valencia, Denia, Pont de Vilumara, and other places. Besides these the Federation of Gracia (manufacturing suburb of Barcelona) has adhered to the Hague resolutions, and blamed the conduct of the Spanish delegates at that Congress, while the Federation of Granada has resolved to send a delegate to the Secession Congress at Cordova, but has elected for that purpose a staunch anti-secessionist. No doubt the Spanish Federal Council will have it all their own way at Cordova, but that will only bring the crisis to a head.

From a letter from Portugal, it appeared that the working class movement there, organised by the International, was growing to extraordinary dimensions. In Lisbon and neighbourhood alone, above fifteen thousand working men had been organised in Trades’ Unions, and the organisation was spreading to Oporto and the North. The whole of these societies have been formed by, and continue under the direct influence of the International, which, however, is prevented by the laws of the country to organise itself with full liberty. The International paper, 0 Pensamento Social, is now self-supporting. We may add that in Portugal there are no secessionists. The Hague resolutions have been not only unanimously endorsed, but received with enthusiasm. The Pensamento, in its No. 25, contains an article declaring the Hague Congress to be the most important one ever held since the foundation of the International, and hailing its resolutions as establishing an immense progress in the development of the Association.

It will be seen by the above statements that the late majority of the British Federal Council have, in their action, imitated to the letter that of the Spanish Secessionist Council. It is thus evident that they have been acting upon the same plan here and in Spain, and have been led by the same wire-pullers. Unfortunately in Spain a number of true Internationals have joined the late insurrection, and this may give the Secessionists a momentary advantage.

A letter from the Spanish Federal Council invited our attention to the fact that the engine-drivers and stokers are now on strike in Spain, and that the railway companies are sending to England, Belgium, and other countries for men to use in defeating the attempts of their employees to improve their position. Our Council appointed a committee to draw up a paragraph containing a statement of the case, and to send it to the newspapers. The committee attended to its duty, as proved by the appearance of the paragraph in the papers published the following Saturday. Other steps for making the Spanish strike known to the engine-drivers and stokers of England were adopted.

The news we have from the Continent is interesting.

The report from Germany brought intelligence of a great victory. The International deputy to the German Parliament, Bebel, who had been sentenced by a Saxon Law-court for offences committed in a speech, to be imprisoned for nine months, and to lose all rights derived from public election, has just been re-elected on the 20th January, by the majority of 10,470 votes against 4,420 given to the government candidate. This is the third time that Bebel has been elected in his district, and by 2,500 more votes than he had at any previous election. Thus, Bismarck will again have to face the only man who, in the present parliament, dares openly to oppose him in the interest of the working class, and the only man of whom he is really afraid. Everything has been done to prevent Bebel’s re-election; intimidation, dissolution, by the police, of meetings of electors, etc.; the candidate opposed to him was about the decentest man they could find, but in spite of all these efforts, the working men of Glauchau and neighbourhood gave Bebel nearly three votes out of every four votes polled, and that without any Samuel Morley to pay expences.

Further details have arrived respecting the Secessionist Congress in Spain. It appears that it was to all intents and purposes a Minority Congress. Out of 101 local federations, counting altogether 398 Sections, only 41 local federations, or 57 Sections, were represented; so that the votes passed at that Congress have been taken by delegates representing less than one sixth of the Sections existing in Spain. The above statistics being taken from the secessionist paper “La Federacion,” will not be disputed. To act by surprise, and to get a minority vote to sanction their acts, is everywhere the policy of the Secessionists; another proof that they are everywhere acting under the same secret instructions.

In France, numerous arrests of pretended members of the International have taken place in almost all the large towns. It is of course impossible to know whether the real members of the Association have been found out, and even if it were known, it could not be published, in the interests of the parties arrested, as it is now punishable in France to belong to the International. All that is known is, that the few secessionists in France have gone scot-free. They, on the contrary, are on such excellent terms with M. Thiers’s government, that, for instance, at Beziers they are represented by a superintendent of police, a certain Bousquet, for whose honesty the gospel of the secession party, the Bulletin Jurassien, has lately vouched in the most enthusiastic manner.

From Portugal we hear that the Portuguese Federation, on learning that the so-called Spanish congress at Cordova had declared for secession, immediately wrote to the new federation of Madrid (International) to declare that Portugal, to a man, stood by the Association against the Secessionists; that attempts had been made to introduce into their ranks the secret “Alliance,” and that Bakounine, himself, had written to one of them, persuading them to push that secret society; but that they unanimously resolved to express to Bakounine their formal disapprobation of the acts of the Alliance. This letter to the New Federation of Madrid is written and signed by the Secretary, Franca, by order, and in the name of the delegates of the sections, and published in the Madrid Emancipacion of the first of February. The Portuguese Federation now counts more than 15,000 members; it has, in Lisbon alone, 48 sections of trades, each forming a Trade’s Union. So much for the assertion of the Secessionists, that all the organized federations are with them!