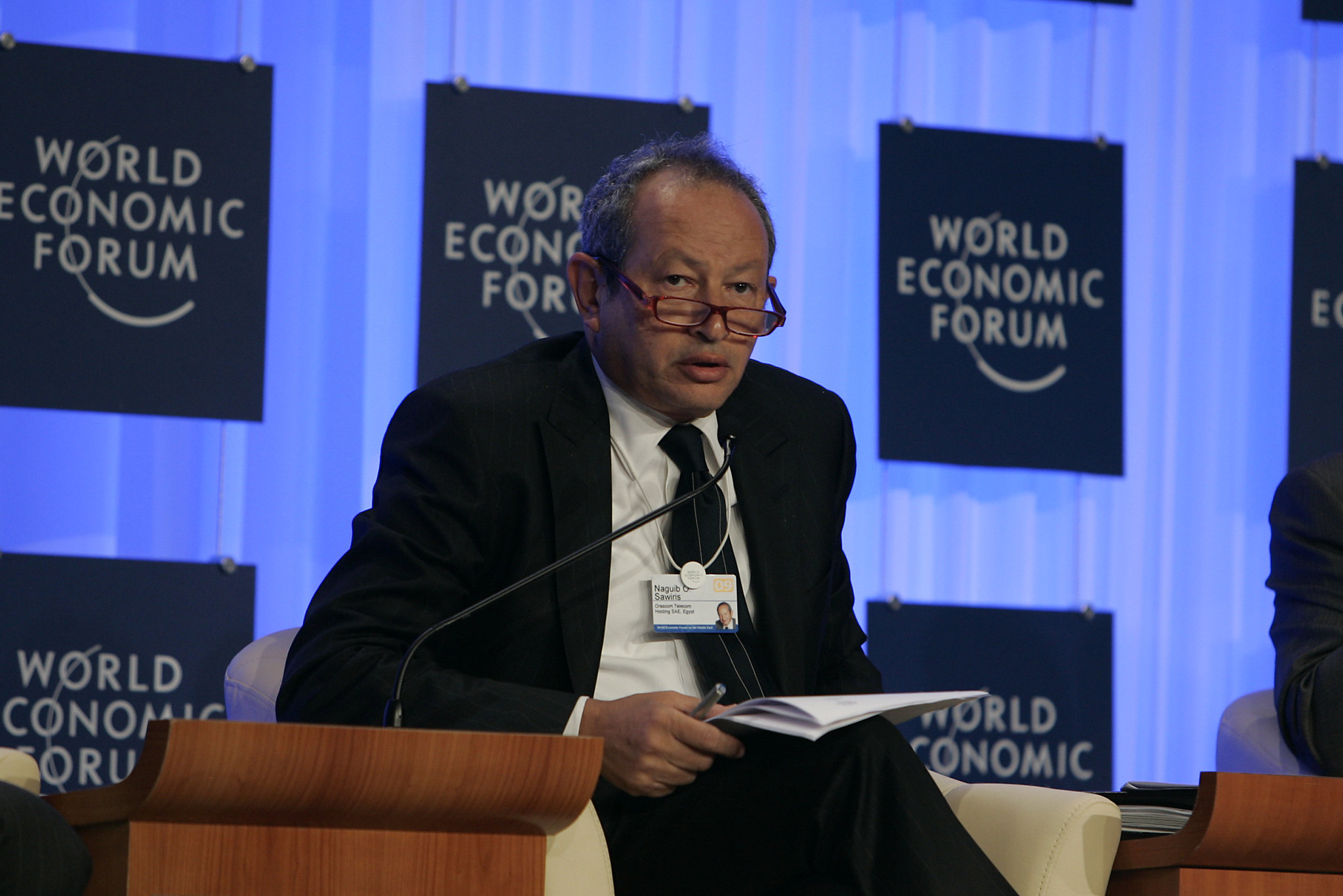 The wealthiest man in Egypt has sparked outrage by suggesting that “life must go on” after the coronavirus pandemic: which is to say, business should resume as quickly as possible, whether or not it is safe for workers, in order to keep the profits rolling in. This reveals the naked contempt of the Egyptian bourgeoisie towards ordinary people, whose class anger is bubbling just below the surface.

Egyptian billionaire telecom tycoon Naguib Sawiris is part of the wealthiest family in Africa. His publicly acknowledged $3bn fortune is in reality a huge underestimate, especially when taking into account his stakes in the construction conglomerates and chemical companies registered under his brothers’ names.

With incalculable personal wealth he can jet around the world at will, affording the best private medical care money can buy without a second thought. If a full lockdown were imposed in Egypt, he would be comfortably confined to the grounds of one of his many mansions, his every need provided for – from a safe distance, of course – by dozens of servants. To move around more freely, he might prefer to spend quarantine in El-Gouna, his brother Samih’s luxury resort town on the Red Sea. And if things turned really ugly in Egypt, he could always move out to his £37m luxury flat in Knightsbridge – as he did during the Egyptian Revolution – or the Manhattan penthouse he bought in 2014 for a record $70m. Of course, London and New York are also ravaged by the greatest global health crisis for more than a century and the deepest crisis in the history of capitalism. But in either spot he would be observing the chaos and devastation below from a safe distance, all his own worries abated by the billions safely stowed away in his bank accounts, beyond the reach and the imagination of millions of ordinary Egyptians surviving on $100 a month.

It is not surprising, then, that Naguib Sawiris does not understand what all the fuss is about when it comes to COVID-19. In early March, the Egyptian government began announcing preventative measures amid fears of a major health crisis, in a country where a day in a public hospital could cost a minimum-wage worker 10 days’ pay, and where lower respiratory infections, kidney disease and hepatitis are among the ten biggest killers. This was the cue for Sawiris to launch a campaign of provocative tweets that Donald Trump would be proud of:

“I took a decision, I don't want to hear or speak about the coronavirus ever again... It's unbelievable. Are we going to stop living because we are afraid of a virus?”

His comments immediately sparked outrage on social media, even though at the time Egypt had only a few confirmed cases of the coronavirus. Most Egyptians related more to the horrifying pictures they were seeing of the situation developing in Italy than the baseless assertions of an aloof billionaire. Sawiris didn’t stop there, however. His real concern, of course, was not that the response to the virus might stop ‘us’ living ‘our’ lives, but that it might stop the workers of his companies from working – and thereby stop them from generating his profits.

Sure enough, after closing schools and other public institutions, the Egyptian government enforced the closure of all non-essential workplaces, including key sectors of industry such as construction, as well as retail, tourism, hospitality. Sawiris stepped up his social media rants accordingly:

“Can we all put our brains together, especially our fellow doctors, on how we can all go back to work after this quarantine time even if the risk is still there? Like keeping distance and avoiding shaking hands and sanitising the offices and working places etc.. Life must go on!”

He then openly threatened to sack his workforce, including thousands of construction workers assigned to building the country’s new administrative capital. This particular threat struck terror into the hearts of the Sisi regime. The building of a new Egyptian capital has been Sisi’s passion project for some time. While, on the one hand, it is an expression of the president’s vain obsession with his own personal legacy, the project more fundamentally reflects the ruling class’ fear of the Egyptian masses – one of the enduring legacies of the Egyptian Revolution.

Using the pretext of congestion in Cairo – which stems from the chronic underfunding of national infrastructure funding over decades – the regime is deliberating moving key parts of the state apparatus as far away as possible from the revolutionary epicentre of Tahrir Square. Of course, there will also be plenty of room for big banks and companies to stow away their assets, and fat cats like the Sawiris family to live in opulence, safely protected from any strikes or street protests. This is social distancing for the rich, while Egypt’s workers poor suffer even more hardship in overcrowded cities, stacked up in unstable apartment blocks thrown up on the cheap, without planning, by racketeers. Roads and transport systems in disrepair will still be the deadly scourge of urban centres, and much of rural Egypt will continue to suffer without hygienic sewage systems and proper energy supplies.

Within days of Sawiris’ threats, it was announced that work on constructing the new capital would continue. Workers would be locked in the premises, to reduce the risk of them carrying the disease elsewhere. Never mind that keeping thousands upon thousands of people working together in close proximity with little or no access to medical assistance would mean any outbreak of the coronavirus could lead to a huge death toll.

The workers did not take this lying down. The below video shows a work stoppage at the site of the new capital, during which workers are confronting foremen and site managers head on:

There is particular concern that a coronavirus case has been discovered on-site. A manager attempts to placate the workers with the flimsy riposte that “nothing has been confirmed”. One of the workers’ leaders threatens to report the situation to the Ministry of Labour. A mocking response encourages him to do so: “see what happens when you do.” This only provokes more anger among the workforce, before they leave the premises to begin a strike.

Far from being a safe haven for the Egyptian ruling class, long before it has even been completed the new administrative capital could become a centre of fierce class struggle. Due to the lock-in conditions on-site and censorship measures in Egypt it is difficult for us to obtain updates on the situation. However, if unrest among the workforce continues as it is set to, it could become a shining example for the rest of the Egyptian working class to follow – particularly as the spread of Covid-19 worsens across the country.

The Sawiris family’s interest in the construction of Egypt’s new capital is just one of their many sources of profit. Even if the massive government pay-off he would receive was spared from the pandemic restrictions in that particular case, he still had many others to worry about. And so, he continued to insist that none of his companies’ workers barred from working would get paid, and maintained threats to sack them altogether. The fury this generated on social media is unprecedented.

It is worth noting that Naguib Sawiris feigned support for the Egyptian masses through large parts of the revolutionary period of 2011-2014. He echoed vague calls for “democracy” in 2011 and 2012. And, as a big bourgeois from a Coptic Christian family, he celebrated when the Islamist Muslim Brotherhood – whose upstart wing of the Egyptian bourgeoisie was attempting to usurp traditional power players – was overthrown by a mass movement in 2013. Certain confused, naïve and outright reactionary elements of the leadership of the revolution itself held up Sawiris and other fellow bourgeois “democrats” as exemplary allies in a common struggle. This class-collaborationist approach sowed enormous confusion among the masses, which led to greater illusions in the Sisi regime and ultimately mass demoralisation when true economic and political democracy was not forthcoming. Even the basic bourgeois democratic rights the likes of Sawiris claimed to support proved to be wholly illusory. But now that a regime, which is at his beck and call, has entrenched itself safely in the saddle, democracy is no longer so much of a concern for him. 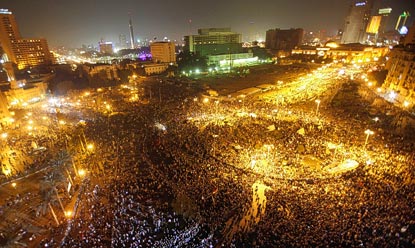 The COVID-19 situation has completely exposed big capitalists around the world for what they really are. For the Egyptian masses, there is now no way that Naguib Sawiris could ever be a potential ally or supporter. He is a merciless and money-grabbing parasite living off the working class. He is first in the line of enemies to be fought head on. Behind him are various stooges in the bourgeois media, such as an actress who suggested that anyone mentioning the plight of seasonal workers deserves a slap in the face. The backlash that these craven spokespeople for the ruling class and their paymasters are facing is ferocious.

Naguib Sawiris was so damaged by the anger he had provoked that a donation of 100 million Egyptian pounds (just $6m) to his family’s foundation for “social development”, which would normally be enough to win over some layers of the public, did nothing. In the end, he had to agree to pay his workers who were unable to work due to self-isolation 50 percent of their wages. He explained that this would mean they were “sharing the sacrifice equally”. How one man taking the same share as that received by millions of workers could claim that this was an equitable “sacrifice” defies comprehension. As one person asked online, “Does that mean we share in your profits as well?”

A post went viral calculating that, if Sawiris burned all of his money in 200 EGP notes one at a time, he would still be burning them in 200 years. Indeed, his declared personal fortune alone could pay the wages of 2 million Egyptians for a year if the economy shut down altogether.

Class consciousness is developing by leaps and bounds in Egypt due to the example set by Naguib Sawiris, along with other Egyptian bourgeois, placing their profits before the lives of their workers. And as the impacts of the pandemic worsen in Egypt, the Egyptian masses will be pushed closer and closer to getting to their feet once more.

As it stands, the Egyptian government has announced a list of economic sectors and industries that have to be shut down while the virus pandemic rages, and many of Naguib Sawiris’ companies are explicitly excluded from this list. This situation reveals that, at bottom, what rules Egypt is not a strongman president but cold, cruel finance capital. All of the repressive measures taken by successive regimes over the past decade are ultimately in the cause of capital.

In fact, what has become abundantly clear during the current crisis, in Egypt as in other countries, is that there is a tiny fraction of society living off the backs of working people, contributing nothing itself and actively withholding resources vital for human need. Moreover, we have seen that the mere thought of workers having to stop work has the ruling class running scared to national governments. This exposes where the real power in society lies. Let the Sisi regime and capitalists alike tremble as the Egyptian working class begins to realise their power.