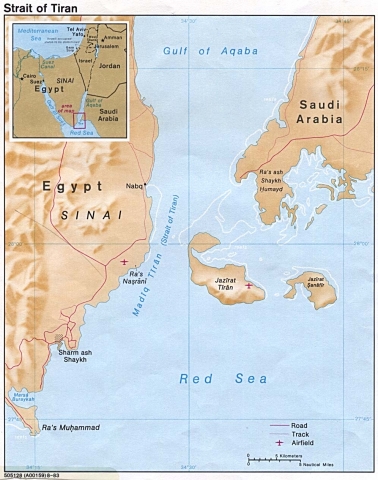 Egypt’s President Abdel Fattah el-Sisi has ratified a deal to sell off the two Red Sea islands of Tiran and Sanafir to Saudi Arabia. The two islands – particularly Tiran Island – had historically played a pivotal role in conflicts between Egypt and Israel. Tiran was occupied by Israel between 1967 and 1982, at which point it was returned to Egypt and has since hosted military bases of the Egyptian army and the Multinational Forces and Observers tasked with monitoring the adjacent sea passage.

Yet since the Saudi deal was originally signed in April last year, the Egyptian government has tried to claim that the land never belonged to Egypt and was only being administered on Saudi Arabia’s behalf. The most widespread protests in Egypt since Sisi came to power erupted after last year’s announcement. They were repeated on a smaller scale when the matter was being examined in the courts in January this year, and again last month when the Egyptian parliament voted to back the deal.  Interestingly, while the parliament went with Sisi, the Supreme Administrative Court had earlier ruled against Saudi Arabia’s claim to the islands. The political storm created by this deal has serious implications for the future of the current regime.

Hypocrisy of the ruling class 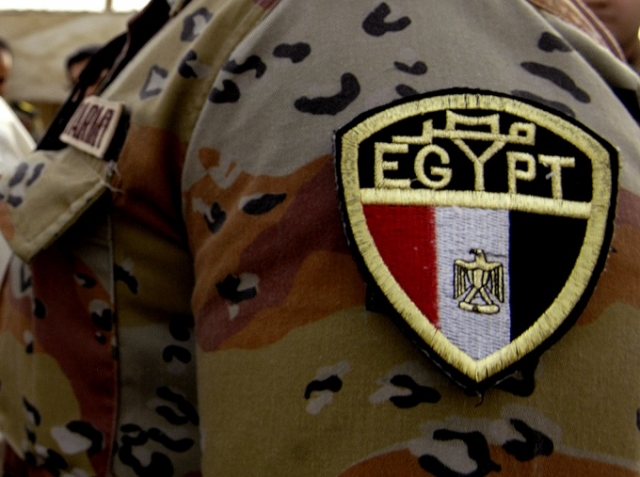 Photo: Public DomainThe astonishing hypocrisy of Sisi and his cohorts in power has been badly exposed here. This regime has played on the strength of the military and trumpeted its record of serving, honouring and protecting Egyptians since it gratefully accepted power from the hands of revolutionaries. Its standing has been weakened in the eyes of millions by its derisory role in failing to prevent the spread of ISIL in Northern Sinai and the terror attacks which have recently afflicted mainland Egypt. But nothing has done more to undermine the military credentials of President Sisi than the auctioning off of Egyptian land in what appears to be an act of desperation.

And it is not just any land. The island of Tiran was first occupied by Israel in 1956 during the Suez Canal crisis. It was then central to the Egyptian blockade of Israeli vessels from entering the Straits of Tiran, which ostensibly provoked the Six-Day War. Upon winning the war Israel then occupied the island for fifteen years, during which time the blood of many ordinary Egyptians was shed in the cause of returning Sinai and its islands to Egyptian hands. This cause is key to the legacy of the Egyptian army, whose long-cultivated image as the ‘protector of the people’ is in turn the flimsy basis of the President’s authority.

Most Egyptians have stories of relatives who fought in the wars which involved these islands. The collective sense of betrayal and humiliation engendered by their sale is rooted in the feeling that popular justice is served in their belonging to Egypt – a feeling which this regime and its predecessors liked to advance in order to bolster their own support. How can you maintain popularity off the back of a legacy that you are busy destroying? It will be very difficult for Sisi to answer this question in the coming weeks and months.

To make matters worse, before publically announcing the deal the Egyptian government had to write to Israel to ask for approval, which of course the Israeli government was only too happy to grant. One of the conditions for this approval was rewriting the 1982 Egypt-Israel treaty to state that the islands hadn’t been returned to Egypt after all! In the last twelve months various documents have emerged providing “irrefutable evidence” (according to the High Court in Cairo) that the islands fall under Egyptian sovereignty. One of them is a maritime boundary agreement between Egypt and the Ottoman Empire dating back to 1906, twenty-six years before Saudi Arabia came into existence. Any evidence which has emerged to further discredit the claims of Sisi and King Salman that ‘it was always Saudi land’ has only fuelled the outrage of the Egyptian masses.

Cracks appearing in the regime

Not long after the deal was announced, legal opposition was raised. Challenges were mounted in the courts that the Saudi claim to the islands was unconstitutional. The challenges succeeded and made it all the way to the Supreme Administrative Court, where earlier this year it was ruled that relinquishing sovereignty over the islands was indeed unlawful. Egypt effectively has three supreme courts, of which the Administrative Court is sometimes seen as the ‘people’s court’ because it is usually the first to move against the state’s executive. Make no mistake, Supreme Administrative Court judges are appointed for life by that same executive, and ultimately serve the interests of the Egyptian ruling class as a whole. To contradict the President with such a ruling can act as a safety valve releasing some of the pressure that heightening public fury places on the entire regime.

However, in this case the Supreme Court ruling undermines an action which President Sisi was apparently determined to carry through anyway. It suggests a genuine schism in the ruling class, with many acutely aware of just how much the ceding of this land will weaken the authority not only of the President but of the entire national bourgeoisie, if they don’t come out against it.

Nonetheless, on 14th June parliament voted to back Sisi’s decision, albeit by a fairly close margin. But three days before Sisi signed the executive order, the Supreme Constitutional Court, the highest judicial body in Egypt, suspended all court rulings against the deal. This was clearly a ploy on behalf of the clique around the President to rush through the final decision without further opposition from within the ruling class itself.

Why has this deal been struck? 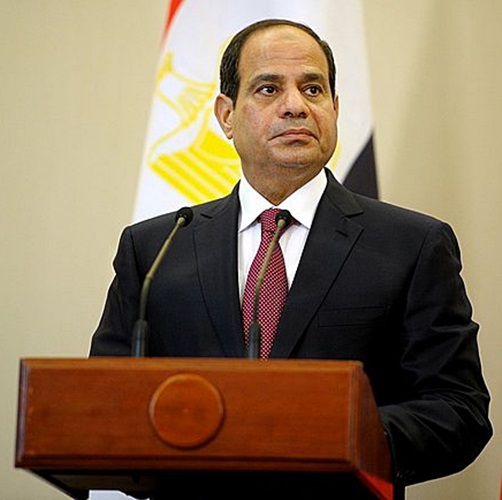 Photo: Public DomainIf this agreement with Saudi Arabia to gift them two Red Sea islands is so unpopular among the Egyptian people and is even creating rifts within the regime itself, it begs the question: why is it happening? The reality facing the Egyptian government is an economic crisis which it is struggling to temper at every turn. Inflation is spiralling, jumping again at the start of the month with a rise in the price of oil. In the last two years Sisi hosted economic conferences to try and woo Gulf investors, with paltry returns. Saudi Arabia has repeatedly cut its oil subsidies to Egypt to help cope with its own shrinking profits. A few weeks ago an Egyptian finance minister announced that direct foreign investment in the first four months of 2017 was just $6.8bn, well below the country’s trade deficit in that period and a fraction of the annual budget deficit. Meanwhile, wages in Egypt are stagnant and basic necessities are becoming less and less affordable even for the middle classes. The economic picture is far worse than what precipitated the 2011 and 2013 Revolutions.

In sheer desperation, Sisi has been forced to beg for an extra bailout package from Saudi Arabia at virtually any cost. As he sees it, the opportunity for the Saudis to build a causeway between the Arabian and the Sinai Peninsulas, as they are planning to, also provides an extra incentive for them to invest in Egypt in the future. The Egyptian President prostrating himself in such a way before the Saudi royal family, as further demonstrated by the joint boycott of Qatar, is not only a source of national embarrassment but is a reflection of the position of Egyptian capitalism today.

There is more to the story from the Saudi side. The Saudi regime is becoming increasingly uneasy about the growing power of Iran in the Middle East. This is one reason for the barbaric and destabilising war it has unleashed on the Iranian-backed Houthis in Yemen. Saudi Arabia hopes that its control over the Red Sea can act as a counterweight to the stranglehold that Iran has over the Straits of Hormuz in the Arabian Gulf, through which one fifth of the world’s energy passes. The Saudis may extend Iraqi-built pipelines to the Red Sea which they reopened in 2012, to which control of Tiran Island and Sanafir Island would be vital.

The destitute condition of Egypt in a time of capitalist crisis has presented itself to Saudi Arabia as an opportunity to open up a new export channel, and, perhaps more importantly, assume control of a key trade route. In this sense there is a certain truth in King Salman’s claim that Egypt was only administering the two islands because of Saudi Arabia’s lack of military capabilities. Now the Saudis feel that they are in a position to command such capabilities, it is easy enough to buy the islands out of Egypt’s hands and act as though the sovereignty never existed.

A spark to kindle the flame

The selling of two strategically important islands, frittering away Egypt’s apparently proud military legacy in the process, has proved to be a breaking point for Sisi’s regime.

The Egyptian Revolution has for a while been in a confused and disparate state, thrown back by the return to power of the same old ruling caste governing in the interests of the same old ruling class. Its leadership has since been suppressed and dispersed, and most people are demoralised and afraid to come out onto the streets. Last year the largest demonstrations against the islands deal only gathered several thousand and failed to expand. After the parliamentary vote this year the 16th June was mooted as a day of protest. The usual tricks were pulled by the authorities: raiding the homes of suspected activists at night and arresting others at random. In the event, the main cities of Cairo and Alexandria saw Sisi’s thugs out in force, aiming to provoke and outnumbering what protesters there were, who were quickly picked off and scattered.

The Revolution was never defeated, however, and it has never ended. It has continued to bubble away under the surface. And the key to the situation is the mood of anger developing among all layers of the masses. People are becoming openly politicised again. What is noticeable is the change in the inert, more backward layers – not the revolutionary vanguard of youth or the advanced workers who have continued to oppose the regime, often in open class struggle. There were many who were exhausted by years of revolutionary upheaval with no one pointing a clear way forward until Sisi came along, who until recently were passively tolerant of the new regime and even spoke positively about the President himself. This rotten islands deal has completely shattered any illusions in the military ‘strongman’ among much of this layer. As if it wasn’t enough that he started it last April, now he’s ratified the treachery as well.

In a recent poll conducted by Baseera, one of the few independent pollsters in Egypt, 47% of people believed that the islands belonged to Egypt, and just 11%, in spite of all the official propaganda to the contrary, believed they were Saudi Arabia’s. Between August and October last year, Sisi’s popularity rating fell 14%. If they ran a poll on his popularity today it would have plummeted. What Trotsky called “molecular process of revolution” is already visible. Along with the jump in petrol prices, the islands debacle has already meant enough is enough for many. On 29th June motorists blocked the 6th October bridge to protest the price rise, while hashtags calling Sisi a traitor have been trending on Twitter. As one user put it, “It ended with treason.”

The situation is perhaps not ripe for another mass revolutionary movement just yet, given the extent to which consciousness has been reversed since the events of 2013. But it is certainly getting there. Any accident like the brazen betrayal of the two Red Sea islands could just be the spark the Egyptian Revolution needs to reignite.