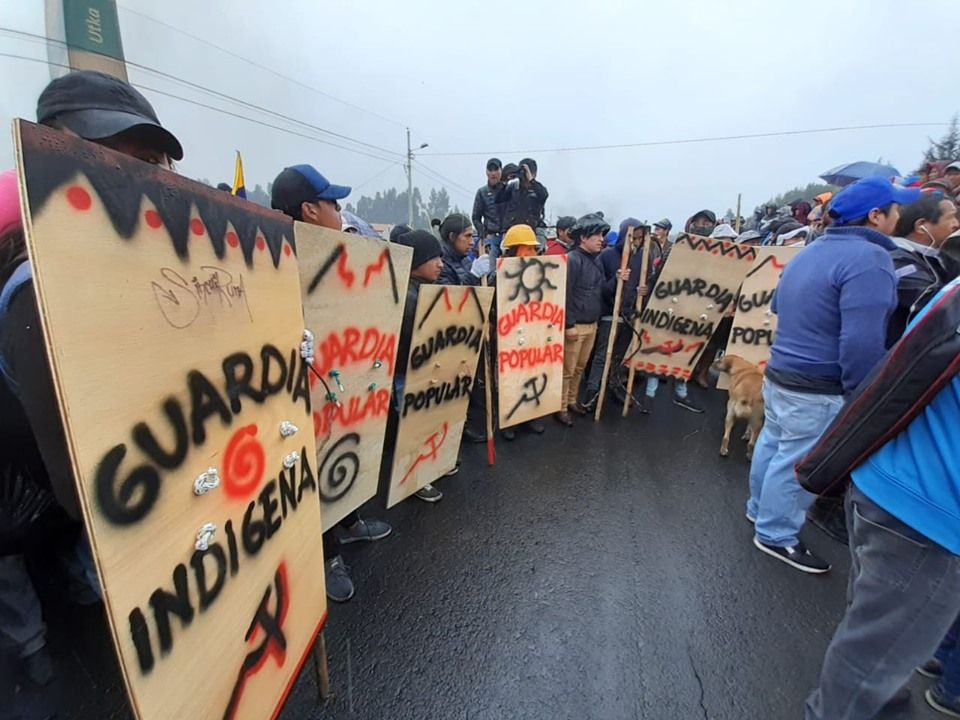 On 14 October, the Ecuadorian government of Lenín Moreno repealed decree 883. After days of struggle and mobilisations that had reached insurrectional proportions, Moreno was forced to make an important concession in the face of the danger of being overthrown by revolutionary means. The uprising of workers, peasants and students has achieved a first victory, a partial one, at the cost of eight dead, 1,340 wounded and 1,192 detained.

This is undoubtedly a very important victory. A key part of the Moreno's austerity package announced on 2 October has been repealed. This demonstrates that struggle pays, and in this case the blockade of roads, the taking over of governorates, the march to Quito, the general strike and the national strike managed to push back the government and the IMF. However, it is important to point out that this is only a partial victory.

Moreno's package, the result of the signing of a letter of intent with the International Monetary Fund, was composed of six other economic measures and 13 labour and tax counter-reforms. These measures represent a brutal attack on the working class and a huge transfer of resources to the capitalist class. Moreno remains committed to the objectives set out in that letter of intent, including the reduction of the public debt, the reduction of the fiscal deficit, the "liberalisation" of the labour market, the reduction of the public sector's wage bill, the privatisation of public companies, etc.

With the end of fuel subsidies, the government planned to save $ 1.2 billion. Moreno's intention is to modify that measure so that some of the money saved can be used, via direct transfers or in targeted subsidies, on the peasant or indigenous sectors. In reality, it would be a matter of throwing some crumbs at CONAIE in order to get the government’s central objective of eliminating fuel subsidies accepted.

It is clear that, in one way or another, the Moreno government will launch a brutal assault on the living conditions of the working class. In this way, the weight of the capitalist crisis falls on the shoulders of the most disadvantaged. However, after the October uprising, the government will have to calculate its movements very carefully, for fear of reigniting the flame of the insurrection.

The victory of the movement is bittersweet. In reality, what began as a movement against the austerity package, had become, especially since the general strike on 9 October, an uprising to overthrow the government of Moreno, and thus to put an end to the whole package and also the brutal repression.

However, the most prominent leaders of the movement, especially in CONAIE, were reluctant at all times to assume that goal. Even when the Assembly of the People in the House of Culture of Quito shouted as a single voice: "Moreno out, Moreno out", and even when that was the cry with which the popular neighbourhoods of the capital defied the curfew and militarisation. 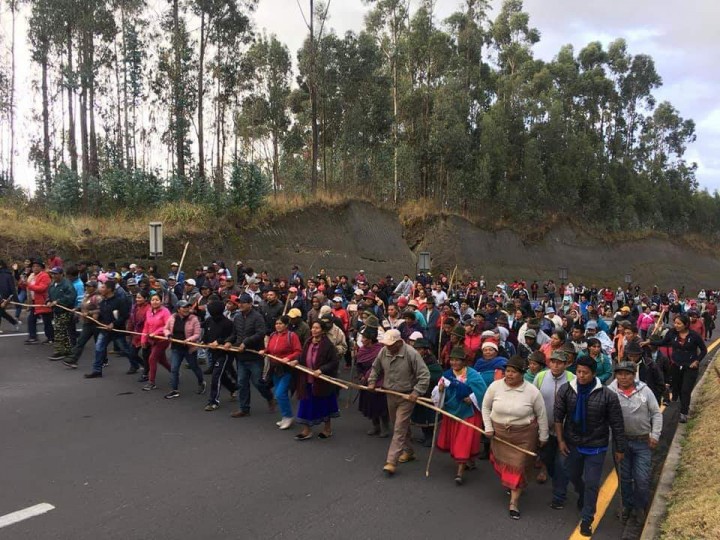 The next wave of the peasant-worker uprising must set itself the goal of overthrowing the government and seizing power / Image: public domain

Faced with accusations by the government that the movement was really an attempt at a "correista" coup, the leaders of CONAIE distanced themselves, not just from correismo, but also from the objective of overthrowing the government. Here, sectarianism played an ominous role. The government used the scarecrow of correismo – of "agitators paid by Maduro", "FARC guerrilla terrorists" and so on – to try to divide and criminalise the movement.

The leaders of CONAIE should have responded to these provocations by clearly stating that although they are not Correa supporters – anyone who opposed Moreno's package was welcome in the movement. And yes, they should have said, in the face of the brutal repression of the government, which rules on behalf of the capitalist oligarchy following the instructions of the IMF, the objective of the movement was to overthrow and replace it with a government of workers and peasants, through the Assembly of the People taking power.

The result is also that, having deactivated the protest in the streets, the Moreno government has now launched a witch hunt against officials of Correa's Citizen Revolution, including deputies to the National Assembly and other elected officials. On 14 October, preventive prison terms were ordered against the prefect of Pichincha, Paola Pabón, who was detained in a raid on her house for the alleged crime of "rebellion", a crime that sanctions those "who promote, help or sustain any armed movement to alter the peace of the state.” That is, she was arrested in connection with the popular uprising and to try to intimidate all those who participated in it, or those who plan to participate in other protests in the future. There have also been other arrests, and seven leaders of Rafael Correa's Citizens Revolution have taken refuge in the Mexican embassy, including four parliamentarians.

If the CONAIE leadership thinks that these abuses have nothing to do with them because the government is attacking correistas, they are very much mistaken. The repression against Correa's supporters today will be primed tomorrow against any leader or public official that opposes, by means of mass mobilisation, the government's austerity measures.

Finish off the Moreno government!

It can be said that the unfinished October uprising was a dress rehearsal. It is important to learn the lessons for the next act, which will not be long coming. The insurgents showed organisation and courage in the fight. They used methods of mass mobilisation to paralyse the country. They forced the government and the National Assembly to flee from the capital. They formed their own armed self-defence – the Indigenous Guard – to face provocateurs and police violence. They raised the idea of a People's Assembly that really could not be anything other than an alternative power to that of the bourgeois state. Neither the police repression, nor the state of emergency, nor the curfew, nor the militarisation, nor the snipers managed to crush them. They achieved a broad mobilisation of many sectors of the population – women, youth, workers, students – around a common goal.

But the movement also had some weaknesses that need to be noted. The absence of a firmer unity between the indigenous movement and the trade union movement, and sectarianism towards correismo, weakened it. There was also a lack of democratic leadership structures. Delegates elected from the barricades, neighbourhoods, factories and communities would have filled the People's Assembly with real content. At the decisive moment, the slogan of the seizure of power was not advanced. The workers and peasants have withdrawn from the streets, for now. But having won a first victory they have shown and realised their own strength. The workers and peasants of Ecuador have given an example of struggle and heroism that will inspire the masses across the continent who are facing similar policies. No doubt they will return to the streets as soon as the government goes on the offensive again with its IMF package. The next wave of the peasant-worker uprising must set itself the goal of overthrowing the government and seizing power.