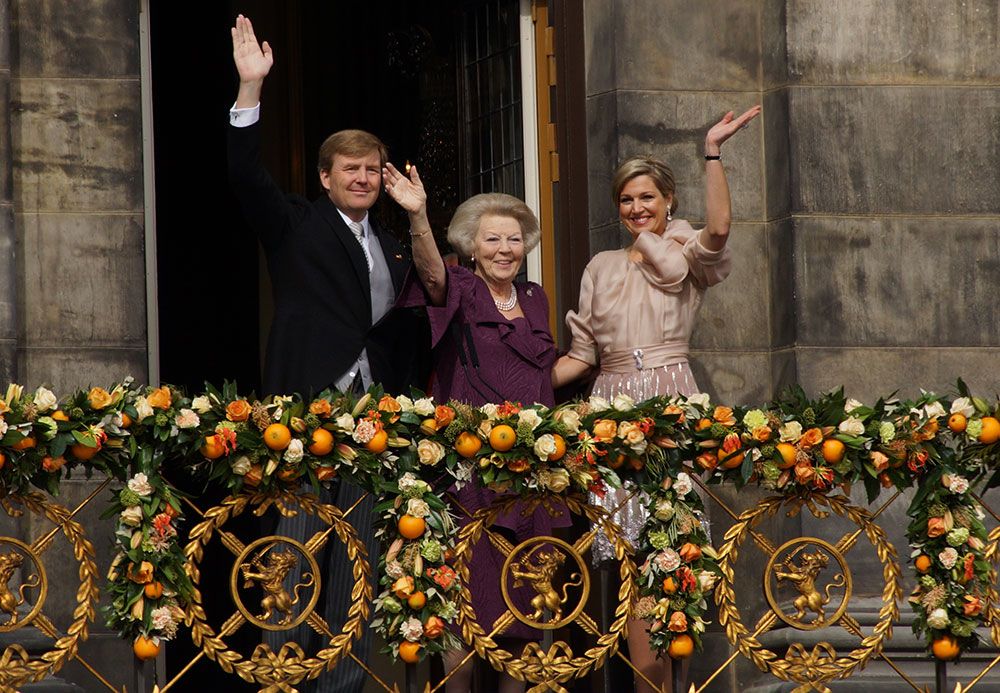 Last week, the new king of the Netherlands, Willem-Alexander, declared that the era of the welfare state was over and that the Netherlands are moving towards a ‘participation society’. This is a reflection of the crisis of capitalism, where all the gains of the past will be destroyed, unless the capitalist system is overthrown.

Last Tuesday, in the Speech from the Throne on so-called ‘Prinsjesdag’ (Prince’s Day – the day the king gives an outline of the government policies of the coming year to a joint session of parliament and senate), the Dutch king Willem-Alexander declared that the era of the welfare state is now over, and that Dutch society is becoming a ‘participation society’, in which people will be more ‘independent from the government’ and should ask their families, friends and neighbours to help them if they are in need.

This speech reflects a turning point for Dutch capitalism. For years the Dutch working class has had to listen to stories from bourgeois politicians and so-called “public opinion” that austerity policies are necessary, also in periods of small growth, in order to maintain the welfare state . In fact, already in the 1980s this was the idea that was propagated. Since then many restrictions have been introduced to access to welfare grants, the public pensions age has risen from 65 to 67, and the free basic public healthcare has been transformed into a public-private system that becomes more expensive for its users every year.

Now for the first time it has openly been stated by the king, i.e. in the name of the Rutte government, that the welfare state will be a thing of the past. This confirms what the Marxists already have been stating for years: that capitalism has entered an era of decline, in which the gains of the past will all be sacrificed, not in order to maintain the welfare state, but in order to maintain the rule of the bourgeoisie.

Polarisation towards the left and the right

The popularity of the ruling coalition of Labour (PvdA) and the right-wing liberals (VVD) has collapsed. Its strict policies of holding the government budget under the European norm of 3% of GDP through cuts in spending and the raising of taxes for the working and middle class, have led to a decline in demand which has worsened the crisis. Since September 2012 Dutch GDP has shrunk by 1.7%, while unemployment now stands at 8.7%.

According to the latest polls, the VVD’s support has declined from 41 to 19 seats (the parliament has 150 seats), while the PvdA has gone down from 38 to 10, an all time low! This collapse of support for the ruling coalition has led to polarization between left and right in the polls. On the right, the Freedom Party (PVV) has gone up from 15 to 33 seats, while the left-wing Socialist Party (SP) has gone up from 15 to 24 seats. A recent survey has revealed that this support for the PVV and SP derives from anger with the existing situation, and not out of ‘fear for what the future holds’, as some arrogant bourgeois sociologist have been claiming.

The right-wing PVV has been trying to channel this anger against the European Union and immigrants from Central and Eastern Europe, while demagogically proclaiming that the cuts in healthcare and increases in VAT were implemented because of the left-wing (!) character of the coalition government.

Last Saturday, 21 September, the PVV held its first demonstration in The Hague, which marks a turning point. For years the party tried to present itself as a respectable, bourgeois party, but since it withdrew its support for the last government, the other bourgeois parties have viewed the PVV as a bunch of adventurers. This has given party leader Wilders more freedom to reorganize the party, linking up with European extreme right-wing parties like the Vlaams Belang in Belgium and the Front National in France, and organizing demonstrations. Wilders initially refused to go down this road, because he did not want right-wing extremists to come to his demonstrations. Now however, he doesn’t seem to care anymore, as last Saturday’s demo saw the presence of “Prince’s Flags” (an old Dutch flag that is being used as a fascist symbol) and Nazi salutes.

On the same day, the SP joined a left-wing anti-cuts demo in Amsterdam. While the demonstration was prepared as an alternative to the right-wing demo of the PVV, the SP initially did not want to join it, as they want to be seen as a “respectable party” and are shifting more and more towards parliamentarism. This is a serious mistake on the part of the party leadership, because if they had decided to boycott the demonstration, the PVV would have been the only voice of protest against the Rutte government. The problem is that the leadership of the SP is looking forward to joining a future coalition government, which they believe would stimulate the economy using Keynesian methods. This gives the PVV the possibility of presenting itself as “the true party of resistance”. The aim of the SP should be to channel the anger of the working class away from the reactionary PVV, towards a genuine socialist programme.

Austerity will continue: time to fight back!

The policies of austerity will continue, and will mean the further disintegration of the welfare state. It is the task of the trade unions to mobilize their membership. In the spring they signed a so-called Social Treaty with the bosses and the government, where it was promised that some gains would not be touched. However, since the Speech of the Throne many politicians have been openly talking about ending this treaty.

The union leaderships should have no illusions in the Social Treaty. It can only be a temporary postponement of new cuts. Instead, they should mobilize their members to turn a planned union demonstration on the 30 th November into a huge anti-government demonstration, and continue with further actions, including a 24-hour general strike next year.

However, as the Dutch Marxists have been stating, while we will support all actions of the working class against austerity and the destruction of the welfare state, the only way to end austerity is by breaking with the capitalist system. Only by nationalizing the commanding heights of the Dutch economy under democratic workers’ control and management, can we use the full potential of the productive forces for the needs of the population, and stop the destruction of the welfare state.