Details
our correspondent in Copenhagen
26 June 2007

Denmark
Share
Tweet
The Marxists expelled from the SUF in Denmark have launched an opposition organisation to continue the struggle for a revolutionary programme in the organisation. 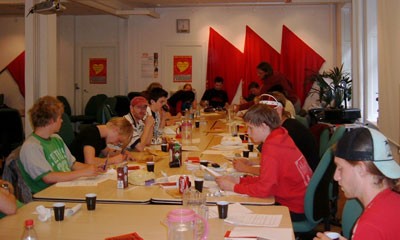 On Saturday 23 June, 35 young socialists assembled in the union headquarters of LFS, Copenhagen. The aim of this meeting was to discuss and evaluate the recent events in the SUF (The Socialist Youth Front, a revolutionary socialist organisation in Denmark). As reported earlier, 26 Marxists have been expelled from the SUF, as the culmination of an ongoing struggle between the left and right inside the organisation. Thus, the meeting was held to discuss perspectives for the SUF and the founding of a new fraction to win SUF back to a revolutionary socialist programme. Represented in the meeting were comrades from 8 different local branches throughout the country.

In the first discussion, dealing with perspectives for the SUF, it was made clear that SUF still has a big potential as a revolutionary youth organisation. Despite all the problems, SUF has had a big rise in membership over the last two years, reaching nearly 1,000 members and gaining local branches in more and more cities. 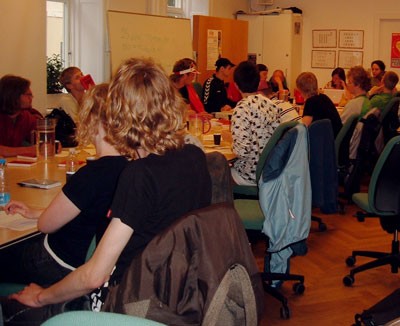 The big problem is that the leading layer of the SUF has moved itself in many ways away from the founding programme of SUF in 2001. There are for example parts of the leading layer that now want to drop revolutionary resistance to the EU. Furthermore, in the last two years we have seen clearly how the SUF leadership on several occasions have submitted themselves to reformist ideas and methods in Genstart Danmark (a united front between SUF, the Socialist People's Party Youth and the Social Democratic Youth). This has been the case when the SUF has signed recommendations to stop protest movements, etc.

In fact, the expulsions in the spring of 2007 were nothing but the culmination of a struggle between different wings; between the leading layer in the organisation and the people who criticise their line, a wing that contained the 26 expelled Marxists. These expulsions have now created a climate inside the SUF, where real political discussions are often avoided and where a harsh tone is applied against political minorities and local branches that disagree with the leading layer. 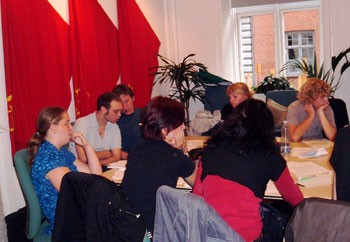 The meeting thus voted to form a new fraction, which aims to reclaim the SUF for revolutionary socialism and internal democracy. A political platform of the opposition had been prepared in advance and discussed by individuals and branches. There were some minor amendments that were voted and incorporated in to the final document. The platform drew up both some ideas and proposals on how to form SUF as a strong revolutionary socialist organisation and also offered some concrete political points that serve to illustrate our differences with the leading layer of the SUF.

Among the most important points in the Left Opposition platform are:

After a debate on different proposals, the name "The Left Opposition in the SUF" (LO) was voted. In the discussion about the name, it was emphasised that this was the name that described the new fraction in the clearest way possible: a fraction that represents a left alternative to the SUF leadership and at the same time an opposition that fights to win the majority for a clear revolutionary position.

The final session was centred on activities. What should the Left Opposition do in the coming months? In this session it was decided to inform SUF local branches and militants about the LO platform and aims. The platform document will be printed as a leaflet and distributed widely. 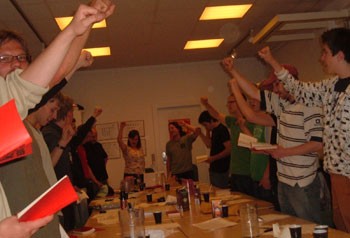 It was also agreed that the LO should work to further discussions inside the SUF about the revolution in Venezuela, about the wars in Iraq and Afghanistan and about the struggle in defence of welfare rights. At the same time the LO will participate in the campaigns and activities already planned by the SUF and work to build SUF branches and win more youth to the organization everywhere we are active.

At the end a coordination committee was elected to coordinate the activities of the LO and carry out the decisions of the founding meeting. A new assembly of the LO is planned for the autumn and will be a warm-up for the next SUF congress that is to be held in October.

The meeting ended in an enthusiastic mood with the singing of the Internationale, the world hymn of revolutionary Socialism.