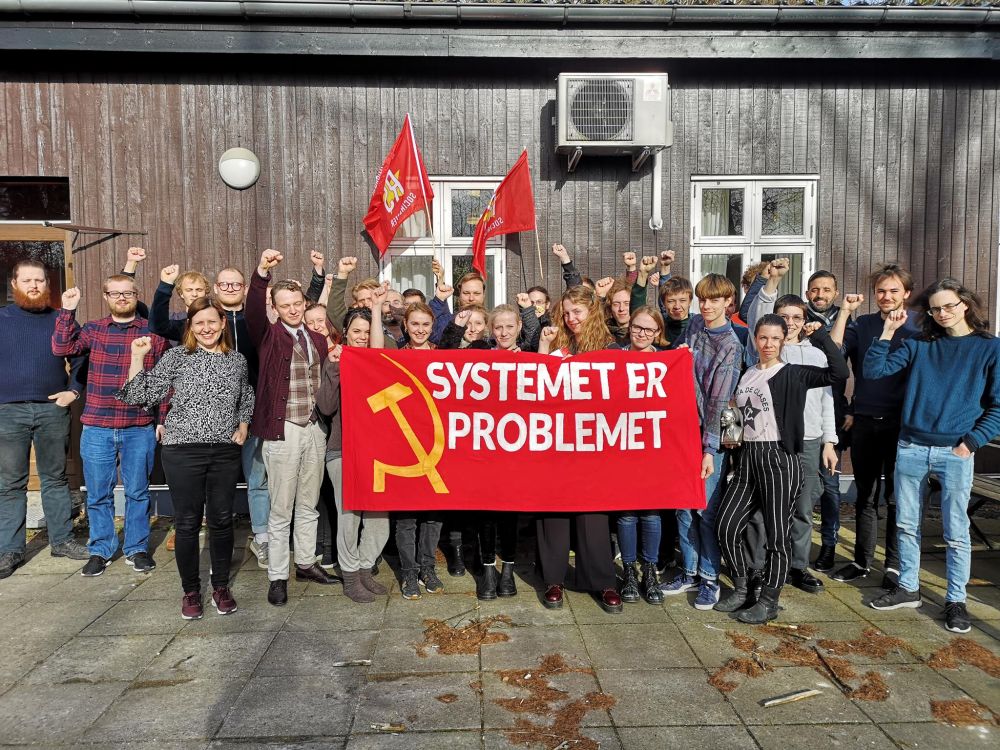 On the weekend of 22-24 March, Revolutionary Socialists (RS) – the Danish section of the International Marxist Tendency – held their annual congress. It was held at a Scout hut in the countryside of Sealand. In the months leading up to the event, all of the comrades had focused heavily on ensuring the political, as well as the practical success of the congress. This work ensured that the 2019 congress was the best in the history of the organisation.

There was a total attendance of 42 comrades, primarily members of RS and its delegates, but a few guests from other sections of IMT attended as well, including a representative from the International Secretariat. Many of the people who attended were very new to the organisation – some having been involved for less than a year, and some only a few weeks. This reflects the fact that more and more young people are searching for radical answers to the increasingly urgent problems of society, and are ready to adopt revolutionary politics to take action against capitalism.

The discussions reflected a high level of political awareness and the will to take RS forward. The congress showed that one does not have to be a veteran revolutionary to play a role in building an organisation. The congress also emphasised that, with the size that RS has reached, it is time to take steps towards further professionalising the organisation.

The first day included a thorough discussion of the political situation, internationally as well as nationally. Every country is directly affected by the prolonged crisis of capitalism. The ruling class is desperately attempting to preserve the status quo, but in the process of doing so, they are further destabilising their countries. The bourgeoisie are losing control of their own system on a global scale. Every day, more and more workers and youth are questioning the system and becoming radicalised. This is happening at a time when a new crisis is threatening the system from the horizon. For the new movements that are entering the stage, including the gilets jaunes in France, the biggest issue is a lack of revolutionary leadership, which can give direction to the movements. Without a political party to direct the working class, these movements risk defeat.

The same processes that we’re observing in the rest of the world are also playing out in Denmark, at a slower pace. These were analysed by the congress in a document entitled “Big shifts will introduce a new period of class warfare”, which concludes that the upcoming period (including the coming elections) is going to be influenced by a shift in the economic and political situation. No matter how fast this shift is influencing the situation in Denmark, there are signs that class warfare will soon be on the agenda in Denmark. The document was approved unanimously by the delegates will be published shortly. On Sunday, the congress discussed the organisational conclusions to be drawn from analysis of the political situation.

If you look at the left-wing landscape in Denmark, you’re met by a saddening sight, despite the extremely advantageous objective situation. Aside from their political bankruptcy, a big part of the Danish left is dependent on external financial support, often from the state, without a clear plan for becoming independent. This means that, when the support from the bourgeois state diminishes, the organisations will collapse one by one. 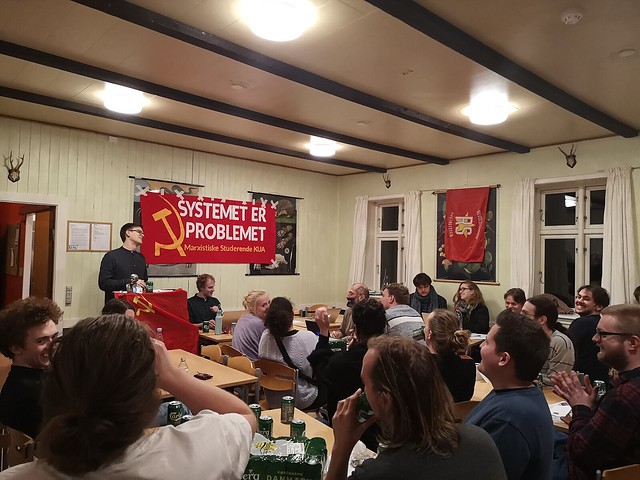 The political vacuum on the left in Denmark creates a unique opportunity to build our revolutionary organisation / Image: Revolutionære Socialister

The political vacuum on the left in Denmark creates a unique opportunity to build a revolutionary organisation. There are no external obstacles, and hence no excuses not to build. The enthusiasm of RS is huge, as was directly reflected in the most successful collection in the history of the organisation: more than 58,000 Danish kroner (almost €8,000).

With the congress of 2019, RS has taken a crucial step forward towards growing to a new level. The internal structures have been strengthened and formalised to ensure that the organisation can absorb the huge growth that has already taken place, and is to be expected in the future. The organisation needs to ensure that all comrades have the opportunity to contribute as much as possible to the revolutionary work. This can only be a reality with a flexible organisation that helps new forces take steps forward.

Marxist theory is the foundation of all revolutionary activity. Our small publishing house ‘Forlaget Marx’ is an essential cornerstone in the revolutionary struggle and spread of Marxist ideas. Here, the competition is limited as well. There are no other publishing houses releasing Marxist literature on the same level, because all other organisations on the left have given up on theory altogether. But this doesn’t mean that we have been resting on our laurels. This year the publishing house has released The Revolutionary Legacy of Rosa Luxemburg: a unique, Danish-language book about the great revolutionary, Rosa Luxemburg. This book is not just of historical interest, it has already led to important discussions on the left and is putting RS on the map – and new releases are to come.

While other organisations on the left-wing are collapsing and losing their grip, RS looks forward with optimism. Capitalism is an unsustainable system, ruining people’s lives, the planet itself and our future. This is a horrible truth, but that same crisis is the foundation for a revolutionary overthrow of the system. The internal contradictions of capitalism are prohibiting it from taking society forward. But even though capitalism has outplayed its historical role, a successful socialist revolution is not a given. There is a need for conscious action to change society. RS is building the foundations to play a decisive role in a revolutionary situation. The congress of 2019 marks the beginning of a new era for Revolutionære Socialister. On the basis of the congress, the organisation can push towards 100 members, as a first step in building the revolutionary organisation that is necessary in Denmark.