This month marks the anniversary of the December 1970 Polish protests – or ‘Black Thursday’ – when the workers of Polish coastal cities of Gdańsk, Szczecin, Gdynia and Elbląg rose in protest against a huge increase in prices of basic food products, but were harshly repressed by the so-called People’s Army. The cost of striking against price rises was high: 46 workers and students were killed and thousands injured in the stand-offs, just a week before Christmas.

Building on the lessons of the Polish June days of 1956, the workers organised in all-city soviets and instinctively adopted the slogans and tactics of the Petrograd workers in 1905. The shipyard workers were quickly joined by comrades in other industries, for instance from the transport and manufacturing sectors. Echoing the Hungarian uprising of 1956, they even received some symbolic support from individual low ranking bureaucrats. Although the workers’ protest was ultimately drowned in blood and the strike committees broken up by the state, the situation forced Premier Gomułka to resign. However, it would not be until over a decade later that the independent workers’ unions were recognised as legal.

This event is subject to much falsification and distortion. The bourgeois propagandists attempt to appropriate and whitewash the December events of any class content under the Catholic-nationalist banner. On the other hand, the contemporary apologists for Stalinism worldwide will either ignore what happened or condemn the Polish workers with empty slanders, under the banner of their blind defence of the Stalinist bureaucracy. None of these people can relate to the living experience of the working class.

It is for the workers and youth, seeking answers but unable to find a hint of explanation to what happened from either of these camps, to whom we present our perspective. This article is for the class descendants of the protagonists of these strikes that seek to rediscover these events.

Marxists, unlike spokesmen for Stalinism and capitalism, place themselves at the standpoint of the working class, and argue on the basis of facts, so that the workers know the truth and so that they can learn from history. The lessons and traditions of 1970 are in the veins of Polish workers. Understanding these lessons can help them arm themselves with faith in their own strength in the ideas of socialist revolution. 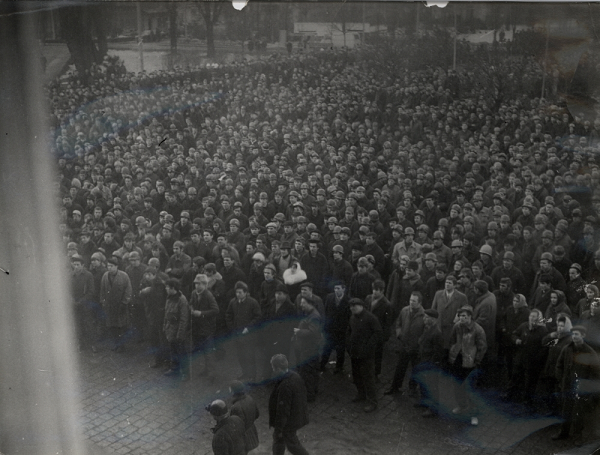 The day the spark was struck

On Saturday 13 December 1970 the Stalinist government increased the prices of the most basic food commodities, including bread and meat products. The decision itself was made by the Political Committee of the Polish United Workers’ Party (AKA the Communist Party). The decision, however, was not born from abstract whims or individual nastiness of the leaders of the Communist Party, although their callousness certainly informed their decision. The most important contribution was the very nature of the despotic Stalinist state, established in Poland not in the image of Petrograd in 1917 but of Moscow in 1944. It is therefore necessary to understand Stalinism in order to understand the causes of the price crisis in 1970.

Following the occupation of the Polish territories by the Red Army in 1943-1944, the Stalinist bureaucracy in Moscow was not left with many options. Like in other countries in the region, a Popular Front government was introduced: a Stalinist tactic of attempting a coalition between the workers’ parties and the bourgeois parties. Like in the French and Spanish Popular Fronts, it was clear that the Soviet bureaucracy was prepared to negotiate and compromise with the capitalists, but unlike in Spain or France the real power rested upon the Red Army and the Stalinists were in control.

Specific difference between France and Poland was that in the latter there were no capitalists to make alliances with. Most of them fled before the Red Army. A certain degree of enthusiasm by the Polish working class, glad to see the back of the brutal Nazi occupiers, met the advance of the Red Army, with the illusion that victory would mean also the overthrow of capitalists and landlords. That was the nature of the revolutionary upsurge of the immediate post-war period.

The Polish masses themselves were still fresh after the experience of the 1944 Warsaw Uprising, when they took the city from the Nazis in less than a week through mass occupations. Although the Stalinists relied on the enthusiastic masses to expropriate the capitalists, they swiftly moved to eliminate any elements of workers’ power that sprung out of the spontaneous movement in favour of expropriation. Events were therefore maintained within the limits decided by the Stalinist leadership. This set the precedent for the nature of the state for the next 45 years.

The Stalinist bureaucracy could not allow any regime of workers’ democracy to consolidate. The Bezpieka (Polish Stalinist secret police) would be used to torture and execute any political opposition. The state, the armed bodies of men, would constantly turn their guns on the workers seeking true emancipation. In the slogan of the 1980 mass movement, the workers were prepared to say loudly on multiple occasions: “Socjalizm tak - wypaczenia nie!” (Yes to Socialism, no to distortions!). It is in this spirit that the revolts of 1956, 1970, 1976 and 1980 were prepared. Following the steps predicted by Trotsky, once the economic change had happened, capitalism was overthrown and replaced by a system based on the model of Stalinist USSR, it immediately posed the question for the workers to fight for a political revolution, to kick out the Stalinist bureaucrats. With the introduction of genuine workers’ ownership, control and management over industry and the establishment of a regime of workers’ democracy. In this way, the international socialist revolution would once more continue on the lines of 1917.

Apart from a general plan for the economy, not a trace was left in the policies adopted by the Stalinists of Lenin and Trotsky’s Bolshevism. The commitment to the international socialist revolution was nothing but a smokescreen for the Kremlin, to hide the privileges of the bureaucracy. Eventually, bureaucratic mismanagement and corruption would hit the brake hard enough that despite its initial achievements, the planned economy faced severe crises. The price increases and the Polish workers’ strikes were directly caused by this situation. It was rooted in the incompatibility of genuine socialism with isolation and with the privileges and unaccountability of the Stalinist bureaucrats.

Thus it was on the Saturday that the prices went up. The new prices for these products were announced on the radio in the evening, with the average increase being 23 percent. For instance, the price of flour went up by 17 percent, fish went up by 16 percent and jam and fruit products increased by 36 percent. The news was spread by the press on Sunday the 13th. This was met with an outrage by the workers, and the Gdańsk shipyard halted production on the Monday morning. The strike spread to other industries, and the anger culminated at a mass protest in the city centre. By late afternoon, the workers were joined by groups of students, and the first confrontations with the police occured. 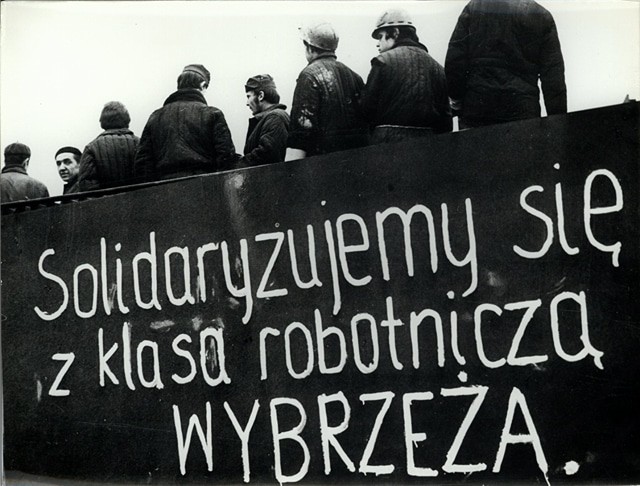 It is this day that the army followed the cold-blooded orders of the local authorities and opened fire on the workers. The first shots were fired in Gdynia. Machine guns were used to mow down the workers who had just got off their morning train to the shipyard. Among them was Zbyszek Godlewski (Better known as Janek Wiśniewski). This 18-year-old Gdynia shipyard worker became a popular symbol of these events. His body was carried on a door through the streets of Gdynia. On that day, began another symbol of the movement – a Polish flag drenched in the young workers’ blood. 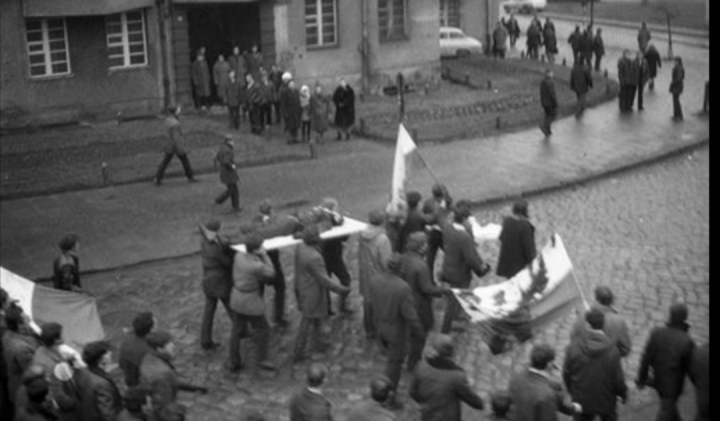 By the late afternoon, thousands of workers were out on the streets of Gdańsk, Gdynia, Szczecin, Słupsk and Elbląg. In Szczecin, protesters were also met by tanks and rifles. The protest erupted into riots, leading to 16 deaths and dozens injured. In Szczecin, the local Communist Party’s headquarters (today hosting a regional Pekao Bank branch) were burned down by the protesters. Similar riots erupted in Gdansk. Eventually strikes spread to cities in the middle and southern parts of Poland – they reached Białystok, Nysa, Oświęcim, Warsaw and Wrocław, although these were of a smaller scale and short-lived.

By Saturday, the general strike continued and the workers formed and elected a Szczecin City Soviet, which involved over 100 workplaces and thousands of workers throughout the city. The Szczecin workers were de facto in charge of the city for five days. In the national context, however, the movement had already reached its ebb – in the absence of a national leadership for the movement the tired workers’ representatives in other cities signed agreements with the bureaucracy, which promised to fulfill the workers’ demands. In the end, only some of these promises were carried through, contributing to deepen the tensions between the working class and the regime which would emerge on a much bigger scale with the 1980 mass movement. The isolated Szczecin workers also eventually accepted an agreement with the Stalinist management.

This magnificent movement of the Polish workers was once again a tremendous display of the power, tenacity and willingness to struggle of the working class, despite the lack of a legal organisation or trade unions. In the middle of the period where the workers were more occupied with preparations for Christmas, the whole mood throughout the country was turned on its head in less than 24 hours. The workers may have gritted their teeth at the past price increases, but the new prices imposed during the weekend preceding an important holiday tipped them over the edge. It is through the experience of this struggle that the workers were slowly learning that the power to abolish the bureaucracy and establish a democratic workers’ state was in their hands.

The workers’ demands expressed the general mood. Despite what some of the contemporary bourgeois propagandists would like to imply, there was not a trace of the demand to return to capitalism. The workers were challenging not the basic premises of the planned economy, but on the contrary, the privilege and power of the Stalinist corrupt bureaucracy over it. Among the demands were for the officials to be elected and receive no more than an average workers’ wage, and for those bureaucrats responsible for the economic crisis to be removed from their positions. The workers also called for the return to the old prices and freedom for political prisoners.

The strikes bore an enormous influence on the general experience of the Polish workers. The Szczecin shipyards halted work once more as early as January 1971, and on May Day demonstrations that year, their voice was raised again in commemoration of the fallen workers and called for justice upon those responsible for murdering them. 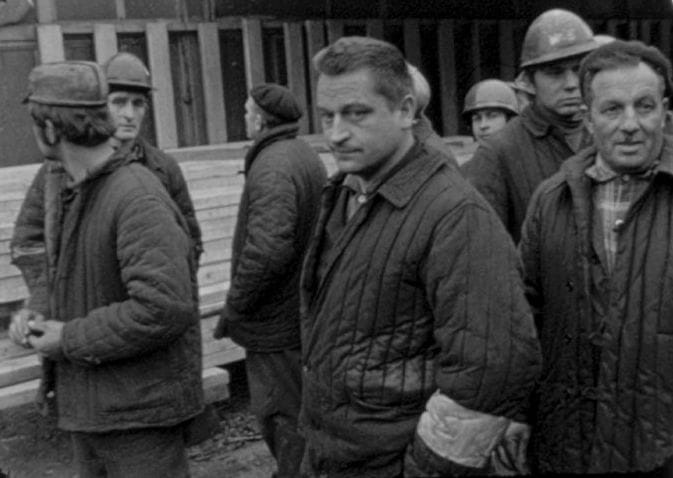 A lot of things have changed since 1970. The 1980 revolutionary movement of the Polish working class shook the Stalinist regime from top to bottom. The temporary compromise of the Gdansk agreements of 31 August 1980 allowed the formation of independent trade unions and granted the main workers’ demands, but were reversed by General Jaruzelski’s coup of December 1981.

The right wing leaders of Solidarnosc consolidated their rule over the organisation after the working class movement reached an ebb in the 1980s. They have preached for the return to capitalism in one chorus with the leaders of the so-called Communist Party. The same careerist politicians and leaders who carried membership cards of the Communist Party and Solidarność turned into the most faithful managers of the capitalist system. It comes as no surprise that Lech Wałęsa peeked out of his peaceful mansion life to call for the striking workers to be beaten up with batons.

It is on the basis of these experiences that the workers will recognise who is with them and who is not. In a period of sharp turns and sudden changes, reinforced by the capitalist crisis and the militancy of Polish workers, the current right-wing, nationalist frenzy will collapse, as more radical and tremendous Decembers are fought by the workers in the coming period.