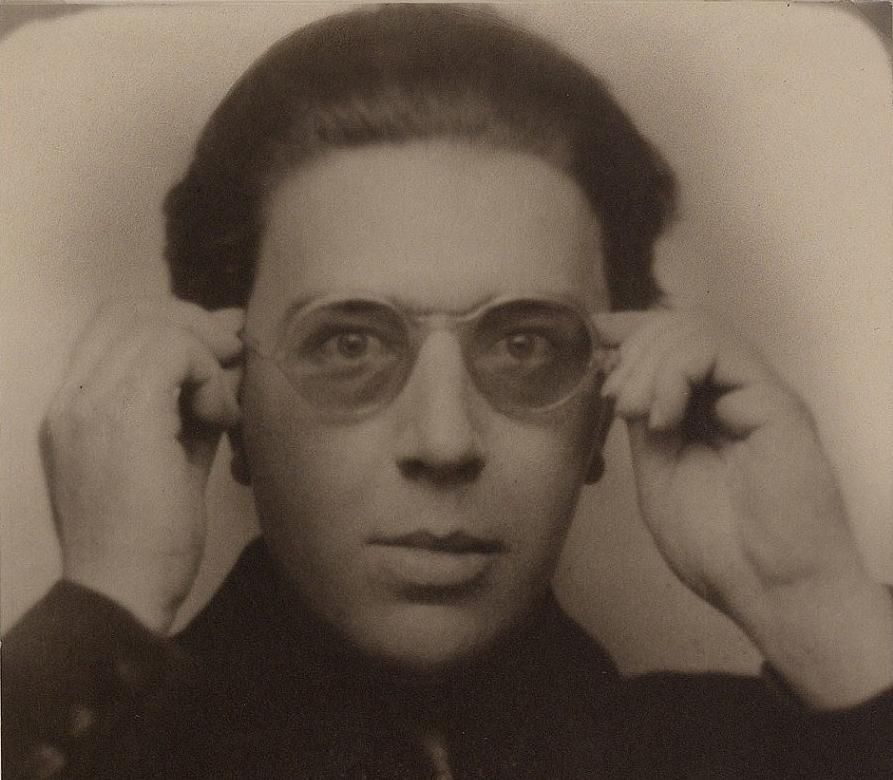 We celebrate today the anniversary of the death of André Breton, one of the most outstanding literary representatives of surrealism, who tried to link art with revolutionary politics and collaborated for a time with Leon Trotsky.

Today, when the capitalist system is in a complete impasse and affected by a condition of extreme senile degeneration, the crisis of the system affects every aspect and manifestation of life. The productive forces stagnate, unemployment and underemployment affect millions, and inequality increases to unheard-of levels. Wars and terrorism are no longer the exception but the norm. Elements of barbarism have begun to appear even in the most prosperous and “civilized” countries, as we saw recently in New Orleans.

The continuation of the capitalist system threatens to undermine the very foundations of civilization and culture. In such a world as this, how could art and literature remain unaffected? The idea of linking art with revolution – an idea pioneered by Breton and Trotsky – therefore retains its full vitality and truth.

Surrealism expresses a contradictory (illogical) view of reality. It seeks to express the element of violence and savagery that lurks underneath the thin veneer of bourgeois civilization. The polite manners and “good taste” of bourgeois society is really just a façade that conceals the most terrible suffering, exploitation and repression. Surrealism tears aside the veil of polite hypocrisy and reveals the ugly and repulsive reality that lies behind it.

Paradoxically, the man whose name is most frequently associated with this revolutionary school, Salvador Dali, was a servile defender of the status quo, politically right wing, an admirer of Hitler and Franco, a monarchist and a lackey of the wealthy establishment. Luis Buñuel, by contrast, was a genuine revolutionary. He was sacked for making an atheist film, from which Dali typically disassociated himself, for which Buñuel rewarded him with his fists.

Unlike Dali, Buñuel was anti-establishment, anti-religion and anti-Church. Politically, he stood close to anarchism, the creed that perhaps most closely reflects the world outlook of surrealism. But with Breton surrealism also drew close to Marxism. In 1937 he wrote a joint manifesto with Trotsky called Manifesto for an Independent Revolutionary Art. This retains its full validity today.

In this art there are also other elements: the idea that everything is transient, unstable and changing. That is why death and metamorphosis play such a central role in it. Here we sense the presence of a fundamentally dialectical idea: the idea of constant change in which things turn into their opposite, and where contradictions lie at the heart of everything and things are never what they appear to be.

It is no accident that surrealism flourished on the soil of Catholic Spain, France and Italy. It is well known that fanatical Catholicism produces its opposite in the shape of powerful anti-clerical movements. In every great revolutionary upsurge in these countries there was always an outbreak of anti-clerical activity. Such a phenomenon could never arise in the Protestant countries of northern Europe, where the bourgeois revolution had settled accounts with the Catholic Church centuries earlier. The cold logic of the bourgeoisie had long since banished the irrational obscurantism of the Church. But in the southern countries of Europe this was an idol that yet had to be overthrown.

Surrealism, as the name suggests, seeks to go beyond the surface, to penetrate beneath the appearance and grasp the essence of phenomena. By contrast, the cold, unimaginative northern European mind, moulded by a long history of empirical thought, is satisfied with “the given”, with “things as they are.” Yet “things as they are” frequently turn out to be very different to what they seem.

Yes, the world of surrealism is a strange world, in which “normal” things and relations are stood on their head. But in reality it is capitalism that turns every natural relationship into its opposite. It bears within itself an inherently irrational and contradictory character. These contradictions can be well expressed in the art of surrealism. But they can only be actually resolved through the socialist revolution.

What is the role of the artist in present-day society? It would be easier to state what it is not. It is not the role of a real artist to remain on the sidelines while the great battles are being fought for the future of humanity and the soul of humanity. Art that separates itself from society and is indifferent to its fate can never aspire to greatness. Such art merely languishes in the shallows and foothills of history. It can never fly to the summits.

Great art must concern itself with great matters. A true artist cannot be indifferent to the fate of other men and women. He or she is a revolutionary by nature. Conformists and yes-men who are satisfied with following the common herd will never produce art and literature of stature.

Art has a duty to speak out fiercely and courageously against oppression, exploitation, lies and hypocrisy in all their manifestations. It must point to the possibility of a better life and a better world. It matters not that the message lacks clarity, that it is incomplete and imperfect, and that it deals only with this or that particular. Art is not politics or science. It has its own identity and speaks with its own voice. While adopting a passionate stance on the great issues facing humanity, it must ever remain true to itself.

It is possible for art to be partisan and revolutionary without degenerating to mere propaganda. Art must be free from all constraints. It must acknowledge no master, whether the Church or the Mosque, the State or Big Business. The artist must be free to follow his or her own feelings and beliefs. Such artistic freedom is incompatible with the capitalist regime where the banks and monopolies decide everything from the production of shirts to the production of music, paintings and literature, in the interests of profits.

Art will only become free in a society where all men and women are free and where money relations are replaced by real human relations, that is, by socialism. Only in a society based on the democratic and harmonious planning of the productive forces can men and women obtain a rational control over their lives and destinies. Only in such a society will art finally shed the marks of slavery and acquire the status of human art.

In class society, art has a class character. It tends to become alienated from society and is regarded as something strange, alien and remote from the majority of people. Only by abolishing the material basis of alienation can we demolish the Chinese wall that separates art from society.

Trotsky once wrote: “How many Aristotles are herding swine? How many swineherds are sitting on thrones?” By abolishing the difference between mental and manual labour, socialism will once and for all open the doors that once barred the access of the people to art, science, culture and government. It will mean a new renaissance that will put in the shade all the achievements of ancient Athens and 15th and 16th century Florence.

The development of art to its fullest extent is incompatible with all kinds of one-sidedness, including national one-sidedness. Surrealism was a genuinely international trend, reflecting the existence of common feelings and dilemmas on a world scale. That already anticipated the future development of a genuine world culture and art under socialism.

The great cultural heritage of Europe has long ago run into a blind ally, reflecting the long decline of European capitalism, faced with younger, more dynamic rivals. The old world no longer has anything interesting to say. The centre of world history, as Trotsky predicted, has passed from the Mediterranean to the Atlantic and is now passing from the Atlantic to the Pacific, where the future destiny of the entire world will be determined.

The old, antiquated frontiers that divide the living body of humankind have long since outlived their historical usefulness. They are as much barriers to human progress as were the old local boundaries under feudalism. They are destined to be swept away and they will be swept away. This is particularly necessary for Latin America, that marvellous continent that possesses all that is necessary to create a paradise in this world but which has been balkanised and reduced to slavery and poverty by 200 years of capitalism.

In a socialist world the genius of the peoples of Latin America will enter as a vital ingredient into a common world culture, once humanity overcomes its divisions and becomes whole once again. The great traditions of the Maya and the Aztecs, the Incas and all the other peoples of the continent will experience a rebirth on a qualitatively higher level.

What will be the nature of the new socialist art? It is impossible to say and it is not for us to give lessons to the future generations. Art will always obey its own inherent laws, which do not correspond to preconceived theories but reflect the needs and desires of each generation. But of one thing we can be sure. There will be no lack of variety. A hundred different schools of thought will compete and argue, in a passionate school of democracy that will involve not a handful of aesthetic snobs but millions of people. Out of this a new and superior culture will arise that will surpass anything we have seen in the past.

That is the future we are fighting for. And in this struggle the artists of today must take up their rightful place – in the front line of the battle for socialism.

We finish with a quote from the Breton-Trotsky Manifesto: