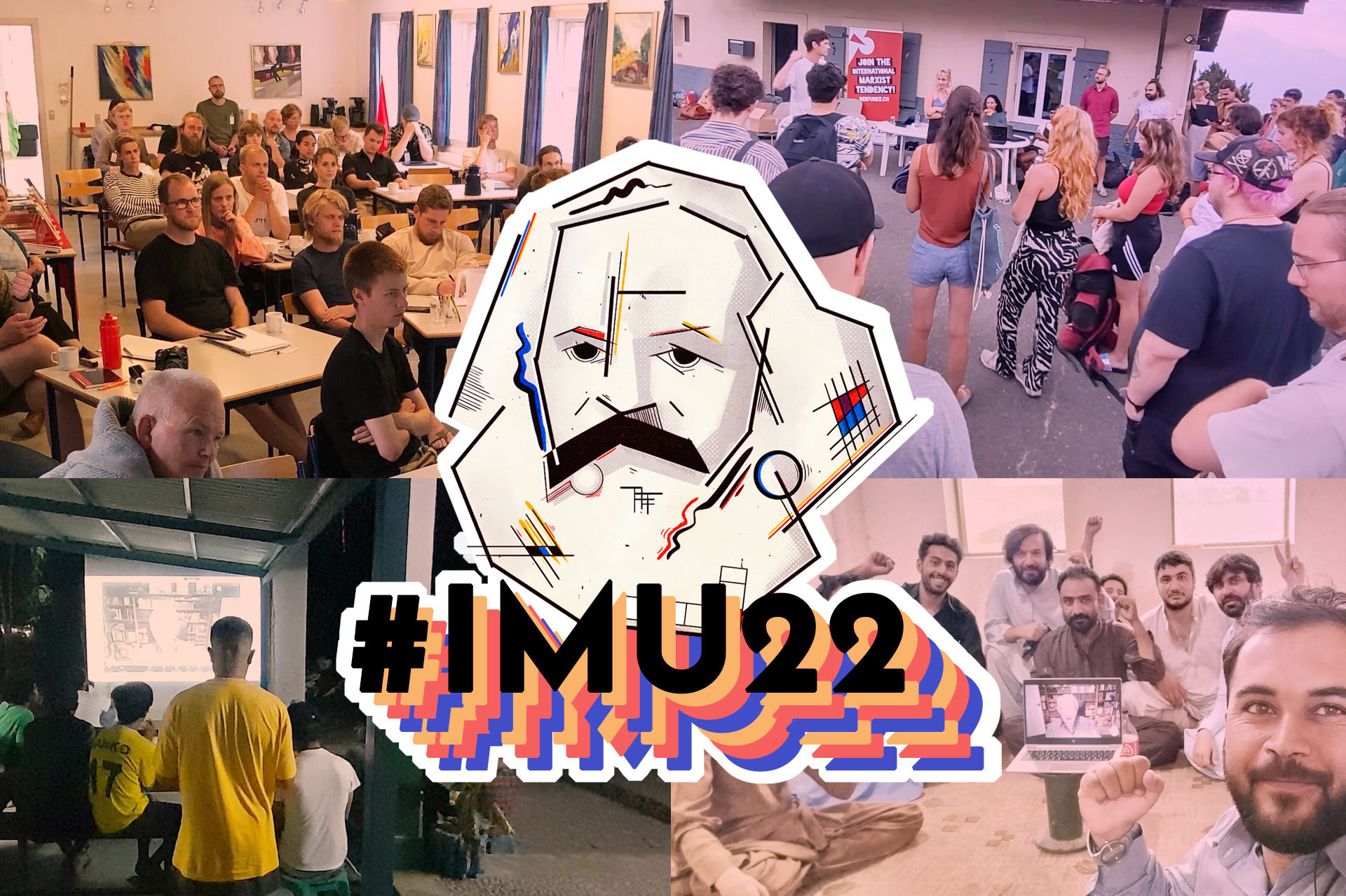 The International Marxist University 2022 (#IMU22) kicked off today with a bang! With almost 7,000 people registered from an astonishing 138 countries, the stage was set for the most-exciting Marxist event of the year – and today’s electrifying opening session on world perspectives did not disappoint. Not to mention the biggest international collection in the history of the International Marxist Tendency (IMT). If you missed it, don’t worry – there are still three more days of incredible talks to look forward to, and we have shared a recording of the stream below. Register for the rest of the IMU if you haven’t already!

Much of the first day was taken up with a session titled: ‘World perspectives: war crisis and revolution – the new normal’, introduced by marxist.com editor Alan Woods.

The importance of addressing the world situation from a Marxist perspective cannot be overstated at a time when the edifice of global capitalism is being shaken to its very foundations. In fact, such is the pace of events that explosive developments are breaking out in a matter of days, rather than weeks, or months. The revolutionary nature of global developments are by now plain for all to see. As Alan Woods said in his introduction: “The working class is beginning to awaken after a long dormant period.”

There is still time to JOIN US over this incredible 4-day festival of Marxist theory to arm yourself with the best ideas in the intensifying class struggle.

The crisis of capitalism may be international, but so too is the revolutionary spirit of our comrades. With watch parties organised all over the world – from Britain to the United States, Timor-Leste to Honduras – the sense of internationalism on display has been truly inspirational. Thanks to the tireless work of the translation team, comrades were able to watch today’s session live in Spanish, French, German, Italian, Portuguese, Urdu, Russian, Swedish, Arabic and Indonesian.

Comrades registered to attend from around the globe, including:

Although the event is online, many comrades have been able to watch the IMU shoulder to shoulder with each other. We have been sent many inspiring images of these watch parties – here are just a few examples:

We are attending #IMU22 from quetta. You?

Getting to ready to watch the #IMU22 in the Swiss mountains with @derfunke_ch. It is our largest ever event. pic.twitter.com/hFYaLsge8L

Our comrades in London have organised a watch party for the International Marxist University, a four-day event focussing on Marxist ideas which is kicking off RIGHT NOW!

Send in your photographs using the hashtag #IMU22! pic.twitter.com/hikGc9UVsg

Our comrade Tom Trottier speaking from the #IMU22 watch party in NYC about the political and economic convulsions in the US! pic.twitter.com/JqnN0fklhe

We received the following report from our British comrades about their watch party in London:

“We are having a fantastic first day of the IMU in London. I think we have 65+ comrades at the venue and the mood is great so far! The comrades were loudly counting down for the introduction video, getting ready for the first session to start. You can constantly hear comrades writing notes on their computers, or in their notebooks… A big group of comrades are now mingling outside the venue, discussing perspectives and politics!”

Alan’s inspiring introduction was followed by a number of interventions from comrades around the world, reporting on the revolutionary developments which are becoming an increasingly generalised feature of global events.

The reports were excellent and varied, but one common thread could be drawn out of all of them. We are living through revolutionary times, and what is missing is the subjective factor: that is, a revolutionary leadership to guide the masses to victory. As Serge Goulart, from Brazil, eloquently put it: “Without revolutionary leadership, the movements of the masses will break like waves on the beach, where they will slide backwards and be forced to begin anew."

The end of the first day saw a record financial collection held, with national pledges announced in front of cheering crowds at various watch parties. Over €775,000 has been raised (so far!), which shows the depth of the revolutionary sacrifice comrades and sympathisers all over the world are prepared to make to build the forces of Marxism.

This is a huge step towards the goal of buying an office in London later this year, which will put the IMT on a solid footing ahead of the tumultuous period we are heading into. As Danielle Anderson from Socialist Revolution, the US section of the IMT stated: “This isn’t just an office. This is really the headquarters of the world revolution.”

The IMU will be back tomorrow at 13:00 GMT, starting off with a session on ‘Marxist and Art’, which will also be introduced by Alan Woods. We will then be running three concurrent sessions from 17:30 GMT: ‘The labour theory of value: the origins of Marxist economics’, introduced by Rob Sewell; ‘The enlightenment and the struggle for rational thought’, introduced by Yola Kipcak; and ‘How Marx made history: the development of historical materialism’, introduced by Jack Halinski-Fitzpatrick.

And if the first day is anything to go by, these look set to be of the highest quality. So register now if you haven’t already, and we will see you there tomorrow!