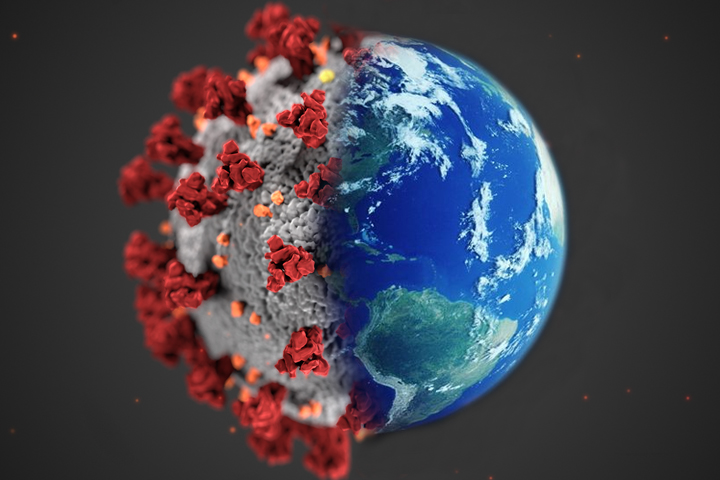 Earlier this month, an independent panel commissioned by the World Health Organisation (WHO) published the findings of its research into the international response to the outbreak of the COVID-19 pandemic. Surprisingly, the report places the blame for the crisis exactly where it belongs: with bourgeois politicians and capitalist bosses. In this period of widespread barbarism and untold suffering, the WHO report shows the brutality at the heart of the ruling class’ response to the pandemic, as well as the ease with which it could have been avoided.

Probably the most striking part of the WHO report is its statistics. Up to 125 million people have been driven into extreme poverty over the last year; at least 17,000 health workers have died from COVID-19; demand for support services relating to violence against women has increased fivefold, and up to 90% of children were unable to attend school at some points in the lockdowns.

The report showed however that, conveniently for the capitalist class, we are not ‘all in this together’:

“The virus has upended societies, put the world’s population in grave danger and exposed deep inequalities. Division and inequality between and within countries have been exacerbated, and the impact has been severe on people who are already marginalized and disadvantaged… Most dispiriting is that those who had least before the pandemic have even less now.”

While inequality is already baked into the foundations of capitalism, the pandemic has made life immeasurably worse for those who the system had already left behind.

Overshadowing these already horrendous revelations is the recent study from the Economist showing that there have been between 7 and 13 million excess deaths over the course of the pandemic with a medium-range estimate of 10.2 million excess deaths. As if this isn’t bad enough, researchers estimate that there are still roughly 33,000 people dying every day from COVID-19 (over three times the number being reported by national governments), meaning that the total death toll could easily exceed 20 million in less than a year.

Even the most conservative estimates give a death toll caused by this pandemic of a similar order of magnitude to the First and Second World Wars. While the bosses and the capitalist politicians slap each other on the back and await the promised economic recovery, the working class is paying with unimaginable levels of misery and mourning.

But surely disease is something inevitable? Surely there is no way we could have prevented the worst impacts of the pandemic and saved millions of lives? The report does not mince its words:

“It is clear… that the world was not prepared and had ignored warnings which resulted in a massive failure: an outbreak of SARS-COV-2 became a devastating pandemic... Since the 2009 H1N1 influenza pandemic, at least 11 high-level panels and commissions have made specific recommendations in 16 reports to improve global pandemic preparedness… despite the consistent messages that significant change was needed to ensure global protection against pandemic threats, the majority of recommendations were never implemented.”

Disease is inevitable, but such a pandemic was not. The uncontrolled spread of the deadly virus around the world, and the needless suffering and deaths of millions that accompanied it, were caused by governments and politicians ignoring the many warnings they received. In 2016, the Commission on a Global Health Risk Framework for the Future estimated that a sufficient preparedness plan to mitigate the impact of a pandemic would cost the US $4.5 billion annually. This is just 0.5% of what the US government spends on its military each year. Yet no such plan was put in place. It is not that governments did not know how to prepare for a pandemic. Bourgeois politicians and governments around the world chose not to spend even a tiny fraction of their budgets to save the lives of millions. 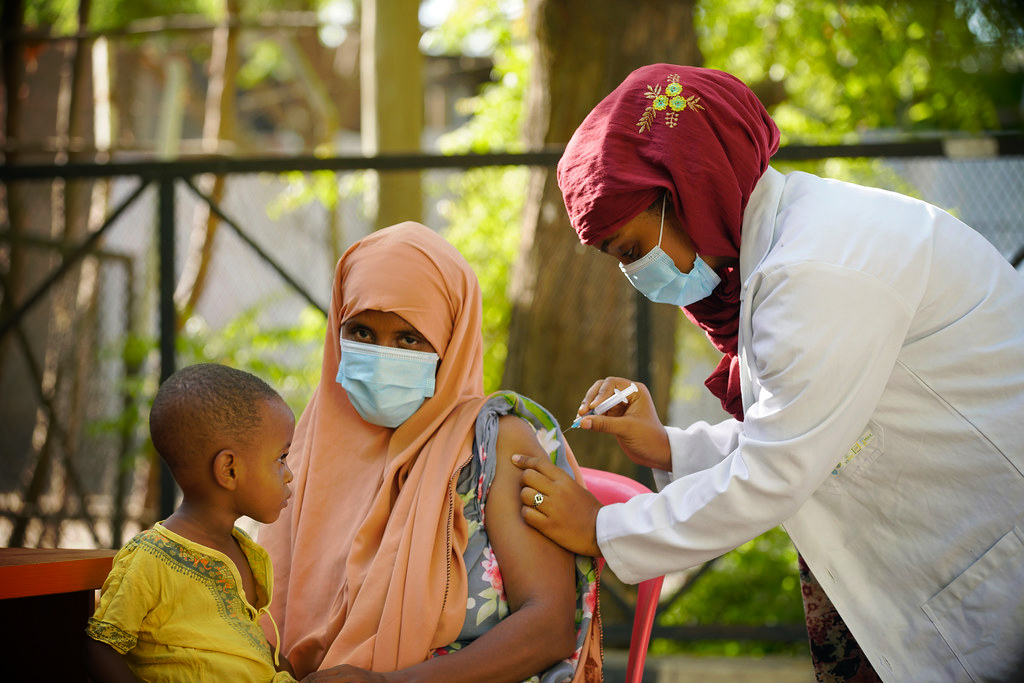 The mad dash for vaccines has seen the richest nations hoard excess doses whilst the virus continues to rip out of control in the world's poorest nations / Image: UNICEF Ethiopia

Even when the pandemic was already raging around the world, governments continued to put profits before human lives. The major pharmaceutical companies were slow to begin research until they were showered with billions from state coffers. The fruits of that vaccine research, only possible thanks to state investment, have been jealously guarded as private intellectual property by the pharmaceutical companies. In May 2020, the WHO set up the COVID-19 Technology Access Pool, which was supposed to allow wealthier countries to share data and resources with each other and particularly with the poorer countries. Despite this, a year after the body was set up, it has still received no contributions whatsoever.

With the pharmaceutical companies unwilling to invest in ramping up production, we have seen a mad dash as nations outbid each other for vaccine doses, with richer countries hoarding to the detriment of the poorest countries. Rather than an international plan to eradicate this disease, national gangs of capitalists are rushing to get “their” population vaccinated so that they can open up the economy, disregarding the fact that this disease does not respect national boundaries.

The blame for the horrors of the last year does not solely lie with bourgeois politicians. The WHO report explains that companies producing much needed supplies and medical equipment openly exploited the situation to their own benefit. By March 2020, medical supply manufacturing was 40% below what was needed. This alone is a criminal failure of capitalist production, but it allowed bosses to exploit the situation through widespread “hoarding, price-gouging and fraud”. The willingness of bosses to maximise profits, cut corners and exploit the needs of the worst-impacted layers of society in any and all ways they could, shows more clearly than ever the barbarism of the capitalist system.

On top of this, the report points out that the drive to keep businesses open and profits high, not only drove the transmission of the virus, but meant that the working class got hit the hardest by the pandemic:

“The nature of the front line and the degree of risk to workers reflects an income gradient, both between and within countries. While those who could, and could afford to, have worked from home during the crisis, others, largely lower-income workers, kept food supplies, transportation and deliveries functioning, risking infection themselves.”

In countries where casual and informal employment levels are higher, national lockdowns had less of an impact on transmission rates. Better pay, job security, guaranteed sick leave and other basic workers’ rights are all connected to lower rates of transmission. But these have always come second to profit and we would be fools to think that something so insignificant to them as the deaths of millions of workers would change the minds of the capitalists. While the bosses have been hermetically sealed in their luxury yachts and penthouse apartments, the working class are left to carry the burden, no matter the risk to their lives.

All of this was completely avoidable. The countless deaths, the millions driven into poverty, the concentration of wealth at the top while the masses face destitution. The pandemic was not just the product of a string of unfortunate failures and incompetent mistakes, it was fundamentally the result of intentional manoeuvrers made by the ruling class to defend profits at the cost of lives.

The WHO report makes a number of demands including improved funding for pandemic prevention and more international cooperation in the production of vaccines and medical equipment. However, we must ask: how can the same system that created this mess be trusted to resolve it? The blunders outlined in the WHO report did not fundamentally stem from the incompetence of politicians, but from the two barriers that capitalism erects between us and the elimination of COVID-19: private property and the nation-state.

Until these are reckoned with, private pharmaceutical companies will continue to regard vaccines as a source of super-profits. Indeed, they are already licking their lips at the prospect of COVID-19 going endemic, so they can keep making a killing by manufacturing booster shots into perpetuity.

And the imperialist countries are doing the bare minimum to deal with a devastating wave of infections in Africa and Latin America, despite the danger this poses to the entire world. Many countries will not see the completion of vaccination campaigns for years, while there is a surplus of doses in the west.

The WHO report exposes the criminal behaviour of the ruling class, and tragically demonstrates that all this could have been prevented. But it does not draw the necessary conclusions from its own report. ‘No more pandemics’, means no more capitalism.