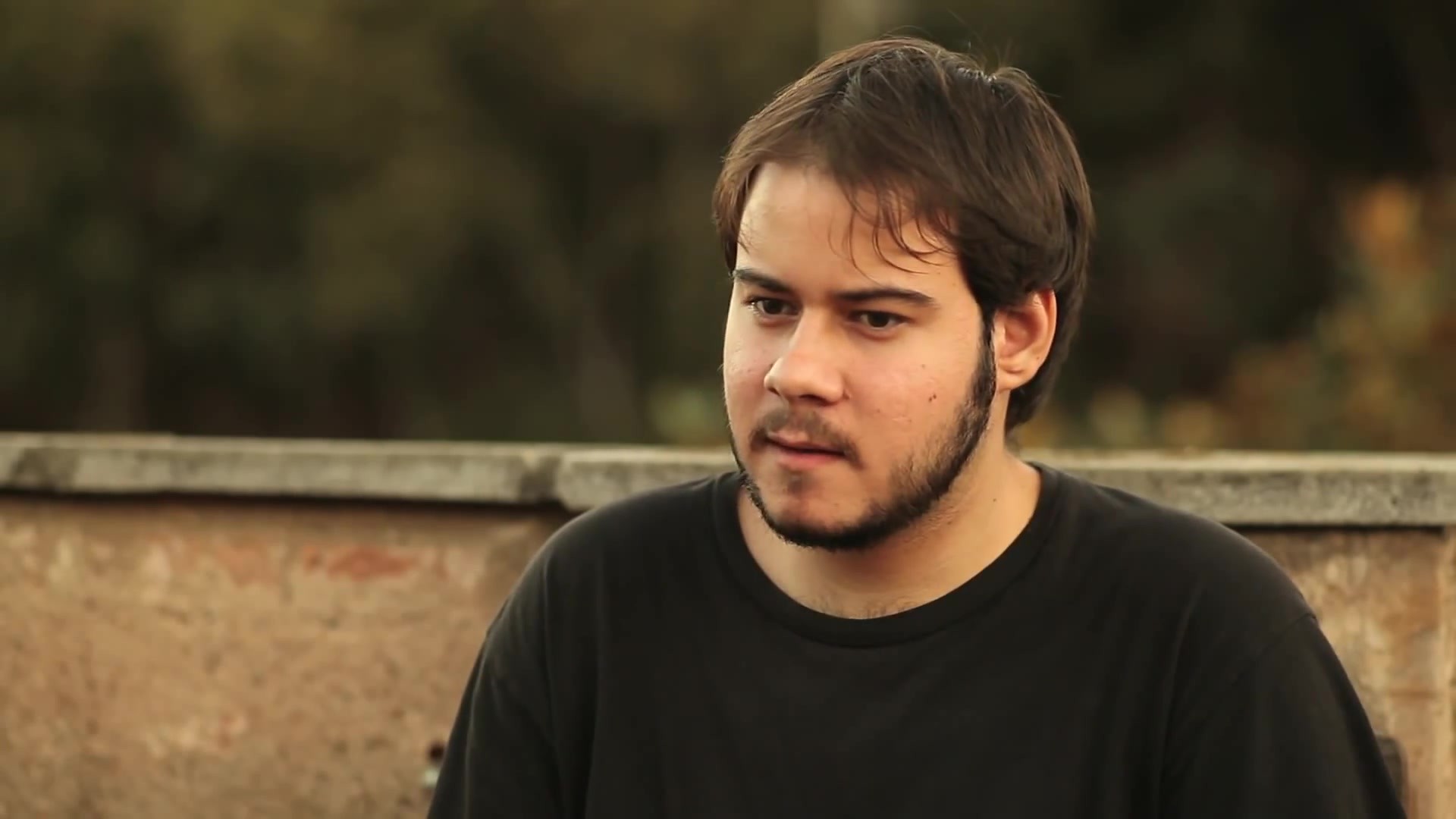 The scandalous arrest of a left-wing rapper for telling hard truths about the rotten Spanish state has led to furious protests against this assault on freedom of expression.

On Tuesday morning, 16 February, communist rapper Pablo Hasel was arrested in a major police operation at the University of Lleida, Catalonia, where he had barricaded himself with a group of sympathisers. As he was being dragged out, he called for the people to take to the streets and vowed to continue the struggle against the state. The National Court (Audiencia Nacional) has sentenced him to over two years in jail on charges of “injuries to the crown and the institutions of the state”, “hate crimes”, and “glorifying terrorism”.

These accusations are based on a series of tweets published over the years. The state attorney highlighted 64 such posts where Hasel denounces police brutality (“The Civil Guard tortures migrants? That’s meant to be democracy. You crack a joke about fascists? You’re glorifying terrorism”; “the police scum claim to ‘protect’ us, while they evict families”; “if you fight for high-quality education the police arrest you or beat you in the head”) and the monarchy (“the Bourbon gangster is carousing with the Saudi monarchy that finances ISIS”; “let’s fight until Philip the Bourbon is finally evicted with his family of parasites who are enemies of the people”; “thousands of elderly people are cold and homeless while the monarch preaches from his palace”). The attorney also pointed to one of his songs, where he accuses former king Juan Carlos I of thievery.

The irony is that these tweets and songs express the bitter truth. In August 2020, as incontestable evidence of his corrupt activities piled up, Juan Carlos fled from Spain with the connivance of the Spanish government, the justice system, and his son Philip VI, the current monarch. He now lives a luxurious retirement on the public payroll in Dubai, where he was welcomed by his satrap friends of the Gulf States. His granddaughter princess Leonor is now going to study at an expensive boarding school in Wales. A sarcastic headline on state TV drawing an analogy between her departure and Juan Carlos’ led to the dismissal of the scriptwriter that wrote the pun. Hasel’s denunciation of the brutality meted out by Spanish police was also dramatically vindicated last week, when two off-duty drunken policemen savagely beat up a father and his daughter in Linares, in southern Spain. This latest episode of state violence provoked mass demonstrations, which were heavy-handedly put down by riot police. In short, Hasel is being jailed for telling the truth. This is a case of blatant censorship, an attempt to cow the youth into silence and submission and shield the rotten institutions of the state, especially the monarchy and the police from criticism.

This is not the first such attack against freedom of speech in Spain in recent years. Leftist and Catalan pro-independence rapper Valtònyc is in exile in Belgium after being sentenced to over three years in jail by the Spanish authorities. In fact, Spain tops the list of countries with most artists in jail, with 14, right ahead of Iran, according to the NGO freemuse.

Many of these convictions are based on legislation against the glorification of terrorism connected to the so-called war on the Basque armed group ETA. However, ETA abandoned its activities 10 years ago. On top of this, Spain has harsh Lèse-Majesté legislation, and rules against defamation that are used by the authorities as a battering ram against political dissent. If this was not enough, in 2015 the right-wing Rajoy government, harried by street demonstrations, passed the infamous “gag law” that restricted the right to protest and enhanced police impunity. The left-wing party Unidas Podemos, which is part of the coalition government in power in Madrid, has proposed to modify some of these laws. Yet, as Hasél has noted, this is not simply a legal problem involving this or that piece of legislation, but a political problem that sinks its roots deep in the Spanish bourgeois state.

The judiciary was hoping Hasél would follow Valtònyc’s steps and go into exile. After his conviction, he was allowed to travel to Belgium and Venezuela. However, he courageously decided to return to Spain. He also refused to pay a €40,000 fine that might have softened the charges. In the end, he also refused to abide by a court order to hand himself over and barricaded himself in Lleida University so the police would have to drag him out in broad daylight. The 10-day deadline from the court came and went, but the police did not want to arrest him before the Catalan elections so that his jailing would not affect the results in any way. In recent days, dozens of rallies have taken place against Hasel’s imprisonment, in Catalonia and across Spain. In most cases these rallies were ruled illegal by the government.

Connected to this mood of anger and defiance, the recent election campaign in Catalonia saw mass mobilisations against the far-right party Vox, which was often barred by the protesters from holding its election rallies. In all cases, Catalan police defended Vox rallies and charged at the anti-fascist protesters.

The judge in charge of the Hasel case, Concepción Espejel, is a die-hard conservative with close connections to the right-wing People’s Party. But this is not in the least surprising. The Spanish judiciary is renowned for its reactionary bias. The National Court, entrusted with prosecuting terrorism and crimes against the state, is especially infamous for its heavy-handed methods and its Francoist ideology. This is the offshoot of the Public Order Court (known as TOP in its Spanish acronym), which was the dictatorship’s judicial organ for political repression. Things are no better with the police forces. Suffice it to note that the largest police “trade union”, Jupol, is aligned with far-right, neo-Francoist party Vox.

Just as Hasel was being jailed, People’s Party boss Cristina Cifuentes was acquitted from numerous charges of corruption that were backed up by abundant evidence. A few days ago, an army veteran that had circulated a video threatening left-wing government ministers and shooting a gun at targets with the ministers’ faces was absolved too. Last week, an overtly antisemitic neo-Nazi demonstration was allowed by local and state authorities in Madrid to commemorate Franco’s Blue Division that fought the Soviet Union alongside Hitler. That very same day, on the grounds of COVID-19 restrictions, a rally in Madrid in defence of public services was banned. These are all examples from the last week or two.

The Spanish state is not neutral, but has a very clear class and political character. It is the watchdog of the Spanish ruling class, which is parasitic and backward. Historically, it has faced numerous episodes of revolution and popular rebellion. It has often taken recourse to repression to defend its property. It very much prefers the stick to the carrot, which is better suited to its rentier lifestyle. It glosses over its narrow and selfish class interests with the intolerant, obscurantist, and intellectually barren ideology of Spanish nationalist Catholicism. Inevitably, the repressive state apparatus called to defend this unjust state of affairs reflects, and indeed magnifies, the corrupt and bigoted nature of its bourgeois masters. The Spanish state apparatus was inherited wholesale from the Franco dictatorship – which in turn was formed during the White Terror against the Spanish revolution of 1936. The farcical “transition to democracy” in the 1970s, sealed in the 1978 constitutional pact, not only failed to purge the Francoist state bureaucracy, but in fact maintained its sinecures and its powers. The repressive structure of the 1978 regime is crowned by the Bourbon monarchy, put in place by Franco as a Bonapartist backstop for the regime.

The crisis of the regime

The hardening of censorship and repression we are witnessing reflects the fears of the Spanish state – which are a twisted expression of the insecurities of the ruling class in its entirety. The malaise generated among workers and the youth by the pandemic and the economic slump, which arrive after a decade of crisis and austerity, AND the unbearable inequality and precariousness of life, are preparing the ground for unprecedented explosions in the class struggle. The protests against police violence in Linares and the rallies against Vox are a taste of things to come. As we write these lines, thousands of youths are demonstrating against Pablo Hasel’s imprisonment and building barricades in some 70 towns and cities in Catalonia, above all, but also in Valencia and Mallorca. Pablo Hasel hails from this region, with deep-rooted revolutionary traditions, and which has seen numerous mass movements against repression and for self-determination in recent years. More demonstrations are planned for the following days across Spain.

State repression, as is often the case, is not a sign of strength but of weakness. The social base of the 1978 Bourbon regime inherited from the dictatorship is becoming increasingly narrow, apprehensive, and fanatical, and consequently more odious in the eyes of the masses – indeed, the most vocal defender of the regime is now the far-right party Vox.

The regime (the monarchy, the judiciary, the police, the army chiefs, the upper echelons of the bureaucracy) is lashing out against the government of the left-wing UP and Social Democracy. It cannot tolerate even the meekest questioning of its power and privileges. We defend the government against these attacks. However, the truth is that, unbeknownst to hidebound magistrates and rightist police officers, the coalition has become an important shock absorber for the regime. This is to be expected from the Social Democrats of the PSOE, whose class function is precisely to dupe and confuse workers. But UP finds itself on a slippery slope to degeneration and oblivion. It is tied hand and foot with the PSOE, which in turn is bound up with the ruling class and the state apparatus. Therefore, its ability to criticise the regime has been severely curtailed. It has only issued the mildest protest against Hasel’s imprisonment. Its opposition to the monarchy has also been noticeably blunted. Last week, government representatives in Madrid authorised the Blue Division demonstration mentioned above. The PSOE and the UP ministers have a mortal fear of the state apparatus and the ruling class, and tend to yield before the slightest pressure.

The coalition in fact is protecting the regime on its left flank. Not only that, but UP’s alliance with the Social Democrats has also revitalised the PSOE, which only six years ago was on the verge of collapse. Pablo Iglesias and other UP leaders have systematically played up the PSOE’s left-wing credentials. This was reflected in Sunday’s Catalan elections, where the PSOE affiliates scored a decent result, while discontent was expressed not through UP but through pro-independence leftist parties ERC and CUP.

In any case, history will not wait for UP to rise to its tasks. Pablo Hasel’s imprisonment is a declaration of war on the Spanish youth and class-conscious workers. It is time to take to the streets against the oppressive 1978 regime and the exploitative capitalist system on which it rests. Repression cannot halt the historical process of revolution. In the words of poet Miguel Hernández, who died in Franco’s jails:

“or hobbled a hurricane?

“or kept a lightning bolt