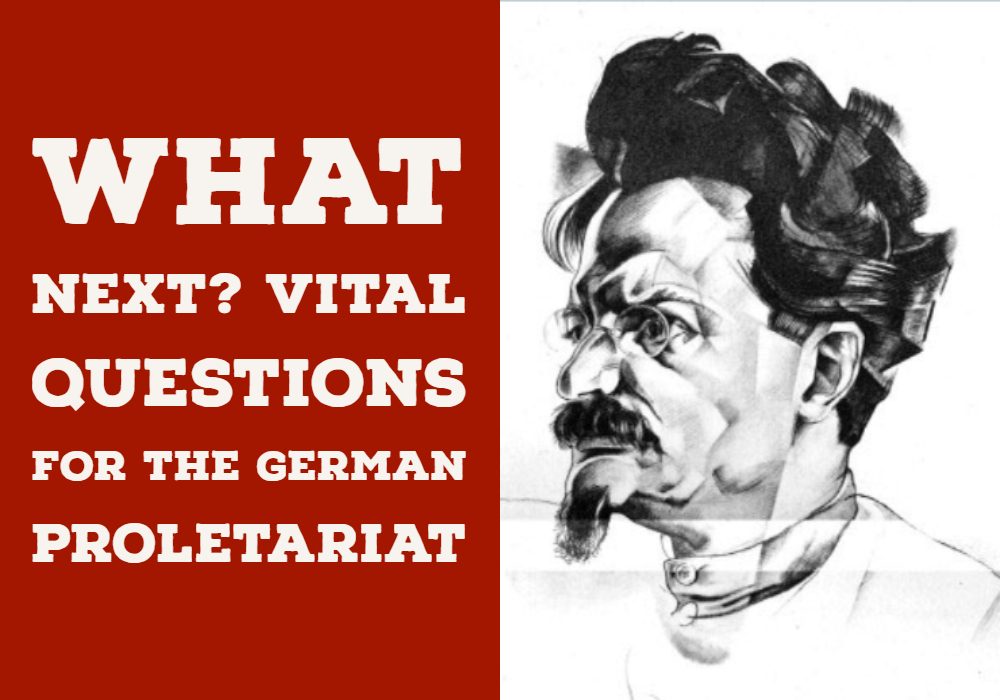 There cannot be the slightest doubt that the course of events will demonstrate the correctness of our position. But in what manner will history demonstrate its proof: through the catastrophe of the Stalinist faction, or through the victory of Marxist policies?

Therein lies at present the crux of the entire question. This question is the question of the fate of the German nation, and not of its fate alone.

The problems that are analysed in this pamphlet did not originate yesterday. For nine years now the leadership of the Comintern has busied itself with the revaluation of values and with disorganising the vanguard of the international proletariat by means of tactical convulsions which in their totality fall under the label of “the general line.” The Russian Left Opposition (Bolshevik-Leninists) was formed not only because of Russian problems but also because of international ones. Among these, the problems of the revolutionary development in Germany occupied by no means the last place. Sharp divergences on this subject date back to 1923. During the succeeding years the author of these pages spoke more than once on these controversial questions. A considerable portion of my critical works has been published in German. The present pamphlet is in its turn a contribution to the theoretical and political work of the Left Opposition. Much that is mentioned hereafter only in passing was in its time submitted to detailed analysis. Therefore I must refer my readers for particulars to my books, The Third International After Lenin, The Permanent Revolution, etc. Now, when these differences confront everyone in the form of a great historical problem, it is possible to estimate their origins much better and more profoundly. For the serious revolutionary, for the true Marxist, such a study is absolutely essential. Eclectics live by means of episodic thoughts and improvisations that originate under the impact of events. Marxist cadres capable of leading the proletarian revolution are trained only by the continual and successive working out of problems and disputes.

Transcribed for the Trotsky Internet Archive in 1998. This essay on Germany by Trotsky was first published in 1932. It was written originally in Russian and then translated immediately into German for distribution by German Left Oppositionists. Each section is footnoted by the author. Edited for Marxist.com in November 2019 (HTML, spelling, scan errors).